‘Underwater’: No one can hear you scream that dive into disaster seems scarily familiar 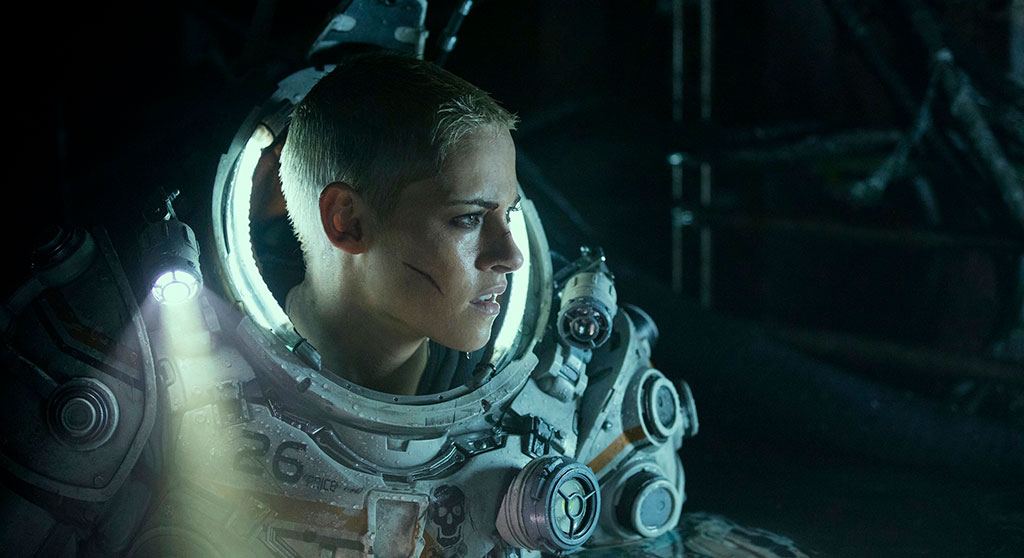 ‘Underwater’: No one can hear you scream that dive into disaster seems scarily familiar

It turns out “1917” isn’t the only beat-the-clock film this weekend. “Underwater,” a 95-minute race against time, gets its start early and rarely lets down. No, it’s not as harrowing, sharp or intelligent as “1917,” and that’s not because it’s a sci-fi thriller that asks a lot of its viewers – it’s because it’s an ersatz hodgepodge of genre cornerstones that have come before, namely “The Abyss” (1989), the “Alien” films and so on. To say more might spoil some not-so-surprising twists. 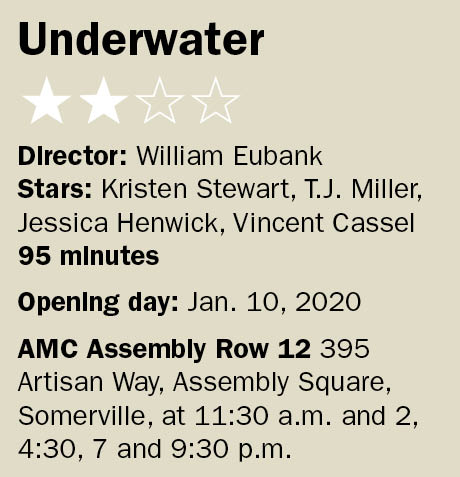 We begin with ominous news clippings about mysterious tremors off the Pacific coast and plunge quickly down to a drilling platform 7 miles beneath the ocean surface. There Kristen Stewart’s Norah, a mechanical engineer and one of 300 workers on the rig, brushes her teeth casually as the ring-shaped structure shifts and groans worryingly. More groans, a droplet of water and then all hell breaks loose. By the time we come up for air – and it’s a jittery, frenetic sequence, maybe the film’s best – most of the structure’s gone, as are most of those 300 employees. In a sealed-off section, Norah and five other survivors come to the unhappy realization that they’re trapped, with no serviceable means of returning to the surface, and the rest of the gigantic structure is collapsing slowly down on them.

The answer, as the rig’s captain (Vincent Cassel) has it, is clunky robotic diving suits designed to withstand all that pressure and an iffy, near blind amble across the ocean floor to an older facility that may have resources to get home. Up to that point, and at the onset of that sojourn, the film’s pretty gripping (think “Deepwater Horizon” inverted) but then something weird and ghostly swims by and our budding character study becomes a creature-feature fear fest – and not a very compelling one.

Directed by William Eubank, who showed poise and promise with the mind-bending thriller “The Signal” (2014), the film’s composed competently enough, and production values are high. It’s just all weighed down by an inert storyline that doesn’t even feign putting a new spin on old tropes: As they prepare to make the trip, Norah tells the other surviving woman, Emily (Jessica Henwick), to take off her pants, as they won’t fit in the deepwater diving suit, though the goofball big boy of the group (T.J. Miller) fits into the unisex exoskeleton just fine. Later on, like in Ridley Scott’s 1979 deep space thriller, there’s a panty-line payoff; it’s not egregious, but most definitely worthy of an eye roll. Through it all, the bespectacled Stewart (sporting an Annie Lennox bob) maintains a commanding hold of the screen, casting palatable emotions as needed. Without her, “Underwater” might have been a full-on collapse; even with, when the camera starts to settle on Norah and her mates and something crashes down or swims in from the dark, it reminds us that these humans are just chum. Best not to get too attached.