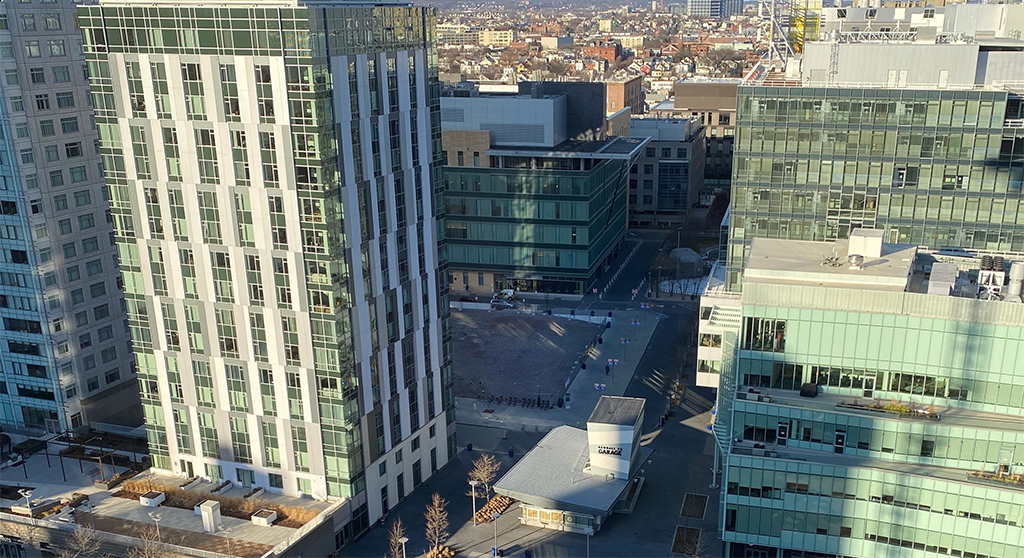 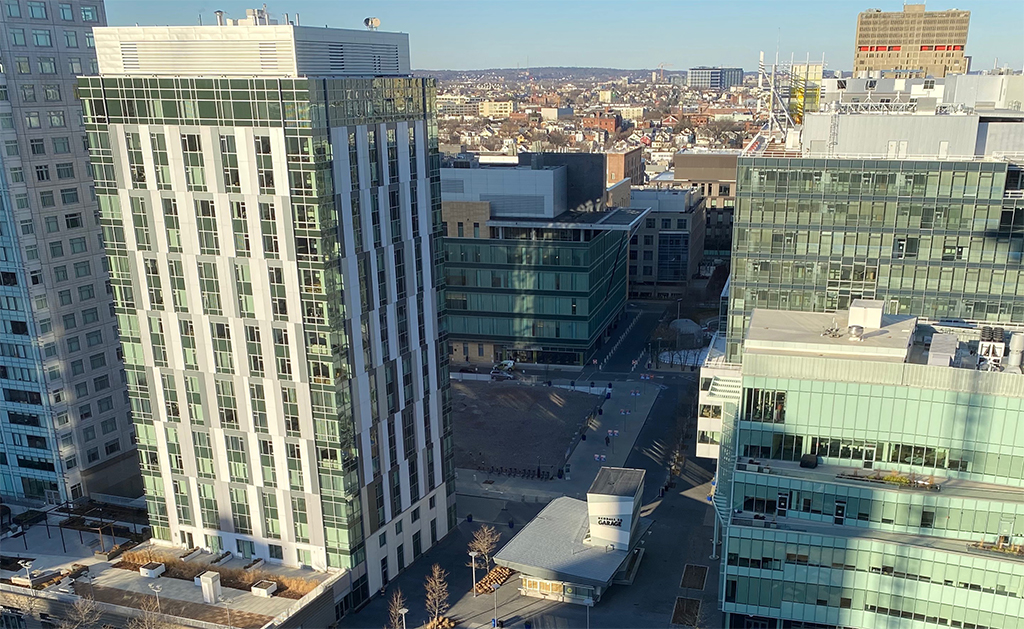 Cambridge has been waiting since 1999 to find out what’s going to fill 585 Third St., the gravel pit Kendall Square grew up around. For most of that time, the vacancy was known as the future home of a grand performance hall called the Constellation Center; more recently it’s been referred to as Parcel C. Its next name, design and purpose is set to be revealed at a community meeting Feb. 27.

“Your input – communicated over months of surveys, open houses and interviews – has played a key role in the design of this project, and we are very excited to share it,” BioMed Realty says in an invitation to a meeting where principals will “reveal our plans for this important site, which we hope will provide new energy and vitality to the Cambridge arts scene.”

The company has committed to community and arts uses by providing space for the CultureHouse activity popup; hosting dance in unexpected spaces; bringing in muralists; and hosting quirkily curated small-vendor markets.

Cambridge Community Center for the Arts

The meeting also trumpets a new, ongoing arts use from BioMed: The space it’s donating to the Cambridge Community Center for the Arts for two months of dance, martial arts, fitness, music and theater – stepping in as the group’s initial concept for using Inman Square office space ran into lease issues.

“The focus has been to support artists and organizations that had recently lost their space with the closure of Green Street Studios, the elimination of public dance rehearsal space at MIT and the closure of Ryles Jazz Club,” Windhausen said. The two-month winter session at 500 Kendall St. organized by CCCA director Dan Marshall features mostly artists who lost their spaces.

It’s the kind of thing likely to find a more permanent home a minute’s walk away at 585 Third St., at what replaces the Constellation Center.

Tech philanthropist Glenn KnicKrehm conceived of the hall, at one time expected to open in 2012 on the 35,865-square-foot lot at Kendall and Athenaeum streets. But fundraising lagged over the years as painstaking acoustical research went on and costs grew – from $85 million in 2007 to an estimated $300 million. In April 2018, KnicKrehm announced he would instead sell the lot. BioMed bought it the following August for $50.5 million, making it part of its 10-acre area now known as the Canal District.

The space is required to have an arts component; BioMed has said it will need some combination of residential, office and lab use attached to work financially. “We’re going to propose a rezoning for the site,” Salvatore J. Zinno, vice president for development at BioMed, said in June.