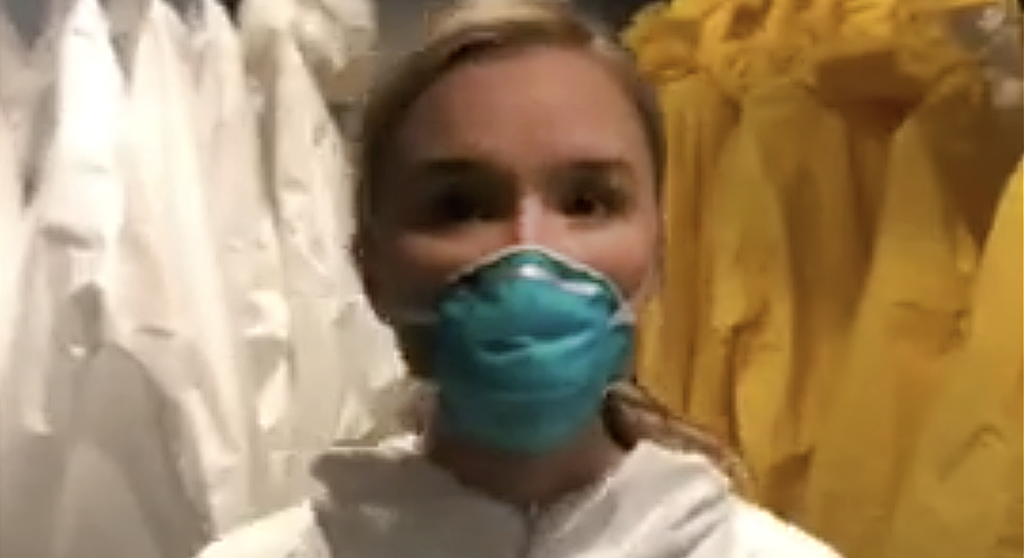 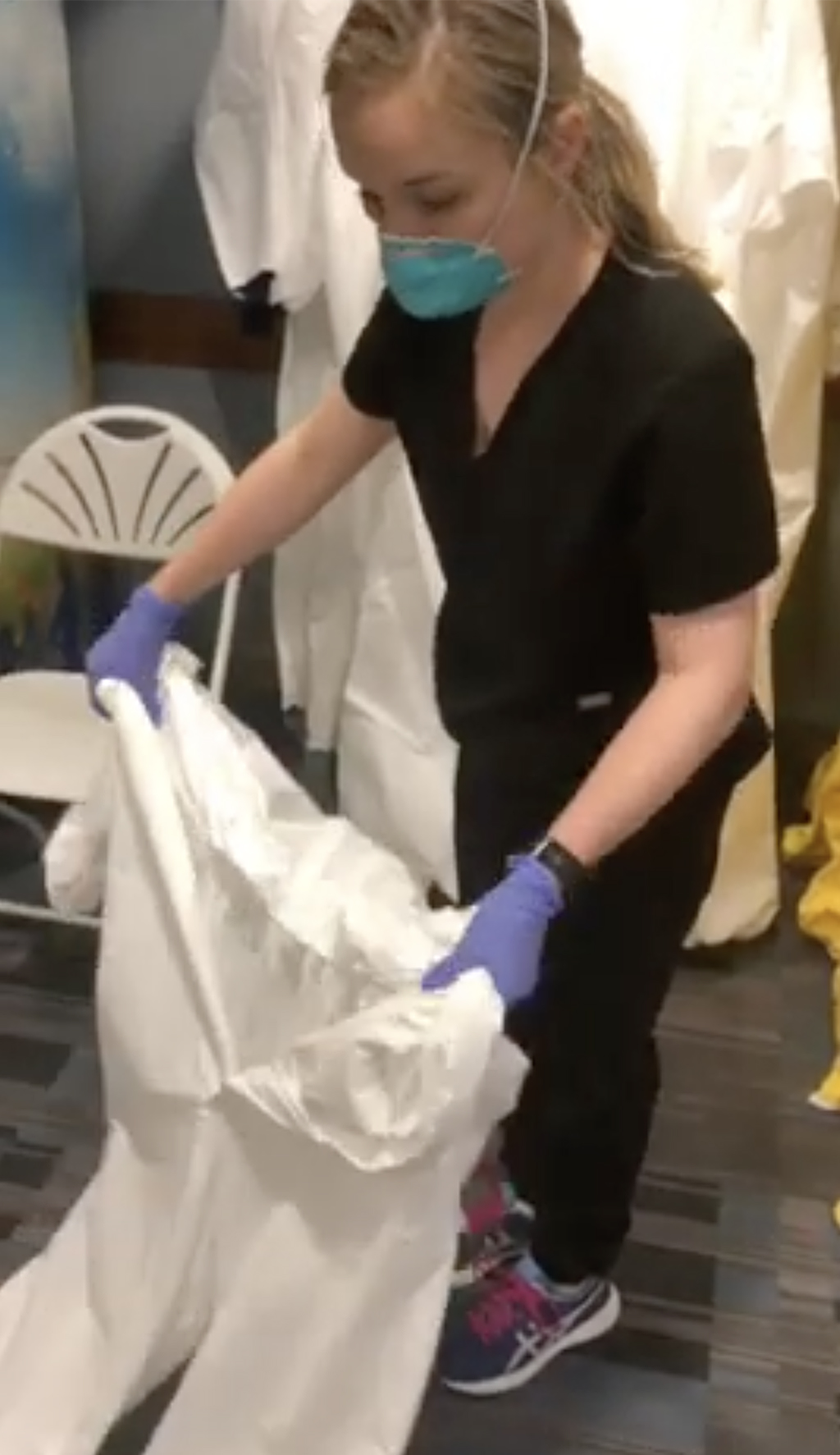 Cambridge Health Alliance lacks patient monitoring equipment as well as masks, shoe coverings and other protective gear to keep employees and patients safe during the Covid-19 pandemic, union nurses say. After they couldn’t get a meeting with chief executive Assaad Sayah to talk about it, the nurses set a press conference for Wednesday at Cambridge Hospital.

Almost 150 employees of the Alliance have tested positive for Covid-19, the Massachusetts Nurses Association said. The health care system has claimed none got infected on the job – allegedly to avoid paying worker’s compensation, the union said.

CHA spokesman David Cecere said that description was “not accurate” and added that the town hall was part of the “brokered agreement.”  Decker’s office sent an automatic response to an email from Cambridge Day saying she was receiving a high volume of messages and someone from her office would answer as soon as possible. The town hall event was held; Cecere said about 225 nurses dialed in.

Cecere also said that employees who can’t work because of the virus get full pay without having to use their benefits, which he said was more generous than workers compensation.

Cecere said the Alliance “values the tremendous work that our nurses and entire staff are doing during these extraordinary times. Their unwavering commitment to providing patients with quality, compassionate care is nothing short of inspiring.”

He said CHA considers it a priority “to ensure that all of our employees have access to appropriate [protective equipment] that is safe, protects their health and limits risk of infection spread. We are extremely proud of the thoughtful and creative ways we achieved this while managing inpatient volume that surged more than any other hospital in Massachusetts.”

Previously Cecere acknowledged that the pandemic “has had a tremendous impact on the health care supply chain,” and he said the Alliance “is working very hard to outfit our staff with the needed [protective equipment] in spite of the challenges presented by this crisis.”

A petition that the MNA said was signed by 72 percent of the 700 nurses at the Alliance demands that the health care system provide all “essential workers” with “one new, unused and properly fitting N95 respirator per shift worked.” The petition also called for a “hazard pay” addition of $10 per hour for licensed workers and $5 for unlicensed employees, retroactive to March 10, and for all employee infections to be presumed work-related.

Nurses “continue to risk exposure to Covid-19 on every single shift while providing the care that is needed,” the petition says. “Countless informally documented exposures have already occurred even under faithful adherence to evolving [protective equipment] policy and the mask reuse program, internal testing and contact tracing interventions remain insufficient, and we lack affordable access to alternate housing and child care for protection of our loved ones.”

In a response to the petition, CHA said it couldn’t provide the masks, didn’t think the pay was appropriate or fair, and that infected workers could apply for worker’s compensation if they wanted.

The state has distributed 62,620 N95 masks, the type that the nurses said is being unsafely reused at the Alliance, to hospitals in the Metro West region, where the Alliance is located, according to the latest state Department of Public Health report Tuesday. The state health department is not identifying individual recipients and does not provide the other equipment the union said is lacking.

Early in the emergency, the Alliance developed its own system for decontaminating N95 masks so they could be reused. The union says the method is unproven and there’s no evidence that masks can be safely reused. Previously workers would wear a new mask as often as once for every new patient.

In a statement posted on the Alliance website Wednesday morning, CHA said its decontamination system using ultraviolet light complied with federal and state guidance. Early last month, the state and Partners Healthcare arranged for an Ohio company, Battelle, to set up a decontamination machine capable of sterilizing up to 80,000 masks a day at Assembly Square in Somerville. Cecere has said CHA is not using that machine. The Battelle system obtained emergency approval for the equipment from the federal government; it’s not clear whether the union would accept any mask reuse system as safe.

The nurses also said the Alliance doesn’t have enough monitors with alarms to alert nurses when a patient’s oxygen level suddenly drops; that’s a danger for Covid-19 patients contending with the lung damage caused by the virus. According to the union, CHA plans to use baby monitors if necessary, which nurses said is unsafe. One 32-bed Covid-19 unit has 16 adult monitors, the nurses said. The CHA statement Wednesday morning said there is now adequate oxygen monitoring equipment “to accommodate the current Covid-19 patient volume.”

Nurses want the Alliance to provide more testing for employees, either onsite at CHA or at another location reserved for workers. The Alliance now offers free Covid-19 tests to the public in Malden, Somerville and Cambridge; previously employees could be tested at a mobile site next to Somerville Hospital. That site is now open to the public. The Alliance said Wednesday that 870 employees had been tested, about one-fifth of its workforce, and 151 tested positive. CHA followed federal guidelines “and other best practices” in deciding which workers could be tested, it said.

This post was updated May 20, 2020, with additional information about the press conference and town hall events held that day.