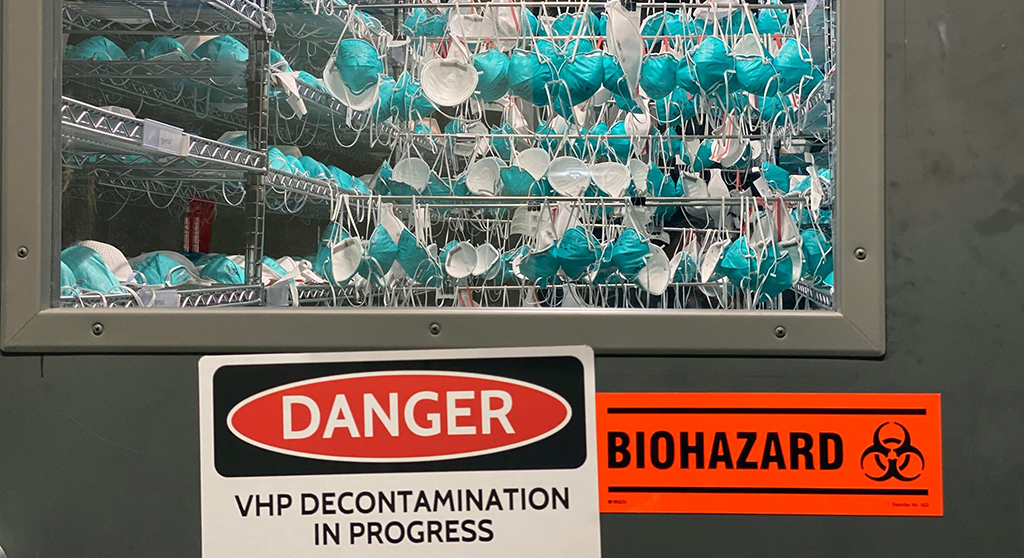 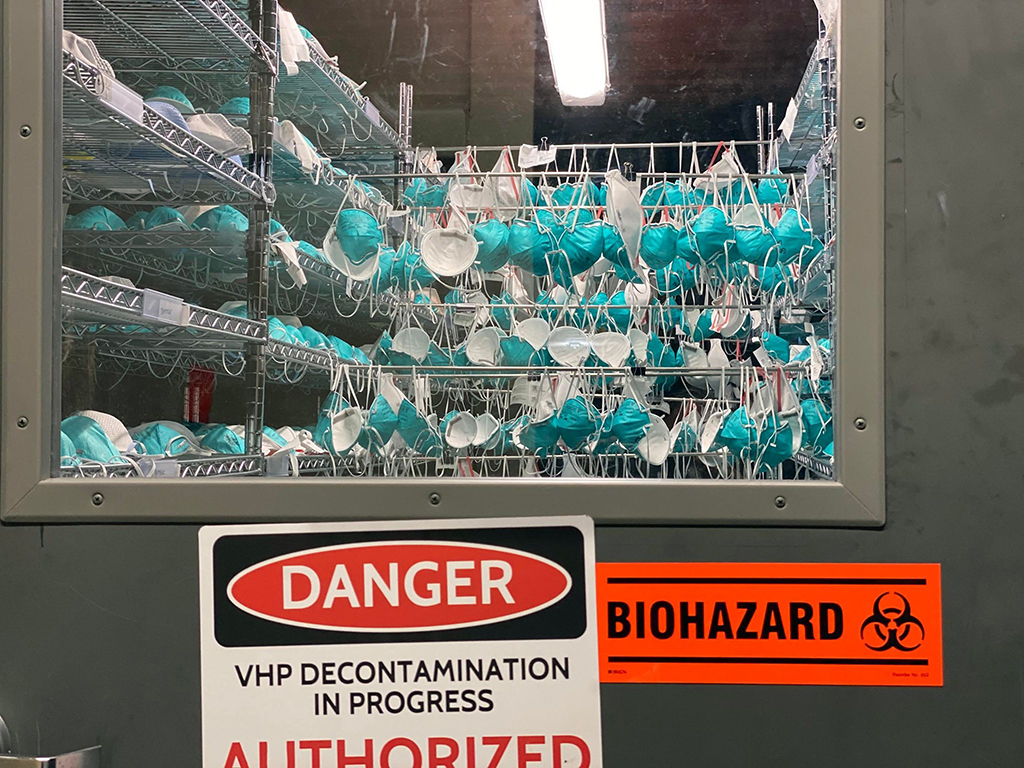 Battelle, an Ohio research center, has developed technology to sanitize up to 80,000 masks a day. One of the devices is coming to Somerville. (Photo: Battelle via Facebook)

As the number of Cambridge residents with positive test results for Covid-19 leaped to 119 on Thursday from 96 the day before, top state officials announced steps to expand testing for nursing home residents and bring sorely needed masks to hospitals and nursing home workers.

Update on April 5, 2020: On Sunday the number of residents with the virus rose to 149, up nine from Saturday’s total; there were 119 cases as Cambridge entered the weekend.

One new facility intended to improve the supply of N95 masks necessary for health care workers, a newly approved machine that can sanitize up to 80,000 masks a day, will be stationed at the former Kmart site in Somerville’s Assembly Square, Gov. Charlie Baker said Thursday. It will allow the masks to be reused.

Battelle, an Ohio research center, developed the technology. The U.S. Food and Drug Administration first limited the machine to cleaning only 10,000 masks a day despite Battelle’s assurances it could decontaminate up to 80,000, then relented after protests from Ohio leaders and allowed the higher number, according to a report in The Columbus Dispatch.

Baker also announced that Massachusetts would get almost 1 million masks from China on Thursday night under a hastily organized deal that included Patriots owner Robert Kraft providing a Patriots airplane to fly the masks from China to Boston. Some of the equipment will go to New York City and Rhode Island, he said.

The Massachusetts Health and Human Services secretary, Marylou Sudders, said the state will distribute masks to health care facilities in amounts that will give them a seven-day supply. Sudders also said the Department of Public Health will disclose the names of recipients. Many hospitals and hospital workers say their stocks of masks are inadequate. Cambridge Health Alliance has asked for donations of masks and other protective equipment.

Nursing homes, generally overlooked in publicity about the scarcity of equipment, are also running out of items such as masks, gowns, face shields and sanitizer, the president of Massachusetts Senior Care Organization said Wednesday. One Cambridge facility, Cambridge Rehabilitation and Nursing Center, has posted a plea for donations on its website.

Cambridge is not reporting the number of cases at nursing homes or assisted living centers in the city routinely, and on Wednesday a spokeswoman said there were none as of that date. On Thursday public health department spokeswoman Susan Feinberg didn’t respond immediately when asked if there are now any cases. There are three nursing homes and three assisted living centers in the city.

Still no coronavirus cases at city nursing homes, but need for protective gear is becoming urgent