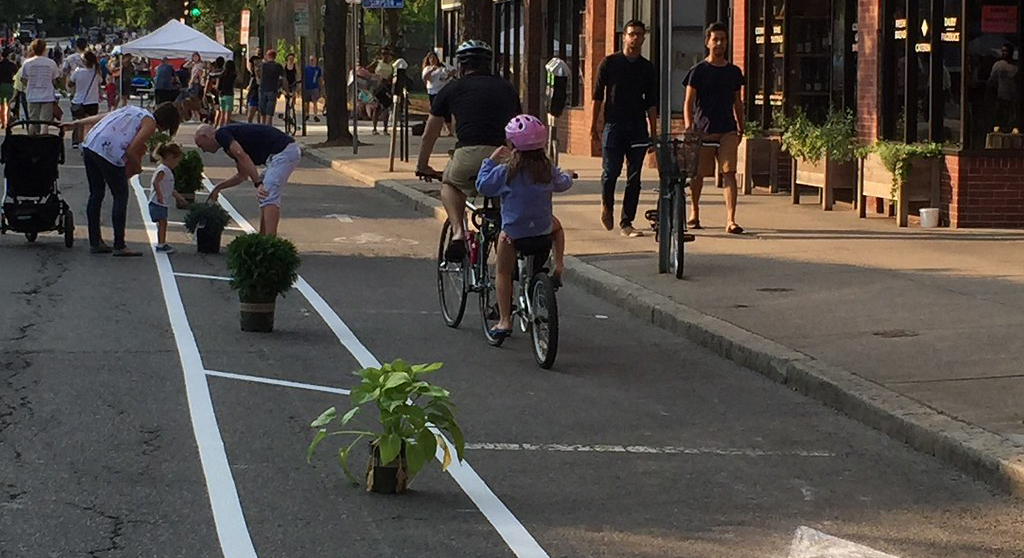 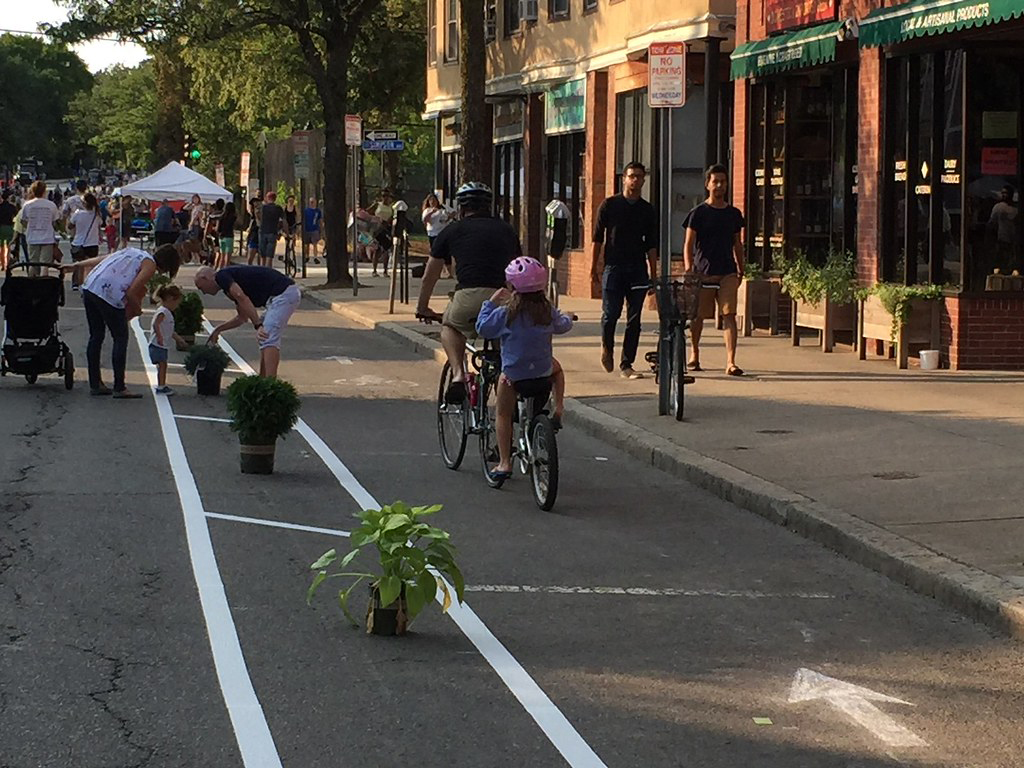 Instead of closing streets for festivals, Somerville says it will close some residential roads to allow for social distancing.(Photo: City of Somerville via Twitter)

Somerville will restrict vehicle traffic in favor of cyclists and pedestrians on some residential roads, officials said Sunday, helping facilitate social distancing as the state begins a four-phase plan back to normalcy after a wave of coronavirus infections. The initiative, echoed in Arlington, Boston, Brookline and nationwide, is something of a sore spot for Cambridge, which not too long ago positioned itself as the first city mandating bike infrastructure installation – but is stuck over pedestrianizing streets.

After a month of wrangling, the City Council passed an order April 27 to do what Somerville is doing, but City Manager Louis A. DePasquale and his administration have yet to act.

On Wednesday, the city announced it would shut down Memorial Drive on Sundays as in prior years to become the seasonal “Riverbend Park.” This year the opening was delayed despite councillors’ calls for it to open early, for more days of the week and encompass more of the road than in the past to allow for social distanced exercise.

“The city manager has opted to delay any implementation. The concern about potential overcrowding could easily be monitored and addressed. Other cities are now ahead of Cambridge on this issue,” councilor Patty Nolan said.

Vice mayor Alanna Mallon sounded a similar note, reminding DePasquale and his staff Monday of how further ahead other cities were on the issue. “We have been patient, we have been looking at the data, we have been waiting anxiously for our own version of safe and healthy streets,” Mallon said.

Bicyclists have also expressed frustration as the reopening of businesses neared, noting that a commute from Somerville through Cambridge and into Boston that gets disrupted at city lines could cause social distancing to be abandoned and the red line to become packed again. “I don’t know who in our city government is responsible for dragging his or her feet on this, but they should be ashamed or do something ASAP to fix this situation,” one resident said on a city biking forum. Another poster said they were “terribly disappointed with Cambridge’s appalling lack of leadership in this area.”

“Opposite” of what councillors wanted

Looks into closing some neighborhood streets to drive-through traffic and using Memorial Drive for exercise were asked by councillors in March, but as of mid-May, DePasquale was proposing no action on neighborhood streets and only a two-Sunday test of the limited stretch of Riverbend Park. The plan was put in place with the agreement of the state Department of Conservation and Recreation, officials said., after the state held the park closed past what would have been a May 10 opening in other years.

A heavy police presence for the two-Sunday test was described by police commissioner Branville G. Bard Jr., who said his department would be “in constant contact with DCR and the state police.”

“We think we have things in place that will allow us to go back to the summer schedule that we’ve had in the past, where that part of Memorial Drive would be closed on Sundays. We’ll evaluate that after two weeks to see if, one, we should consider doing more or if, two, we should consider saying that this may need to have a temporary stop,” DePasquale said. “I’ve made it clear to DCR that I needed that flexibility.”

But if the fears were that Memorial Drive would become a destination where people were not social distancing, a two-day test from 11 a.m. to 7 p.m. Sunday and May 31 set it up for failure, councillor Jivan Sobrinho-Wheeler said.

“Closing to cars one day per week may not see the same result as seven days a week. The two council policy orders were really focused on closing significant numbers of streets all the time, so the effect would help lead to fewer people at any one time,” Sobrinho-Wheeler said. This approach turns it into a “special thing that’s only available one day.”

It was “the opposite” of what councillors wanted, he said later.