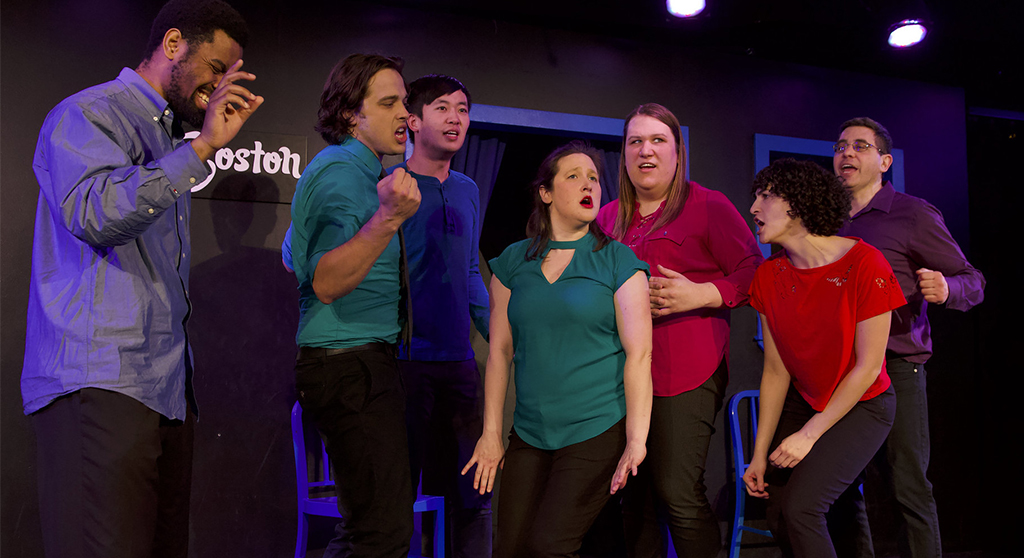 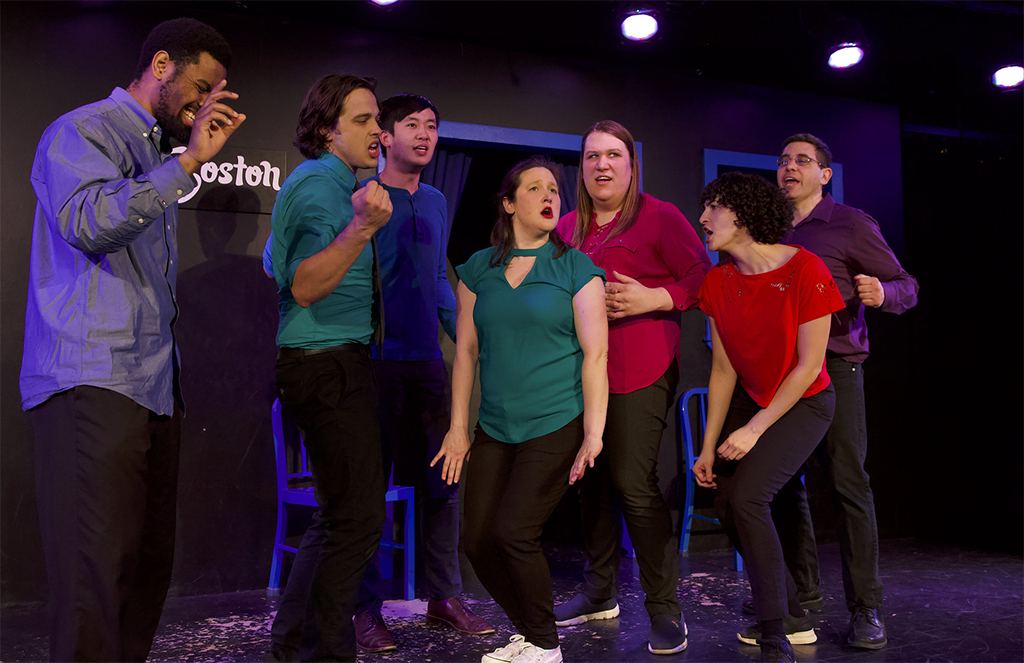 The ImprovBoston Family Show, performing before the coronavirus shutdown. Now an emptied ImprovBoston theater in Central Square will host a bit of a 40-hour fundraising performance marathon starting June 5.

Why 40 hours of a free “ImprovBoston Virtual Marathon”? Because the goal is to raise money primarily for rent and staff at 40 Prospect St., the theater space in Central Square. Fundraising goals have just as much meaning: $114,000 to represent 114 Bishop Allen Drive, the wraparound space that connects with the theater, collected in 620 (or so) donations to represent 620 Massachusetts Ave., its nearby Barron Building office space.

ImprovBoston is encouraging “must-see special performances” tailored to a virtual medium, said Corey O’Rourke director of education at the theater and comedy school. Some performers have a head start: They’ve been doing remote classes and performances to fundraise since the coronavirus lockdown shut the theater’s doors in March.

But the shutdown has put immense pressure on the theater, which has been open in Inman and Central squares for 38 years running shows, holding classes and doing nonprofit work.

“ImprovBoston is in danger of closing,” O’Rourke said in a press release. “This would be a massive blow to the artistic landscape of our city.”

The event will stream for free at ImprovBoston.com/virtualmarathon.

This post was updated June 1, 2020, with a replacement photo.