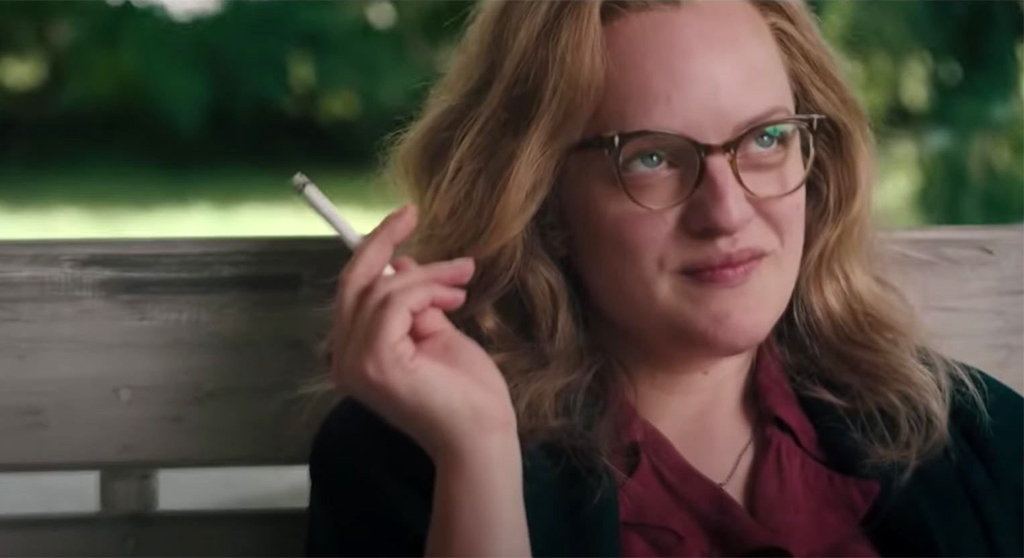 Josephine Decker’s screen adaptation of Susan Scarf Merrell’s “Shirley: A Novel,” is a haunting affair that, while steeped in reality, is highly fictionalized (that tag “A Novel” being a tell). The film catches up with author Shirley Jackson in Bennington, Vermont, in the 1950s, where she’s in a deep depression because her brutally alluring short classic “The Lottery” is found appalling by early readers. It doesn’t help that her husband, Stanley Hyman (Michael Stuhlbarg of “Call Me By Your Name,” and so good in the Coen brother’s “A Serious Man”), a literary critic and professor, is too interested in his own career to deal with his wife’s malaise – so what better way to pass the buck and get some me time? Rope in your starving writer teaching assistant and wife as emotional wet nurses by giving the them free room and board in your country manse.

“Shirley” plays fast and loose with dates and events (such as when works were published, and the timeframes of events leading up to them) but that’s okay – what Decker and screenwriter Sarah Gubbins are after is a character study of Jackson, turning her mental anguish into something of a near gothic horror story that Jackson herself might have written (think Ken Russell’s 1986 spin about Lord Byron and Mary Shelly, “Gothic,” and you’d have the right idea). What wins the bold gamble is Elizabeth Moss nailing the author’s weepy depression, her simmering anger against her wayward husband and ultimately, her literary resolve. Moss, who rose from her wallflower persona on “Mad Men” to more full-bodied roles in “The Handmaid’s Tale” and as a punk diva in “Her Smell” (2018), has become something of an icon of Covid-19 streaming in the chasm created by studios holding back products for theatrical releases following the shutdown: This endeavor and Leigh Whannell’s radical reimagining of “The Invisible Man” both went from theater to smaller screens (along with “The Hunt”) without missing a beat. She notches a new level here, and you feel as if this isn’t her topper yet.

A key background element to “Shirley” is the real-life missing Bennington College student Paula Jean Welden and the powerful pull it had on Jackson – the case would became the basis for her novel “Hangsaman.” Then there are the attendants, the newlywed Nemsers, Fred (Logan Lerman, “End of Sentence”) and his pregnant wife Rose (Odessa Young, “Assassination Nation”). Whiskey pours at night, as does sexual innuendo. As Rose and Shirley spin off into a strange codependent relationship punctuated by bouts of mania (from pregnancy and depression) and jealously, we also get a good lesson in the misogyny of the time as the two men stay out, carousing and pawing after other women indiscriminately. Overall, in the tightly clustered affair, we’re not too far from “Who’s Afraid of Virginia Woolf” territory.

Decker’s plumped similar internal anxieties with her 2018 cornerstone, “Madeline’s Madeline” and digs in deeper here, but it’s Moss who carries the film with a moody soulfulness complemented by the ensemble around her. Stuhlbarg’s Stanley is as affable as he is contemptible, and Young holds her own in simmering tense scenes with Moss. It’s a dark, near-real work that bears both fangs and fruit.