Coronavirus edition, XII: Films to shelter with, capturing ours fears and leading the protests 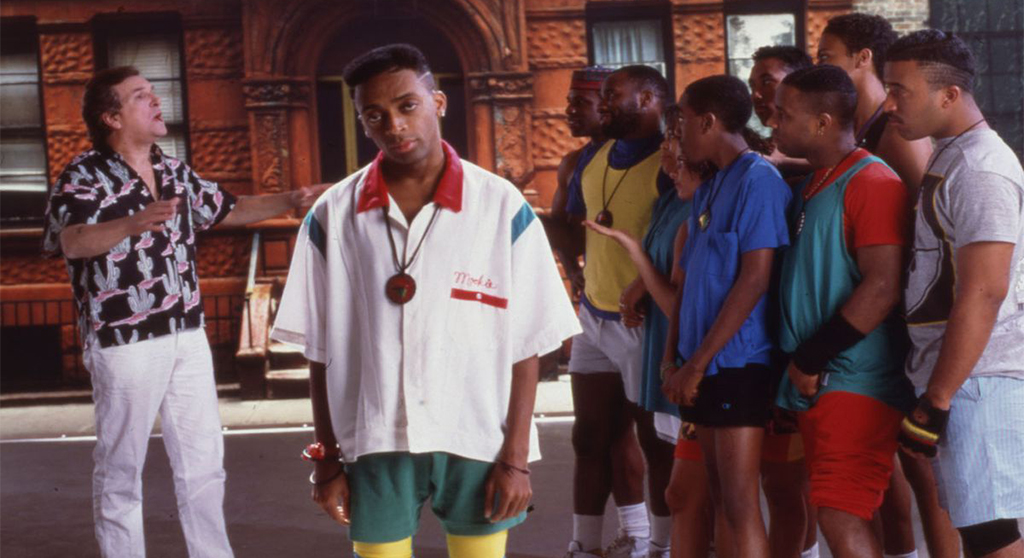 Coronavirus edition, XII: Films to shelter with, capturing ours fears and leading the protests

Reminder for the Q&A tonight with the filmmakers and subject of “The Rabbi Goes West,”a documentary by the Cambridge husband-and-wife team of Amy Geller and Gerald Peary that is nearing the end (on Thursday) of its digital run. Virtual screenings of the film, which chronicles the ordeal of a Chabad rabbi who moves from Brooklyn, New York, to reach the Jewish population of Bozeman, Montana, are made possible through a partnership with Independent Film Festival Boston. (Read our story from November 14, 2019.)

Bruno Dumont’s follow-up to “Jeannette: The Childhood of Joan of Arc ”(2017) chronicles the peasant-turned-teen-warrior’s military accomplishments in the Hundred Years’ War between France and England and her ultimate demise at the flaming stake. Dumont, infusing the mostly serious affair with contemporary music (initially offsetting, but it begins to work later on) isn’t too interested in big battles or the connection to god (a neurological condition, it’s surmised) that made the young Joan (Lise Leplat Prudhomme) rise to revered status and military leadership, but more the ideological maneuverings of her court case. Stylish for sure and alluring, but it asks a lot of the viewer. Dreyer’s “The Passion of Joan of Arc”(1928) receives no challenge here. In French.

First-time filmmaker Andrew Patterson’s retro sci-fi noir is a stylish throwback set in a New Mexico town in the late 1950s sliding into fear and paranoia at the prospect of alien spaceships hovering above (or a Russian invasion). The “Close Encounters of the Third Kind”(1977) vibe hangs on a DJ (Jake Horowitz) who gets piqued on air by mysterious callers talking about strange objects in the sky and his switchboard pal (Sierra McCormick) who dashes around the town in bobby socks and saddle shoes. Area 54 and Roswell illuminated.

Trey Batchelor’s one trick pony is engaging intermittently as a pop-you-in-the-jaw crime drama, but its gimmick runs out of gas before the final frame – which is too bad, because it’s a decent ride. The film employs a tight first-person POV (think “Robocop”when he comes online, or “The Blair Witch Project”) of a high-tech millennial who wakes up handcuffed in a police station station, not knowing how he got there. In his foggy rewinds there’s a comely woman in a bikini, some Russian mobsters and a pair of dubious cops named Smythe and Wesson. Adrienne Wilkinson as a virtual kink show performer steals nearly every scene with her outfits and commanding demeanor. Long for a quick burn, but still a quick burn.

A trio of strong performances carry this tolerably sentimental tale of healing, as a young man just out of jail (Logan Lerman, “The Perks of Being a Wallflower”) agrees to go on a road trip to Ireland with his estranged father (John Hawkes, “Winter’s Bone”) to spread his mother’s ashes on a lake where she spent her childhood – she passed while he was behind bars. Lerman’s younger shows his father no respect, often physically bullying him, and when they pair up with a fetching Irish lass (Sarah Bolger, of “A Good Woman is Hard to Find”) agendas and past conflicts complicate matters mightily. Some of the turns in Elfar Adalsteins’ orchestrion feel a bit out of nowhere; some feel a tad too predictable. Nonetheless, the performers and heartfelt core of redemption and atonement put satisfying punctuation on this “Sentence.”

Classic, if lesser George Romero (“Night of the Living Dead”) fare about a military shutdown of a rural town infected by a contaminant. People go berserk and attack other humans (just like zombies, but these freaks don’t shamble) – but the real scary element is the forces in faceless hazmat suits hoping to stem the spread and cover up the incident.

Directed by Cambridge native and “Starsky & Hutch” star Paul Michael Glaser from the Stephen King novel (penned as Richard Bachman) about a near dystopian society where a gladiator gameshow to the death is the opiate of the masses and corporate and enforcement agencies regularly alter footage and news to push their agenda. (That part doesn’t sound so much like the future anymore.) Arnold Schwarzenegger’s the fly in the ointment and the star of this classic, but it’s “Family Feud”gameshow host Richard Dawson who lights up the screen as the nefarious emcee and puppet master who plays everything for a photo op and spin. Nice incorporation of rock royalty Mick Fleetwood and Dweezil Zappa in bit parts.

Todd Haynes directed this hypnotic internal melodrama about a pampered suburban housewife (Julianne Moore) who becomes convinced – perhaps by her aloof husband (Xander Berkeley), who seems to value his trophy wife until she has flaws or needs – that she’s deathly allergic to her environment. After falling sick, she goes to a fancy spa in the desert. When she doesn’t get well, she goes to live in a sterile yurt on the premises. You could call “Safe” the ultimate self-isolation movie, mask and all. The resilient fragility that Moore (“Boogie Nights”) projects is intoxicating, as is the buzzing aural ambiance applied by Haynes. The film would launch the “I’m Not There” filmmaker’s carer.

Haynes’ glorious tribute to David Bowie and glam rock had a few stumbles getting out of the gate, as Bowie himself disapproved of the project and refused access to his music. Plan B was to create a fictitious rock icon, Brian Slade (played with Ziggy Stardust perfection by Jonathan Rhys Meyers) and pair him with a wild punker named Curt Wild (Ewan McGregor, channeling Curt Cobain and Iggy Pop). The specter of Oscar Wilde even rears its head through space aliens (no joke). The two leads, who perform their own music, breathe life and soul into their rock gods. The rest of the incredible cast includes Toni Collette, Eddie Izzard and Christian Bale as those orbiting the dynamic duo. Sexuality and its social norms gets put on display and thrown out the window. The amazing era soundtrack includes works by Brian Eno, Roxy Music, Lou Reed and T. Rex.

Not the kind of movie you’d expect from Haynes, but a serviceable courtroom drama about a small West Virginia town raising a fist against DuPont for poisoning its water (not too far form “The Crazies”). Coverups and covert plots to shush the podunk folk ensue, but one idealistic attorney (Mark Ruffalo) dutifully takes up the case. The real-life drama plays like “A Civil Action” (1998). Bill Camp is excellent as the old lion-like farmer who’s mad as hell. (Read the full review from Nov. 26.)

With America again on the racial brink, here’s a great refresher on white privilege and what happened to George Floyd – and has been happening to all the George Floyds. Spike Lee’s seminal movie put its finger on the pulse of injustice and racism in America, hitting a nerve and awaking some people, while others remained critical and dismissive. That was more than 30 years ago and we’ve since had a “post-racial”president, yet as evidenced nationwide, the ghost of Radio Raheem remains on unfinished business. Watch and learn.