‘The Hunt’: Liberals don’t want to take their guns – because they really add zest to the human hunt 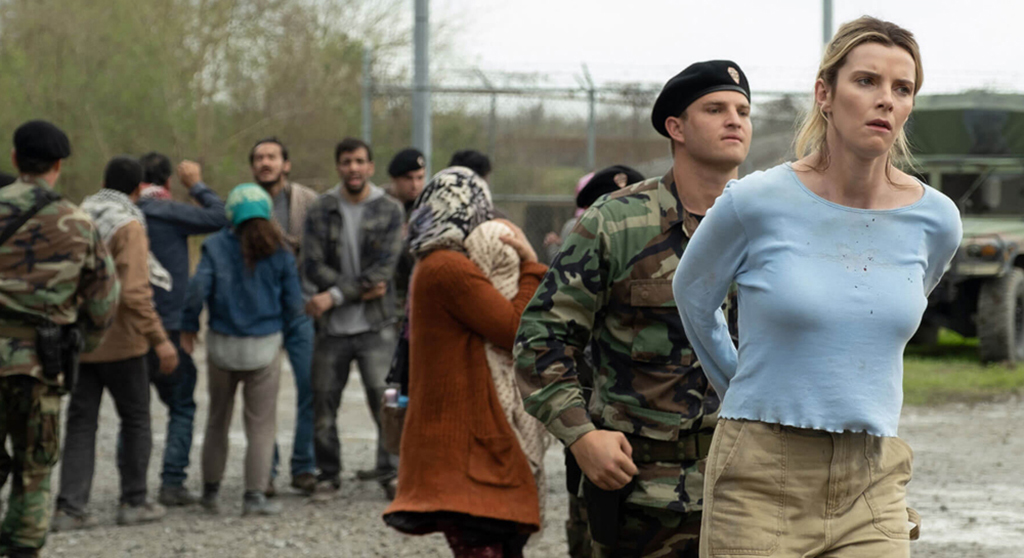 ‘The Hunt’: Liberals don’t want to take their guns – because they really add zest to the human hunt

The film “The Hunt,” not to be confused with the 2012 Danish film of the same name starring Mads Mikkelsen, had been shelved by Universal last year because of sensitivity issues related to the film’s central plot of humans using other humans as prey – nothing new, but back when Fay Wray was in “The Most Dangerous Game” (1932) or Cornel Wilde was in loincloth and on the run in “The Naked Prey” (1965), Charles Whitman had yet to show the world what human-on-human carnage was really about. 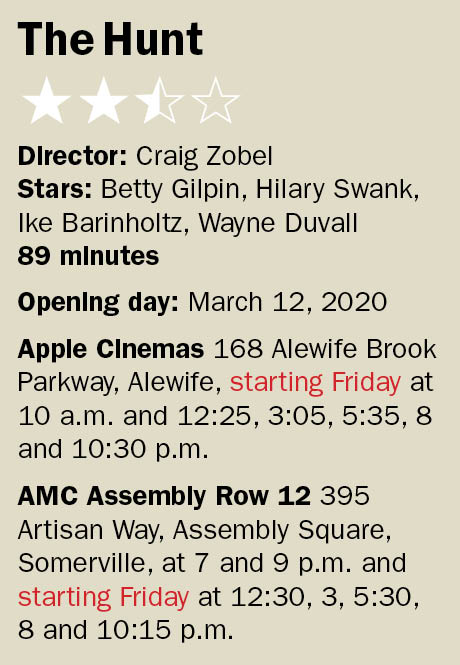 The strategy had been to release “The Hunt” as a horror film; now the curio is being spun as a satire-cum-horror, or something “unclassifiable.” If we hadn’t seen Jordan Peele’s “Get Out” (2017) or “Us” (2019), tagging it as unique, new or groundbreaking might work, but that crossover zone has already been defined and owned. “The Hunt” begins like a “Saw” chapter with a dozen random people waking up in the kind of bucolic field you might find in “Midsommar” (2019), semi-bound and gagged and not knowing where they are. Turns out they’re in a kill zone. Once they find a key to unlock the gags, a helpful park ranger comes out bearing arms. “Why do we need these?” comes a groggy question as semi-automatic pistols and assault rifles are meted out. Before there is any real answer, the asker’s brains are splattered by a high-caliber projectile and it’s game on, with the rest of the crew scattering and taking cover.

The what and why as bullets and arrows fly pull at the minds of those on the run as well as the audience. A trio eventually gets outside the barbed wire confines, muttering something about “Mansongate.” It’s along their journey that we get an inkling of what’s going on: rich liberals hunting deplorables and rednecks for their racially insensitive online posts, denial of climate change and so on. “I bet he used the N-word a lot,” one Richie Rich says. “You fail and we pay,” another says in the middle of hand-to-hand combat. It’s cheeky irony that the East Coasters have set up their slaughter shop in Arkansas, and another wicked barb that filmmaker Craig Zobel and his writers, Nick Cuse and Damon Lindelof (both of TV’s “Watchmen”), have us rooting for the “deplorables,” who in this case seem far less a threat to democracy than rich liberals who want to impose their will with dollars and cents, and, in this case, semiautomatic weapons.

It’s hard to discuss “The Hunt” more without selling the farm, and that’s the real fun of the film: the twists, pitfalls and revelations that confront the hunted as they seek safe ground. I will say that Betty Gilpin of Netflix’s “Glow” cuts a captivating presence as the unassuming waif with kick-ass can-do (think Ripley by way of “Emma”) tagged Snowball (“Animal Farm” tries to factor into the plot, but the convention is oddly inserted). She’s matched by Hilary Swank’s righteously indignant badass, who likes to discuss the delineating factors between a house and a mansion, and Amy Madigan and Reed Birney make a wonderful side dish as a pair of yokels who run a ma-and-pa gas station. The plot’s got a bunch of holes in it, but “The Hunt”’s more about the pursuit, cheeky spoofs and the notion that elitism ain’t pretty no matter what flag you’re waving.