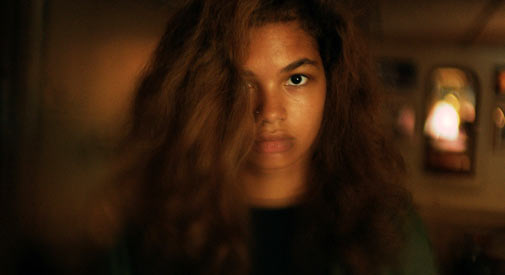 Programing matters, and The Brattle Theatre, the plucky “film school” of Harvard Square, has scored some arthouse coups in the past few years. Take “Linda, Linda, Linda” in 2005, “Margaret” in 2011 or even “Upstream Color” and “Snowpiercer” in 2013 – and now “Madeline’s Madeline.” None of those films played an area franchise theater; they were astutely picked out and exhibited by the Brattle programing staff. And they all were hailed by local critics, some even called the best films of their respective years. 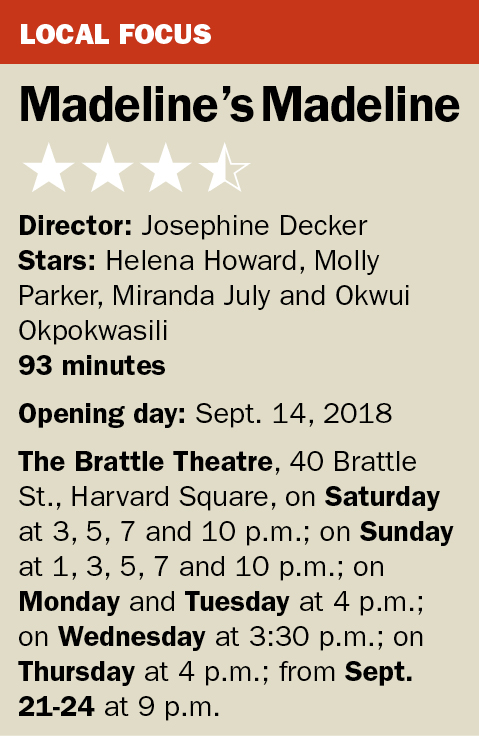 In light of the #MeToo moment and in context with the Brattle’s revived “Focus On Cinema Made By, For And About Women” and the Boston Women’s Film Festival kicking off at month’s end, the timing of “Madeline’s Madeline“ couldn’t be more apt. It’s directed by a woman (Josephine Decker, capturing lightning in a bottle) and revolves around three strong female characters. It’s experimental in its treatment of dialogue and hypnotically gauzy imagery, emulating the perspective of an actor in an improv acting collaborative – or perhaps someone who’s suffering from mental illness. It also has a lot to say subtly on race.

The challenge is to stay with it, letting the initial “Persona”-esque disorientation wear away to near “Beasts of the Southern Wild” surreality. There’s also a splash of “Mother!” wildness in there, but it’s fresh and new; my comparisons may be spot on and are irrelevant just the same.

What to know? Madeline (amazing newcomer Helena Howard), a biracial teen, lives with her white mom (quirky actress/writer/director Miranda July, amazingly taking on the straight role here). Dad is nowhere in sight. Both likely have some degree of mental illness, and there’s early signs of abuse (the who, how and why of which are shocking). Given all the unhappiness, Madeline basically lives for her after-school theater troupe, led by a freckled matriarch by the name of Evangeline (Molly Parker, super effective in helping drive the film). Her big idea for the culminating workshop piece is taking pieces of Madeline’s dysfunctional and toxic relationship with her mom and her illness and putting it on stage as a form of therapy, complete with pig masks and a re-created psych ward experience. A battle for control of Madeline’s soul looms between July’s Regina and Evangeline, but Madeline’s far beyond them in the game.

As the film comes more into focus, it be rawer and deeper. Madeline hosts a porn-torture watch party in the basement and later sips wine at Evangeline’s house and has a charged conversation with her husband, and you wonder at each turn where it’s going to go and when the bottom’s going to drop out. It’s an immersion into an addled point of view, and riveting. You can’t look away – every frame adds layer, and there’s so much going on internally that Decker gets out in brilliant visuals, perfectly underscored with moody aural accompaniment.

If you want something new and different yet affecting, well, here it is. Decker will be on tap for the 7 p.m. Saturday screening. The Brattle’s run of “Madeline’s Madeline” has been held over – originally intended to end its run Thursday, it will now show through Sept. 24.