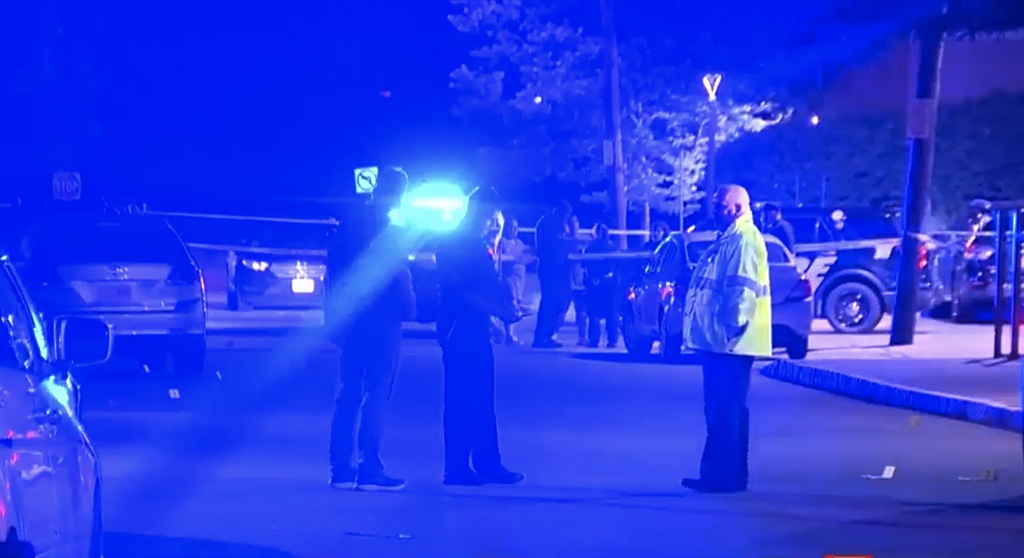 After four people were injured – one critically – in a 10 p.m. Thursday shooting at a River Road apartment complex in Somerville, three Cambridge residents were found by Cambridge police and arrested as suspects at around 11:15 p.m. that night: Justin Ellcock, 24; Davel Matthew, 23; and Destiny Banks, 23.

The shooting happened at 5 River Road, in the Ten Hills neighborhood off Mystic Avenue near Interstate 93. The injured included three women and one man. A bullet-riddled car was removed from the scene by authorities, Boston 25 News said.

Neighbors “are horrified by the acts,” said Mayor Joe Curtatone in a WCVB television interview. Curtatone lives nearby.

Somerville police released information about a car connected with the shooting, and Cambridge police saw the car at Davis Street and Broadway, in The Port neighborhood near Kendall Square in Cambridge, occupied by a driver and two passengers. A stolen, loaded, high-capacity firearm was found on one of the defendants, along with ammunition, police said, and two other firearms were found inside the car.

Police said they continue to investigate Somerville shooting and a separate gunshot incident from Thursday night, on Harvard Street also in The Port neighborhood in Cambridge.