‘The Old Guard’: Superheroes, after a fashion, who don’t quite pull off a mission to franchise 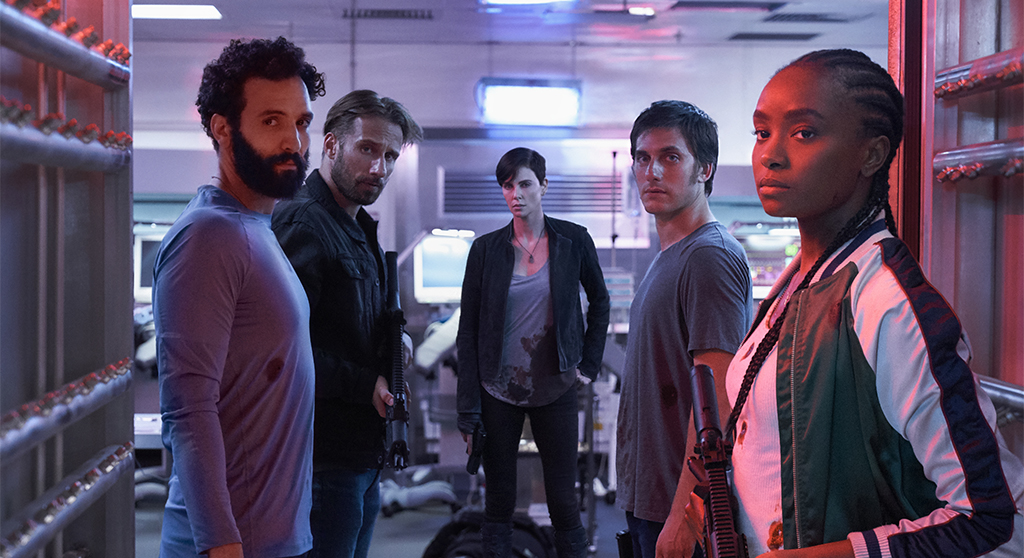 ‘The Old Guard’: Superheroes, after a fashion, who don’t quite pull off a mission to franchise

A fairly one-note pseudo-superhero flick, “The Old Guard” gets much of its occasional heartbeat from its irrepressible star, Charlize Theron, and some of the cast surrounding her. There’s no Lycra, X-ray eyes or bulging muscles here, just a quartet of immortals who form something of a special ops force that’s been doing missions together across the centuries. Two of the four (Marwan Kenzari and Luca Marinelli) fought against each other during the Crusades, though they’re an item in contemporary times.

When asked, “Are you good guys or bad guys?” Theron’s Andy (Andromache of Scythia, in days of yore) responds, “It depends on the century.” In this century, what’s to know? The team’s looking for new blood, while the mad big pharma head (Harry Melling, who played Dudley Dursley in the “Harry Potter” films) wants to bottle the immortals and sell their essence on the market. Andy tracks down the newbie Nile (KiKi Layne, “If Beale Street Could Talk”) who’s just out of the military, giving her the heads up about her gifts and attempting to recruit her – which essentially comes down to a battle aboard a bouncy cargo plane. The real call to arms comes when Melling’s Merrick kidnaps those Crusade rivals turned lovers, Joe (Kenzari) and Nicky (Marinelli) and Andy turns to Nile and old ally Booker (Matthias Schoenaerts, his face etched with melancholy) to help free the lads.

Caught up in the emotionally inert mix is Chiwetel Ejiofor as CIA handler and X-factor. He was nominated for an Academy Award (“12 Years a Slave”) and Theron won one, but with the exception of them and Schoenaerts everyone in the film feels stiff, like they’re just waiting for the next smackdown to take place. Theron’s so good in all she’s done (“Long Shot,” and “Monster,” for which she won that gold statue) and looks lithe and purposeful sporting a short dark bob that accentuates her angular jaw and twinkling eyes; the fight scenes too are choreographed brilliantly – but if you want a real drink of Theron kicking ass, go with “Mad Max: Fury Road” (2015) or “Atomic Blonde” (2017). The film’s also a letdown because director Gina Prince-Bythewood showed such promise with a soulful debut “Love and Basketball” (2000) that plumbed the romantic relationship between two ballers over the years. Here it’s a by-the-numbers execution with few surprises. Sure it’s great to watch Theron thrown down or see one of the immortals fall out a 10-story window and, like Hugh Jackman’s Wolverine, slowly pull their broken pieces together and painfully regenerate. What hurts here is that this aims to be a cornerstone of a franchise. I think I can wait another century for the next installment.