‘Logan’: In the sadly not too distant future, a final ride for Wolverine and Professor X 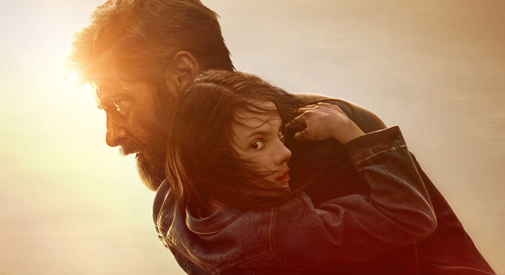 ‘Logan’: In the sadly not too distant future, a final ride for Wolverine and Professor X

“Logan,” the third Wolverine spinoff from an X-Men movie empire that has grown terribly long in the tooth (or is that claw?), does a nice job of righting the ship with this elegiac closing chapter. Part of the reason for the franchise’s demise has been its lack of innovation but also, and more to the point, superhero market oversaturation with Avengers and Justice League entries out there chasing fanboy dollars as well. Besides Professor Charles Xavier (Patrick Stewart), the best thing about the X-Men series has always been the tortured soul of Logan, brought so palpably to the screen by Hugh Jackman with a badger-like sneer, tang of feral sexuality and discernible sense of conflicted rage racing around inside his character’s metal-reinforced body. 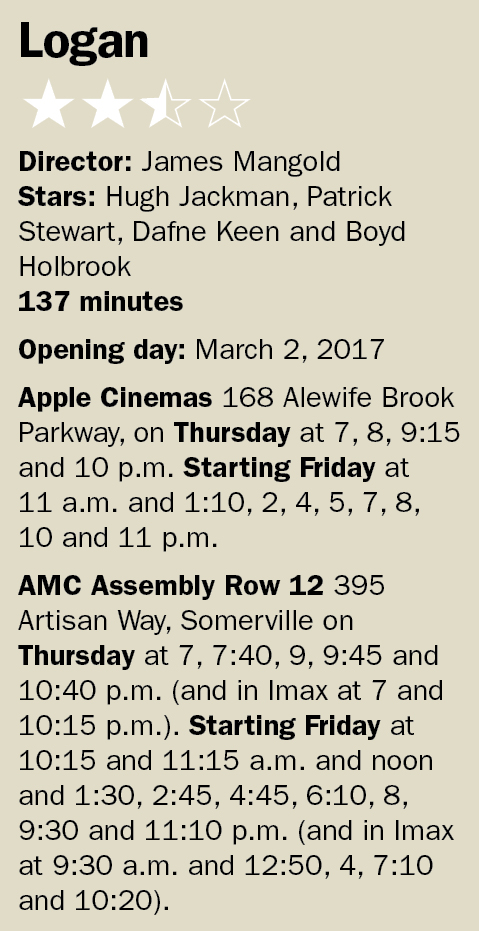 The good news for fans and, even more so, those losing faith, is that Xavier and Logan find themselves back together, and without a cavalcade of other mutants and two-dimensional bad guys to weigh them down. It essentially allows the two classically trained thespians to dig in deep and get at the core of their characters’ beaten-down and mercurial personas. As far as acting goes, “Logan” may just be the grand dame of slumming it. It takes place in the not too distant future (2029) and finds our two uber-beings in tough times: Mutants and mutations have been culled way down, and we’re fed the factoid that there hasn’t been a mutant born in a decade or so, making Logan and Xavier perhaps the last of their line.

When we first catch up with the Logan – going by his birth name, James Howlett – he’s cruising a Texas border town in a beat-up stretch limo trying to cut it as an Uber-styled driver. Confronted by a pose of hoodlums looking to strip his ride, Logan, looking worse for wear, aged and nipping constantly off a flask, takes a beating that his former self, with neatly trimmed mutton chops and lightening fast reflexes, would have laughed off. The elder Logan eventually prevails, but he doesn’t regenerate quite as fast as he used to, and there’s a troubling crimp in his stride.

Turns out Logan’s taking fares to raise funds to buy a boat and take his old pal Xavier on a retirement cruise. Logan’s become the good doctor’s elder caregiver of sorts and has Xavier, who’s suffering from dementia – never a good thing when your thoughts can obliterate a small town – stashed away in a steel drum south of the border so his brainwave outbursts don’t get picked up by the authorities or cause harm to the public.

One of the most intriguing things about “Logan” is its depiction of increased security at the border and the amount of sanctioned paramilitary that float around and come out of nowhere. I’m not sure if Mangold, who wrote the script as well as directs (he also helmed the 2013 installment, “The Wolverine”), was taking any pokes at a presidential order or two, but inadvertent or not it’s a hauntingly apt prognostication of things to come, given the current political climate.

As Logan toils for pennies and pills to help keep Xavier’s mind in check, he’s stalked by a harrowed woman (Elizabeth Rodriguez) seeking aid for her young daughter, as well as by one of those paramilitary guys (Boyd Holbrook) with a bionic arm and smarmy, southernly demeanor. Of course the two are related, and sure enough Logan finds himself on the run with Xavier – his brain unleashed and a public health hazard in the making – and that young girl (a doe-eyed, yet aptly fierce Dafne Keen) who’s essentially Logan’s mini-me with retractable claws in her feet as well as her fists.

As the film ferments and plot developments come pouring in – there’s a lean, mean Logan doppelgänger brain-controlled and in attack-dog mode; the notion of a mutant Eden across the border in Canada (another political statement?); and and sun-sensitive mutant (Stephen Merchant, who’s terrific) whose skill is tracking other mutants – Mangold holds fast on the weary, hacked-up, on-the-brink-of-suicide Logan. It’s a game go by Jackman, who’s asked to do much and assumes the onus with aplomb. If there’s any real letdown, it’s in the crescendo when bullets blaze, claws slash and kids run through the forest. Up to that point, Logan, Xavier and their ilk walk the dystopian futurescape as many of us do today, wary and uncertain, imbued with a necessarily guarded sense of defiance. It’s a mirror to gaze into and one that’s all too eerily true, even if it’s distilled from fantastical fiction.