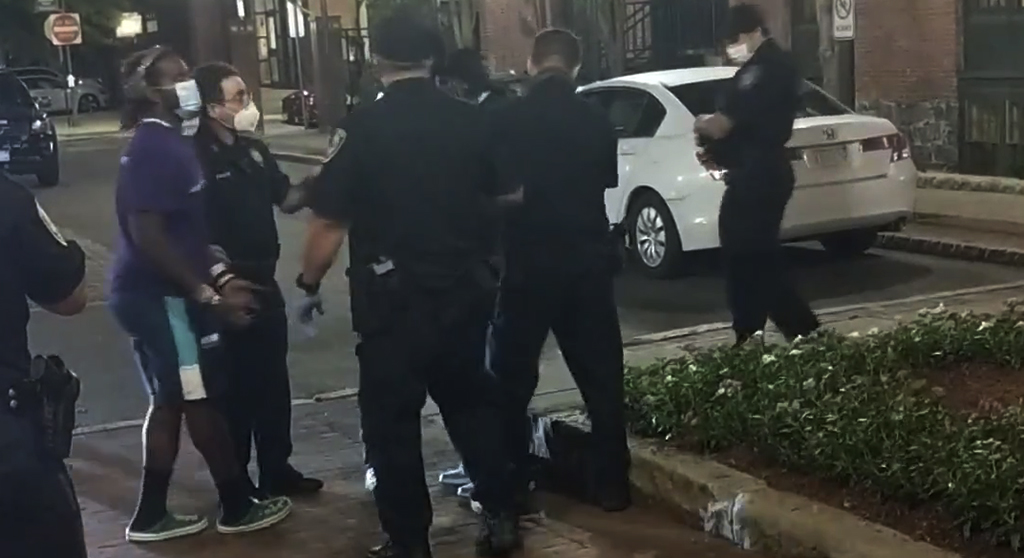 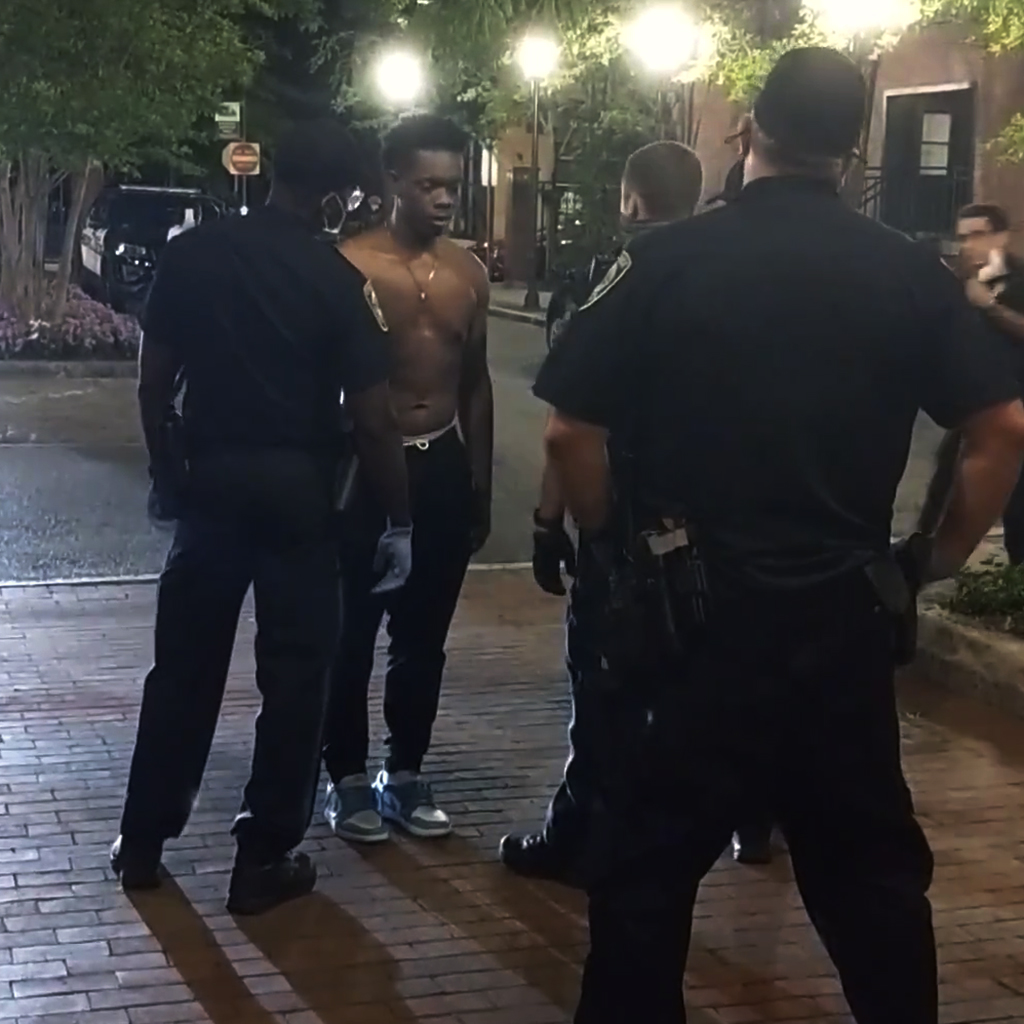 A screen capture from a widely released video that raised concerns about police actions Wednesday in Cambridgeport.

At a time of heightened tensions over police use of force – and police activity in general – a 20-minute video has been making the rounds in which a half-dozen officers block a man from seeing his 50-year-old mother after she died suddenly Wednesday at the Kennedy Biscuit Lofts on Franklin Street in Cambridgeport, near Central Square. The man is twice handcuffed, including as the video cuts off and he is dragged away, screaming repeatedly to be let go.

Because the video has been released and spread widely through the community, as well as being discussed on the Nextdoor neighborhood social media platform, police released a statement Saturday explaining the incident. In it, police say no “undue force” was used.

During the incident that took place around 10 p.m. Wednesday, the man asked a person standing nearby to film, a step taken to remind police that people are watching what they do. The partner of the person described the situation on Nextdoor: “You may have heard screaming as the police handcuffed a young black man who was crying and trying to get into the building to see his mother.”

Police gave the context, from the department’s perspective. Cambridge fire, police and Pro EMS ambulance workers were present to “conduct a sudden death investigation to determine the [mother’s] manner of death, per standard departmental procedure,” said Jeremy Warnick, director of communications and media relations for Cambridge police. Because it was an active investigation, and because of concerns about Covid-19 infection spreading, the area was restricted.

“The family member … was understandably very emotional,” Warnick said. “He remained very distraught and did not comply with verbal orders to refrain from attempting to enter the building.”

It wasn’t just police and EMTs trying to talk the man down; a man identified by police as the man’s brother – seen in the video wearing a purple shirt – also tried to calm him. When the man said repeatedly that he just wanted to go to the window to see what was happening with his mother, that also was not allowed, and it is unclear why not; after releasing an emailed statement, Warnick said he would not be immediately available for follow-up questions.

“For his safety and the safety of others, he was temporarily placed in handcuffs outside the building. He was informed that once he was compliant, the temporary handcuffs would be removed. The family member ultimately became compliant, and the handcuffs were removed. After the deceased woman’s body was transported outside the building by a funeral home service, the family member and his brother were privately escorted to see and be with their deceased relative,” Warnick said.

The mother did not live at the Kennedy Biscuit Lofts; she was staying with a resident, Warnick said. The cause of death was determined not to be suspicious.

“While the distributed video begins at the time at which the family member was handcuffed, there does not appear to have been any undue force used by any of the on-scene officers or other public safety officials before, during or after the incident,” Warnick said,

The man was not arrested or issued any citations, Warnick said, and the department’s “thoughts and prayers are with the family as they grieve.”