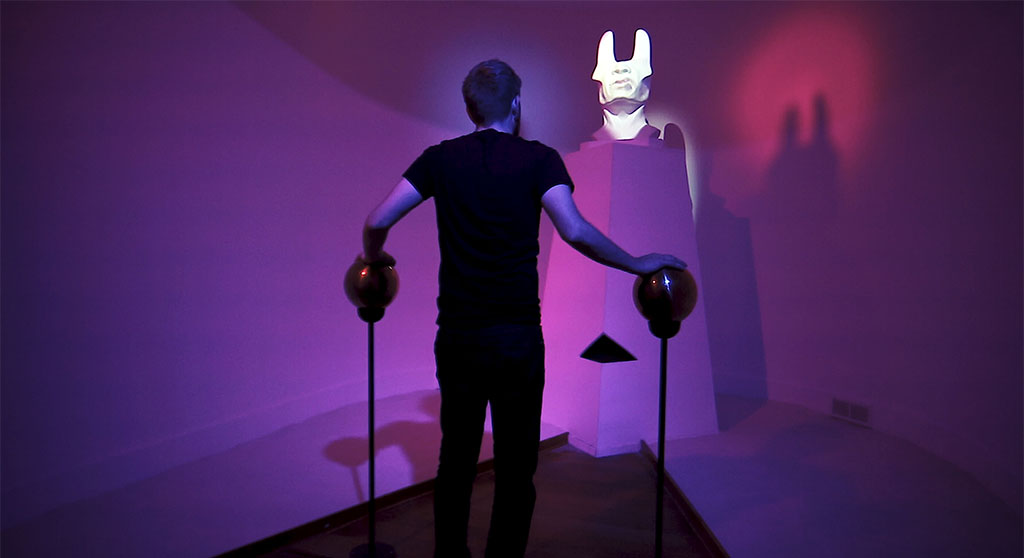 The 36th annual Boston LGBTQ Film Festival (the Wicked Queer Film Fest) has gone virtual, accessible online beginning Friday and running through Aug. 2. Highlights include “Ask Any Buddy,” a documentary about gay cinema before mainstream fare such as “My Beautiful Laundrette” (1985) and “Call Me by Your Name” (2017) graced cineplexes, screening mostly in gay adult theaters; “I’m Gonna Make you Love Me,” a documentary about an ’80s glam party girl who transitioned back to a male identity; “Pier Kids: The Life,” which chronicles the challenges of three gay and transgender youths of color who are homeless; and “Queering the Script,” about the impact of gay activism on TV. For complete listings, tickets and other information see the festival’s website.

Am amazing collaboration between Marlon Brando and Italian director Gillo Pontecorvo (“The Battle of Algiers”) detailing a 1840s slave revolt in the Caribbean. The film plays loose with fact and fiction to star Brando as British agent Sir William Walker (a twist on the similarly named American mercenary who would become the president of Nicaragua) to break up Portugal’s sugar monopoly on the fictional island of Queimada. Walker incites the slaves to revolt under the leadership of a dock worker (Evaristo Márquez) while convincing plantation owners to turn against the government. The downstream effects of such subterfuge has Walker returning to the island 10 years later. Allegedly Brando jumped into the picture after the assassinations of Martin Luther King Jr. and RFK Jr. to do something more political with his pulpit. The matters of race, slavery, profit and freedom are pointedly relevant now. Pontecorvo, no stranger to epic revolutions (see “Algiers”), employed a cast of nearly 20,000. The infectious score, a blend of merriment and foreboding, was done by the prolific Ennio Morricone, who recently passed.

Brando being Brando (or a loving parody of a past Brando role) as a slightly notorious NYC mobster whose daughter (a bubbly and mischievous Penelope Ann Miller) is dating a college boy (Matthew Broderick). The lad gets roped into an exotic animal import scheme concerning a giant monitor lizard, but the real payoff in Andrew Bergman’s wide-eyed comedy is the film studies class Broderick is enrolled in, in which he’s studying “The Godfather” films; the humor is not so much meta as it is deconstructionist. Bergman, who helped pen “Blazing Saddles” (1974) and “Fletch” (1985), never fully transitioned to the director chair, helming disappointments “So Fine” (1981) and “Striptease” (1996), and this remains one of his better efforts. Bruno Kirby provides an added shot as Brando’s wiseguy right-hand man, and Paul Benedict practically steals the film as the over-opinionated film prof.

One of the great films of the (arguably) greatest decade in American cinema, this transposition of Joseph Conrad’s “Heart of Darkness” to the Vietnam War by Francis Ford Coppola requires little introduction. I saw the film the year it came out at a theater in Maine the night before the New England cross-country championships, but the film didn’t resonate with me then the way it did with my teammates, who were all abuzz after. In college one of the first themed parties I would attend was a “Charlie don’t surf” party, which probably wouldn’t float today. Rewatching the film recently, I’ve become increasingly riveted by the score. It sounds like something Vangelis might do, but no, Coppola did it himself. He poured every ounce of his creative blood into this picture, and it shows. The eerie synthesized echo of chopper blades as the fated boat rounds the next bend is a brilliant accents that practically renders The Doors’ song “The End” an unnecessary inclusion – Coppola’s aural composition is that good, and this is said by a huge Doors fan. The film’s casting is impeccable, and it’s hard to believe that the notoriously bloated Brando, a documented problem on set, was only seven years removed from “Last Tango in Paris” and “The Godfather” (both 1972) and nine from “Burn!” in which his dapper sir William Walker was a lean, mean pugilist.

A burner from frame one by French director Guillaume Canet. Things begin sedately enough as the film shows the indelible love between a doctor (François Cluzet) and his wife (Marie-Josée Croze). They drive to a remote lake house to enjoy the grounds and make love. After snoozing naked on a dock, he awakes to a scream and finds his wife gone when he goes to investigate. Flash forward a few years, after he’s been a suspect in her disappearance and assumed death, and specters of her drift in on him via the Internet and in passing as he keeps thinking her sees her (like Roeg’s “Don’t Look Now”). The mystery deepens adroitly, and Canet’s confidence in Cluzet shows as the actor carries the film convincingly and without a fault.

Another great French mystery that’s more psychological than thrilling. Things get eerie when a literary power couple, television host Georges Laurent (Daniel Auteuil) and his editor wife, Anne (Juliette Binoche), begin receiving anonymously delivered videotapes of their apartment’s facade chronicling their comings and goings – are they under surveillance? Even more unsettling is that the tapes are delivered with baroque black and white sketches (a puking child, a beheaded rooster) accentuated with smears of blood red. Getting little help from the police, the couple digs into their social circles and pasts to garner clues. Director Michael Haneke, best known for his Oscar-recognized films “Amour” (2012) and “The White Ribbon” (2009), has been down the path of the macabre before with “Funny Games” the grim and provocative 1997 home invasion drama he would remake almost verbatim as an English-language film some 10 years later with Naomi Watts and Tim Roth.

Something of the all-female version of Ari Aster’s gripping 2018 arthouse horror pleaser “Hereditary.” The cast here is amazing, with Emily Mortimer and Bella Heathcote (“Neon Demon”) as Kay and Sam, a mother and daughter who drive out to the Australian countryside to check in on their nana Edna (Robyn Nevin), who’s been missing. When she turns up, she’s not all there, and questions about dementia – or something else – arise. Then things (and nana) get weird; doors can’t be opened, the ceiling lowers and a musty sludge seeps through the walls. The atmospheric immersion orchestrated by director Natalie Erika James goes a long way, but it’s Nevin’s creepy grandma who seals the deal.

A gorgeously composed documentary about a Pacific Northwest cult that operates under a thick cloak of mystery and communal promise. The film follows recent recruits who are found through social media, sworn to secrecy and sent on something of a scavenger hunt, staying in huts, houses and hotels along the route to the ultimate (unknown) final destination and indoctrination. The film’s a gripping “what’s next?” full of intrigue for the most, but after the veil is pulled back, intergroup politics, egos and more sap the enigma of a secret society with utopian goals.

Writer Alex Garland, who’s penned such near-future nightmares as “28 Days Later” (2002) and “Never Let Me Go” (2010), also has two eerie sci-fi thrillers under his belt as a director, including this sophomore effort about a mysterious “shimmer” of a magnetic field that sets up a perimeter in the bayou after a meteor strike. The film builds around Natalie Portman’s former military operative, now a biology prof dealing with a missing husband (Oscar Isaac) who’s still in special forces. All roads lead to the shimmer, and once in with an all-woman deployment (since male detachments never came back), things get meta and wildly weird. (Read the full review from Feb. 22, 2018.)

Garland’s directorial debut is a contained endeavor that revolves around an eccentric billionaire (Isaac) who, as a young man, created something akin to the Google search engine and has now ventured into AI territory and a digital rendering of the human essence. To validate his latest incarnation, Ava (Alicia Vikander), the culmination of several failed attempts, he invites a young programmer (Domhnall Gleeson) from his company to his remote, modernistic mountainside retreat to observe, debug and report. Mind games and emotional manipulation ensue, with the three leads giving deeply reaching performances that become the centerpiece of a vision of creationism gone off track. (Read the full review from April 17, 2015.)