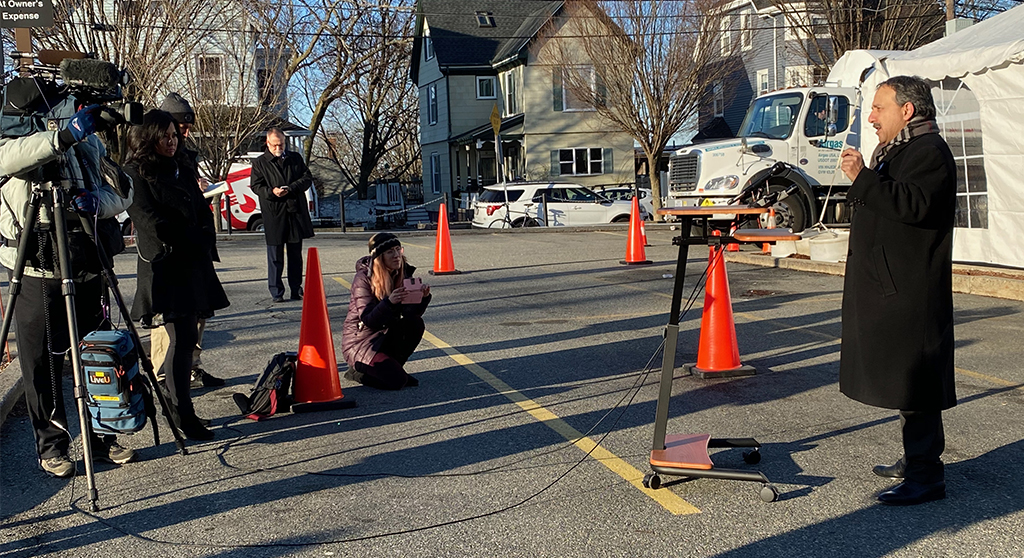 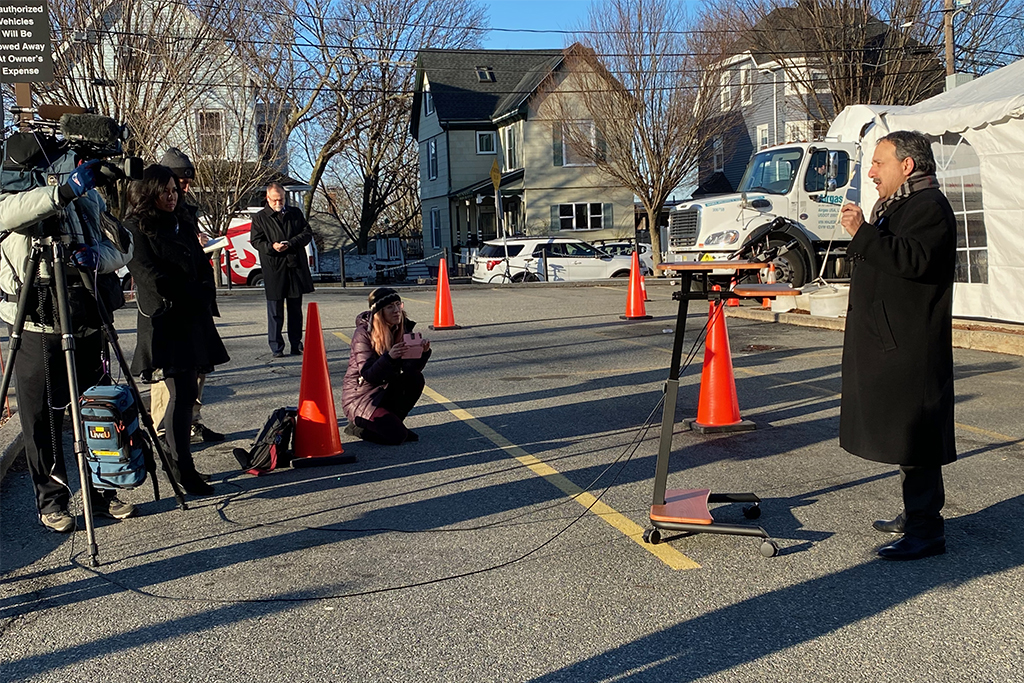 Dr. Assaad Sayah, chief executive of the Cambridge Health Alliance speaks March 18 at the opening of a coronavirus testing tent at what was then CHA Somerville Hospital. (Photo: Marc Levy)

Cambridge Health Alliance moved its remaining Covid-19 testing site Monday to a space in the Assembly Square mall at 77 Middlesex Ave., Somerville. The Alliance had been conducting tests in a parking lot at the former Somerville Hospital since March 18.

The Alliance made the change “to open up the Somerville Campus parking lot for our patients as we have reopened services onsite,” health care system spokesman David Cecere said. Assembly Square is also more accessible to residents from other communities in the Alliance’s service area, he said. Besides Cambridge and Somerville, that area includes Malden, Medford, Revere, Everett, Winthrop and Chelsea.

At one point the Alliance offered tests to patients and residents, regardless of symptoms, in Cambridge, Malden and Somerville. It closed its site on Gore Street in Cambridge on June 26, as well as one in Malden, citing low demand.

That trend reversed after the closings left only one testing location still open. Cecere said demand continues to be high. In Cambridge, the Public Health Department extended its free testing program after appointment slots filled within a few days at sites in East Cambridge, North Cambridge, The Port and Harvard Square.

The CHA website says people may wait up to five days for test results, although patients who use the Alliance’s electronic portal, MyChart, will see their results “as soon as they’re analyzed,” in an average 18 hours, Cecere said. Others get an answer “generally” in two or three days.

Epidemiologists say long waits for test results interfere with health officials’ ability to keep Covid-19 under control because people without symptoms who don’t know they’re infected can spread the virus while they’re waiting. In areas in the South and West where cases are spiking, it can take more than a week.

On social media, some people in Massachusetts have also reported waiting a week or more for test results; others said they got an answer within one day.