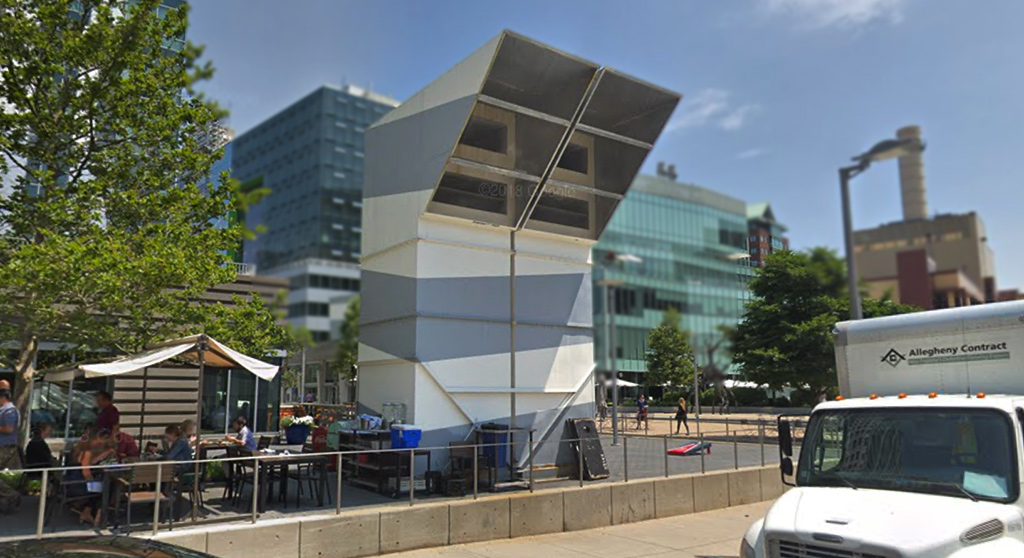 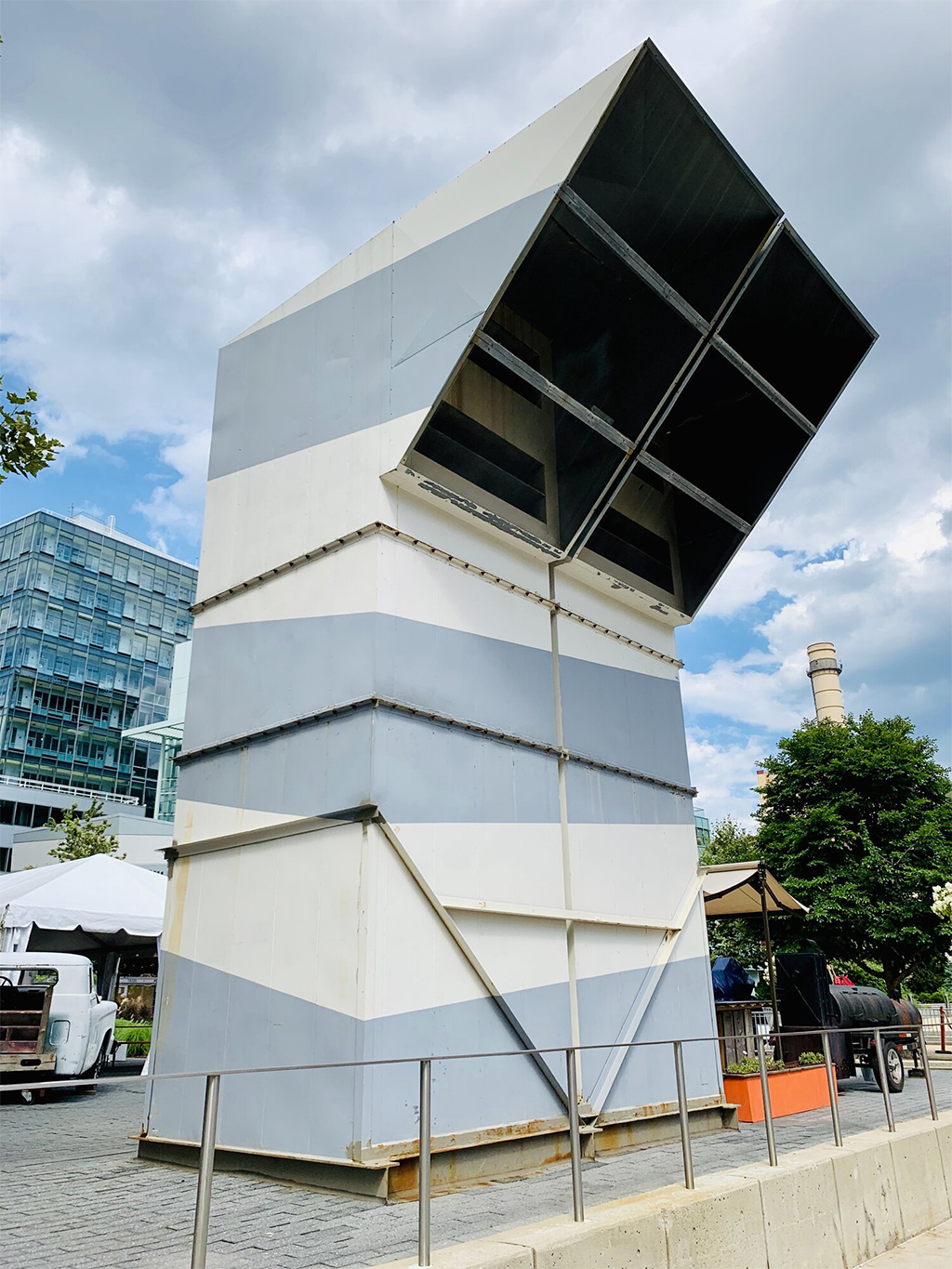 The vent is all yours, artists, and a $15,000 to enhance Kendall Square by painting it. (Photo: Canal District Kendall)

Here’s a bright spot in a worrisome time for artists in Cambridge: a $15,000 commission to paint a mural on a parking garage vent shaft in Canal District Kendall, following the fantastical landscape unveiled by Adam O’Day a year ago.

Last year’s rein-vention (sorry) was outside the Evoo restaurant in the district; this mural will be nearby on Broad Canal Way in front of the Commonwealth Restaurant.

“We are seeking an artist to bring color and vibrancy to the second and final vent shaft,” announced the company behind the 10-acre Canal District Kendall, BioMed Realty, in a July call for proposals. “We believe that the surrounding community would benefit from a mural challenge and installation as we begin a ‘new normal’” of life with coronavirus.

BioMed has been a strong supporter of the arts in Cambridge, including as a contributor to the Starlight Square open-air complex in Central Square opening this week with daily theater, dance or comedy on its stage.

The company also recently resubmitted its bid for a large redevelopment of the district around the empty lot that was once to be a performance hall called the Constellation Center. Now the space is headed toward construction of a 250-foot, three-tiered lab tower with 40,000 square feet of public arts and culture space at its base, a project likely making a first appearance before the Planning Board in early September.

Artists who want to compete for the vent-painting commission should note the theme: to interrogate how the wealth of diversity in Cambridge enriches the community. The company’s announcement also makes clear that it aims to install “a timely and relevant piece of art” that acknowledges the Black Lives Matter movement as well as celebrates the culturally rich population of the city – though the artist should also “highlight Kendall Square’s cultural, creative and entrepreneurial energy.”

The deadline to submit a proposal is Aug. 18. Details are here.