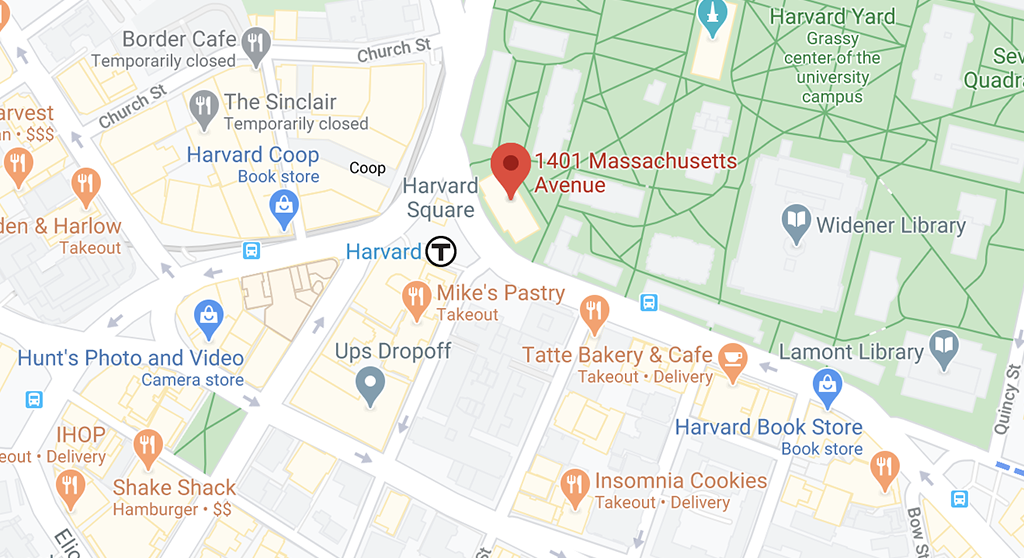 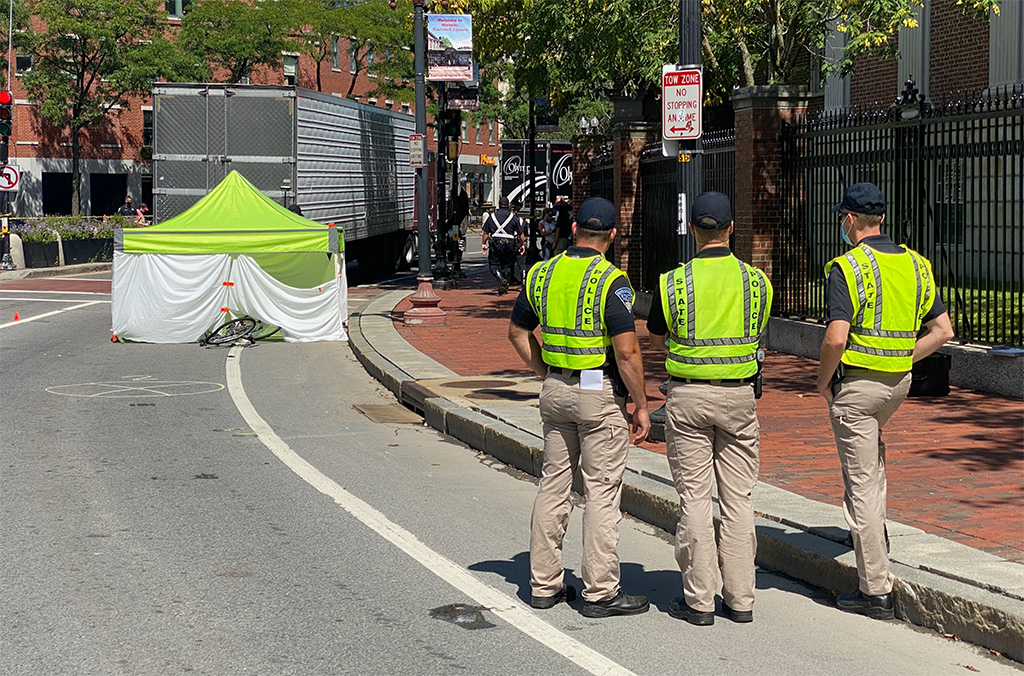 Police investigators work around a tent covering the scene of a bicycle death Tuesday in Harvard Square. (Photo: Marc Levy) 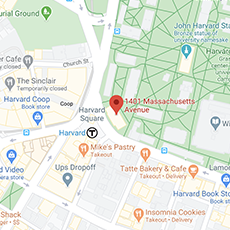 A bicyclist died early Tuesday after a crash with a tractor-trailer near the Harvard Square T Station, police said.

The crash took place at approximately 9:42 a.m., and investigators from Cambridge police and fire as well as state police remain on scene, authorities said in press releases roughly an hour later.

The Middlesex District Attorney’s Office was expected to coordinate the release of information, which did not yet include the name of the bicyclist – reportedly a man in his 50s. The bicycle, partially covered by a small tent behind where the truck remained parked as noon arrived, did not appear to be a rental.

Commuters should expect delays in the area and seek alternative routes. 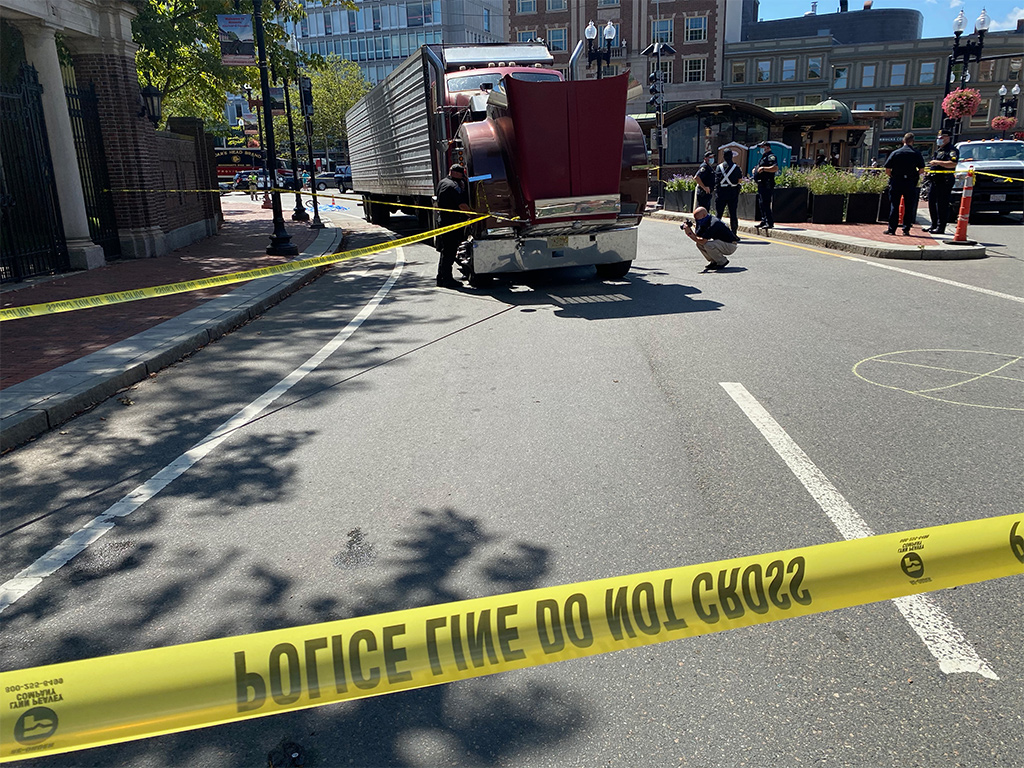 Investigators check the engine of a truck involved in a fatal collision Tuesday with a bicyclist in Harvard Square, while a police photographer captures details. (Photo: Marc Levy)

It was roughly 11 months ago – at approximately 6:53 a.m. Sept. 17, 2019 – that a truck driver fatally struck a pedestrian, librarian Sharon Hamer, 67, leading to proposed traffic improvements in the square.

Updated on Sept. 2, 2020: The rider has been identified as Darryl Willis, 55. WCVB spoke with a witness who said he was riding without a helmet and was crushed when he and the truck tried to merge into the same lane.