‘Rebecca’: Much like the new Mrs. de Winter, gorgeous retake is haunted by earlier version 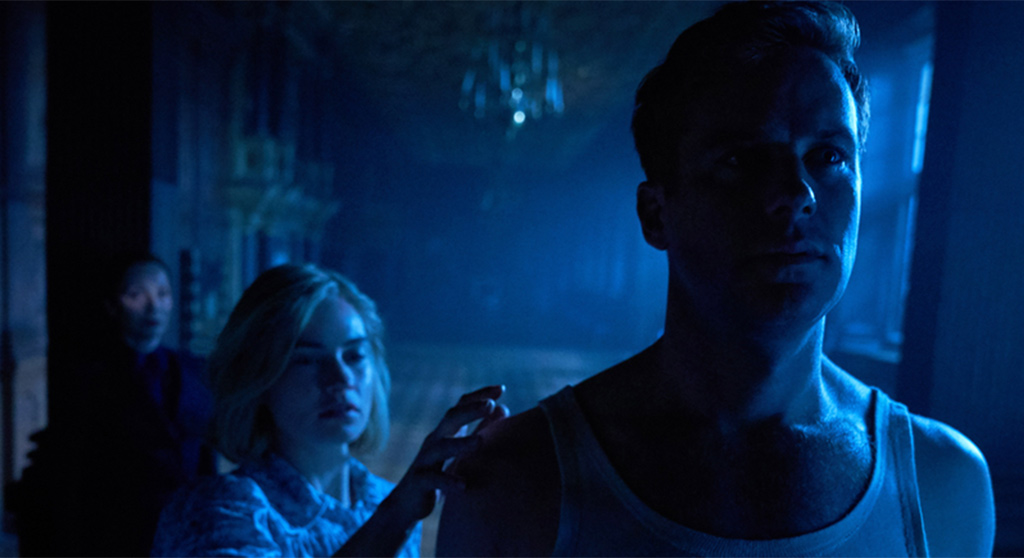 ‘Rebecca’: Much like the new Mrs. de Winter, gorgeous retake is haunted by earlier version

Ben Wheatley, the mind behind such dark endeavors as “High-Rise” (2015) and “Kill List” (2011), has said this “Rebecca” is not a remake of Alfred Hitchcock’s 1940 Academy Award winner (Hitchcock’s first Hollywood film) but instead a new envisioning of the gothic novel by Daphne du Maurier. The casting here is a tad off; in Hitch’s version the venerable Laurence Olivier played Max de Winter as a brooding yet debonair depressive, while in Wheatley’s re-spin we get a hunky Armie Hammer (“The Social Network,” “Call Me By Your Name”), who doesn’t seem quite as much in the throes of grief about his perished wife of the title. No, Wheatley fires this up as a stately love affair between two physically blessed people: Hammer’s widower and Lily James (“Cinderella”) as the new Mrs. de Winter. The two meet in Monte Carlo, Max just getting back into circulation after the death of his wife and James an American semi-stranded abroad. Sparks fly instantly, and Wheatley and his stars spend some time steaming up the screen before moving on to the psychological and mystery components of du Maurier’s work that Hitchcock and crew mastered so effortlessly.

For those unfamiliar with the work, once nestled at Max’s lush, seaside Cornish estate Manderley – cinema’s other big sweeping iconic manse, along with Tara from “Gone With the Wind” – the new Mrs. de Winter becomes haunted by the specter of the former Mrs. de Winter through Max’s aloofness, her own psychological delusions and the bitingly barbed politeness of the head caretaker, Mrs. Danvers (Kristin Scott Thomas). There’s also a revisiting of what really happened to Rebecca. Wheatley, adroit at dread and a master of dark, atmospheric effect, applies these talents to awkward effect here, with some working seamlessly and others lifting you out of the tale. It’s shot gorgeously by Laurie Rose, who’s worked on most of Wheatley’s other films and makes the most of the bigger budget and palette here. Hammer and James are fine, no matter how deeply handicapped they are by living in the shadow of Olivier and Joan Fontaine; but the film really perks up when Mrs. Danvers is on screen, with Thomas worthy to follow Judith Anderson, who earned an Oscar nod for the part in Hitch’s production. Also notable is Sam Riley (“Control”) as the devious Jack Favell, who had connections to Rebecca and an acrimonious relationship with Max.

You have to admire Wheatley for taking on such a mantle. It’s a heavy one, and there was Gus Van Sant’s 1998, frame-by-frame remake of Hitchcock’s “Psycho” (1960) out there to warn him off. Right, it’s not a remake, but the comparisons are inevitable and the expectations sky high.

“Rebecca” is streaming on Netflix.