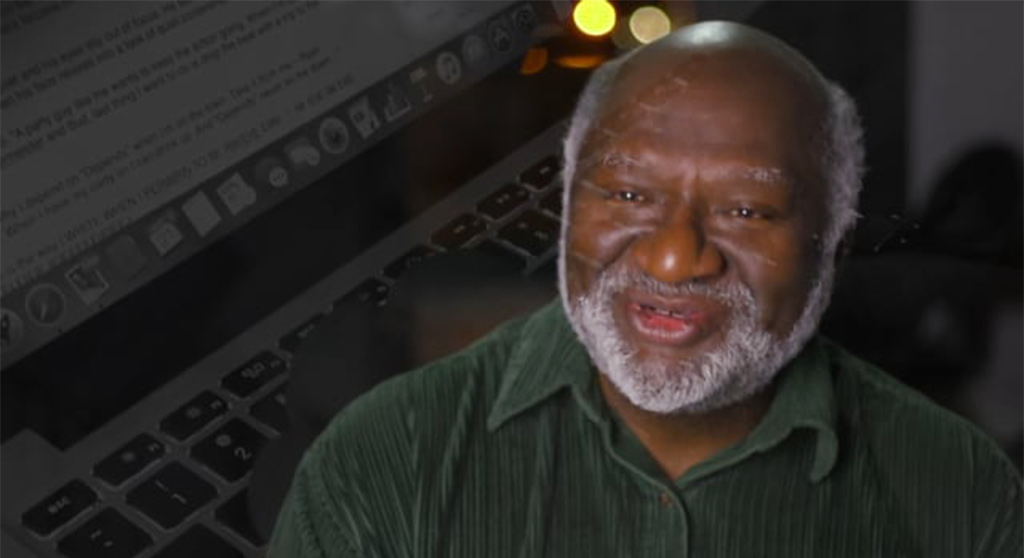 The Roxbury International Film Festival, the largest festival in New England that celebrates people of color, kicks off virtually Wednesday. The opening night feature “The Sit-In: Harry Belafonte Hosts the Tonight Show” seems impressively apt, as the sit-in (with guests Martin Luther King, Robert Kennedy, Lena Horne, Paul Newman, Wilt Chamberlain, Aretha Franklin and Bill Cosby) was a response to the race riots in the late 1960s and something we could maybe use today. The film pairs with “Charles Coe: A Man of Letters,” a portrait of the Cambridge poet, educator and generous personality. The fest runs through Oct. 5. A complete list of films, events and panels is here.

Another courtroom drama (okay, this one is a settlement negotiation in a corporate fishbowl) from master of male bluster Aaron Sorkin, whose “The Trail of the Chicago 7” was released Friday. Here he gets to delve into the mind of a young Mark Zuckerberg during his Harvard days, as he starts Facebook. It’s a gripping adaptation of Ben Mezrich’s book, which paints Zuckerberg as both arrogant opportunist and naive underdog. Jessie Eisenberg is brilliant (and was Oscar-nominated) as Zuck, I can’t imagine the social media mogul embraces the portrait, which still gives you some pause when logging on. Sorkin would win Oscars for his brilliant script, as would Nine Inch Nails frontman Trent Reznor and Atticus Ross for their edgy, mood-setting score. Great shots of Cambridge (directed by David Fincher, “Se7en,” “Girl with the Dragon Tattoo”). Can’t say the Crimson or ex-prez Larry Summers gets off the hook either.

Richard Jenkins, now on screen in Miranda July’s “Kajillionaire,” is a longtime character actor who rose to the fore in the emotionally stirring story of a late-awakening musician and illegal immigration by Tom McCarthy (“Spotlight,” “The Station Agent”). Jenkins would get an Oscar nod for his portrayal of a curmudgeonly Connecticut academic who arrives at his pied-à-terre in New York to deliver a paper at another institution and finds a young Senegalese couple living there. He throws them out, then beckons them back in. He’s a professor of music, the young man is a skilled drummer; the emotional ebb and flow between the two is nuanced, and self-revelatory for those who drink it in.

Jenkins was also Oscar-nominated in the supporting category for his role here as the closeted neighbor in Cold War-era Baltimore of a deaf woman (Sally Hawkins) harboring and carrying on an affair (yes, you heard right) with a captured organism that’s a sleek modern spin on “The Creature from the Black Lagoon.” The heart of the film is that all three are outcasts seeking acceptance and a human (cross-human?) connection. The film, directed by Guillermo del Toro, (“Pan’s Labyrinth,” “Pacific Rim” and “Hellboy”) netted Best Picture and Best Director gold. Hawkins too – amazing as always – was nominated, but would lose to Frances McDormand giving pure sizzle in “Three Billboards outside Ebbing, Missouri.” (Read the full review from Dec. 12, 2017.)

Longtime Supreme Court Justice Ruth Bader Ginsburg passed away last week. She was the second woman appointed to the Supreme Court and a feminist icon who did as much, if not more, than Gloria Steinem for sex equality. This doc, by filmmakers Julie Cohen and Betsy West, takes a straight-up approach after an opener of a litany of male bluster tagging Ginsburg as an “evil” and “bad” woman, with one such retort from our sitting prez. As a young mother attending Harvard Law, she was barred from getting a book at Lamont Library because woman weren’t allowed (sad, but so) and later fought sexual inequality from the bench – “Marching wasn’t her thing,” one talking head reflects. “She wanted to use her legal skills.” Childhood friends lend the most emotional and robust details, which seems to get at the most at the heart of the Notorious RBG and perhaps where the filmmakers should have stayed. The doc is playing in rerelease at the Kendall Square Cinema and is available on Hulu.

One of the all-time great sports dramas to grace the screen. Granted, it was made as a TV movie, but one with real soul, heart and depth about the camaraderie between Chicago Bears running backs Gale Sayers and Brian Piccolo. Piccolo, born in Pittsfield, came in higher in Heisman Trophy balloting than Joe Namath and Sayers. Blessed with elusive instincts, breakaway speed and a humble off-field demeanor, Sayers would go on to have an electric hall of fame career. Sadly, he passed away last week. Piccolo, as the film depicts, was stricken with cancer just a few years into his short Bears career, and much of the action centers on Sayers (Billy Dee Williams, aka Lando Calrissian) helping a struggling Piccolo (Jame Caan, on the edge of stardom in Francis Ford Coppola’s “The Godfather” the next year) get through one more season. You don’t have to be a sports fan to appreciate this timeless, moving classic. If it doesn’t break your heart, you don’t have one.

Perhaps the ultimate social distancing measure, as a military detachment of women go into a mysterious shimmer that appears on the Gulf Coast after a meteor strike. Don’t call it a bubble, because once inside time, reality and your DNA begin to get scrambled. The film’s an apt follow-up for Alex Garland, whose debut “Ex Machina” (2015) was a lean and effective sci-fi arthouse crossover. The film stars Natalie Portman as former military, now a biologist embedded with the platoon. The film also gave rise to Gina Rodriguez, who is a perky offset alongside Jenkins and crew in the recently released “Kajillionaire.” (Read the full review from Feb. 2, 2018.)

Evan Rachel Wood, whom we all think of as Dolores in the slick sci-fi series “Westworld,” gave a knockout performance in “Kajillionaire” this week, reminding us of the actress’ vast skill set. Here she’s a troubled L.A. teen being raised by a single mother (Holly Hunter) trying to gain social status at school by plying the favor of the it girl (Nikki Reed, who cowrote the script), which leads to petty crimes, alcohol, drugs and sexual situations, as well as a more fractious home life with mom. Given the room for platitude and cliche, the film’s wholly genuine, gritty and from the heart. As with “Kajillionaire,” without Wood’s central performance the film does not work.

Haskell Wexler, the award-winning cinematographer with a CV that includes “Who’s Afraid of Virginia Woolf” (1966), “One Flew Over the Cuckoo’s Nest” (1975) and “In the Heat of the Night” (1967), made this plucky hybrid film that staged a drama about a TV reporter (Robert Forster) who gets swept up in the riots surrounding the 1968 Democratic Convention in Chicago – by shooting on location during the convention and its chaos. The film is a perfect echo and a companion watch to Sorkin’s “The Trial of the Chicago 7,” which just opened. As a director, Wexler would make few films and mostly documentaries, including “The Bus,” which followed civil rights protests.

A bland thriller with a killer cast from Tate Taylor (“Ma,” and the new television series “Filthy Rich”). Jessica Chastain fills the title role as an international assassin who’s got 40 kills but pisses off her handlers (John Malkovich and Colin Farrell) because she questions her targets about their sins before offing them. She’s something of a hot mess, sober eight years – and you know that’s not going to last when she opens the minbar in a Boston hotel. Much of the action tales place here (Back Bay, the Zakim Bridge, the ICA and more). It’s great to hear Farrell unleash his native Irish accent; Malkovich, who didn’t have to commute far from Cambridge for his part, looks weary in a weary-warrior role, and Geena Davis and Joan Chen (she’s directed too, check out “Xiu Xiu: The Sent-Down Girl” and be prepared to be amazed) add spice as Chastain’s mom and a leather-clad mob head. Chastain, a wonderful actress (“Zero Dark Thirty” and Sorkin’s “Molly’s Game”), feels stiff in the role – in part because the script is all cartoonish action and the stunt work is clunky, even laughable at times. It’s fun for the Boston locale (it gets half a star just for that), but there are similar-caliber actresses in similar roles with tighter, more imaginative narratives and far, far superior fight choreography in “Atomic Blonde” (2017) with Charlize Theron and “Red Sparrow” (2018) with Jennifer Lawrence.