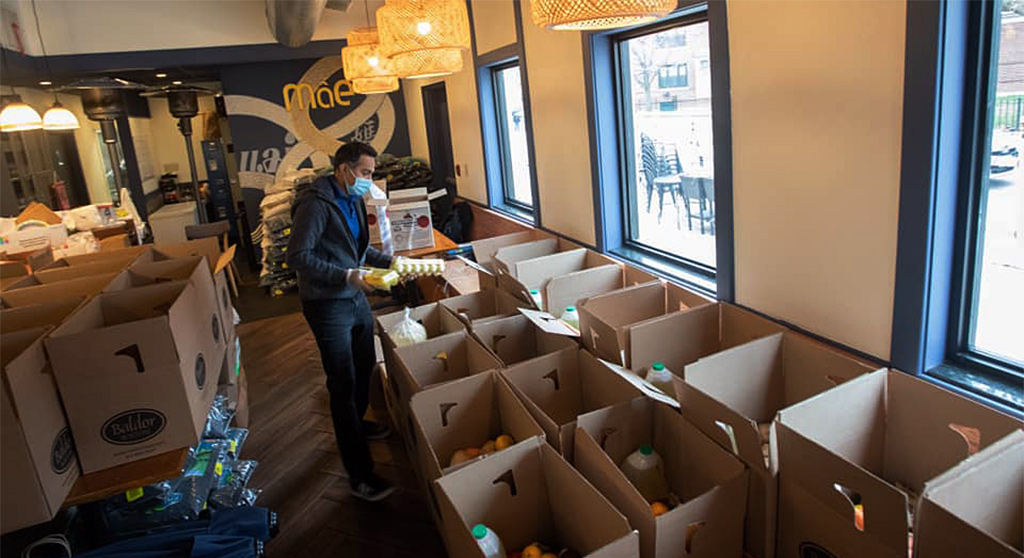 Project Restore Us food is prepared for delivery in November in repurposed space at Mae Asian Eatery in The Port neighborhood. (Photo: UFCW Local 1445 via Facebook)

Winter and subfreezing temperatures are here as restaurants continue to struggle to make ends meet and families struggle to put food on the table. Eateries such as Colette, Miracle of Science and The Asgard have chosen to hibernate until warmer times – and perhaps a coronavirus vaccine – while others have taken a leap of faith to launch (Source and Smoke Shop in Harvard Square) or reopen (the Newtowne Grill Express, for takeout). Others, such as Pagu and Mae Asian Eatery, both in the Massachusetts Avenue neck between Central Square and MIT, feel that being “safe and responsible” means no indoor dining, in the words of Pagu owner and chef Tracy Chang. As a result, they have found other ways to leverage their resources, keeping their businesses afloat while feeding the community.

To that end, they’re involved in Project Restore Us, a regional initiative allowing restaurants to tap their food supply channels to provide sustenance to those in need while keeping workers employed and the lights on.

The program, which operates off grants and sponsorships, assembles customized boxes of goods for delivery to food-insecure communities through a volunteer network. But with the holidays here, Project Restore Us has a sudden dearth of funds that the team is scrambling to augment, cofounder Marena Lin said. 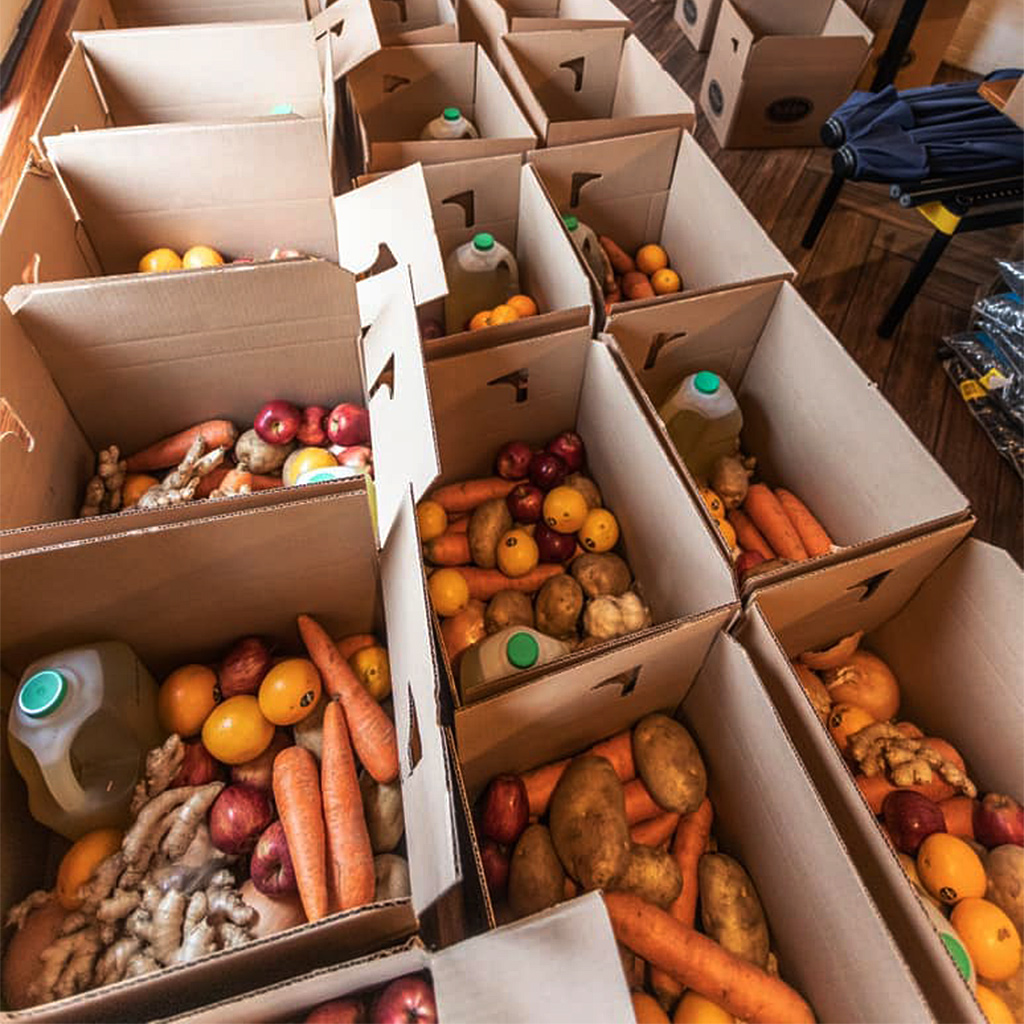 The project has delivered more than 160,000 pounds of food to more than 900 families, the founders say. Lin estimated that $2 million would sustain 2,000 families for three months and provide 25,000 hours of work for restaurant workers.

But the most recent fundraising goal is $15,000 – a month’s worth of support for local restaurants and food for another 101 families.

That’s broken down into bite-size chunks of tax-deductible giving. For instance, $45 means 35 pounds of groceries to a working family in Cambridge, Somerville, Medford, Everett, Chelsea or East Boston, and “each $1 donation buys one meal and pays restaurant workers,” according to the project. Donations are accepted here through Apple Pay, credit card or PayPal.

Along with Chang and Lin, a Harvard scholar whose academic work has focused on climate change and food security, the principals of Project Restore Us include Irene Li, of Boston’s Mei Mei restaurant, and Lily Huang, director of Mass Jobs with Justice.

There are other charitable food distribution networks, including the Boston Food Bank, that supply area food pantries. But those programs often provide random boxes of food that are not necessarily “nutritious or culturally appropriate” and don’t provide the opportunity for restaurants and their workers to partake in the process, Chang said. Restore Us customizes boxes based on outreach to the communities, and advice from partners in those communities.

This isn’t the first time Chang has engaged her Asian-Spanish themed restaurant for charitable causes. Early in in the pandemic her slimmed-down kitchen staff joined the volunteer effort Off Their Plate, which was set up to feed frontline medical workers with good, safe and high-quality meals when their facilities’ cafeterias got shut down. Chang and Lin say such hybrid efforts offer fiscal security to potentially marginalized workers, including undocumented or immigrant workers feeding families back home; they might otherwise have few economic options.

Also in the fight against holiday hunger: The Sheraton Commander Hotel’s Nubar Restaurant is contributing to the Cambridge Community Foundation’s Cambridge Covid-19 Emergency Fund. If you place an order this month, proceeds from add-ons such as a bottle of wine or desert go to the relief fund.