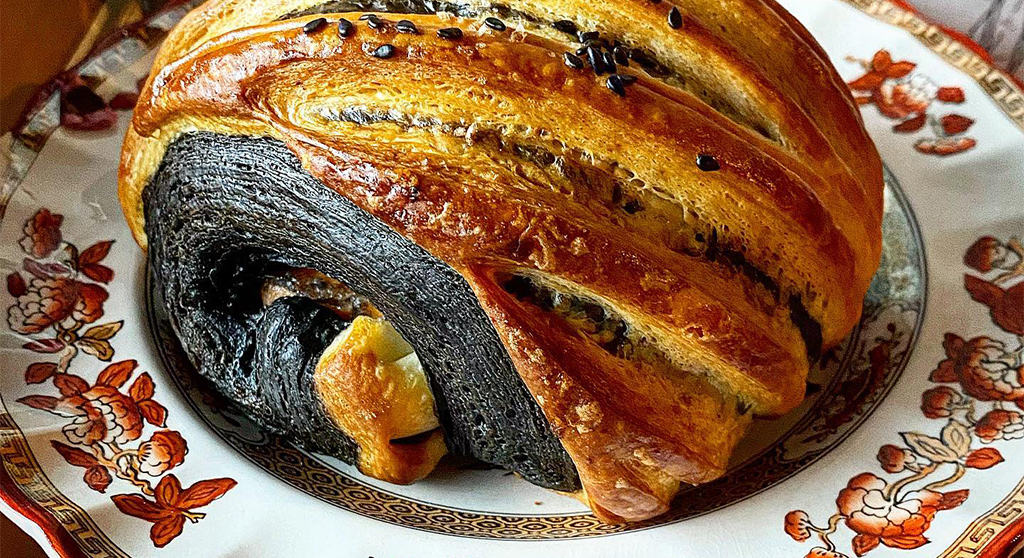 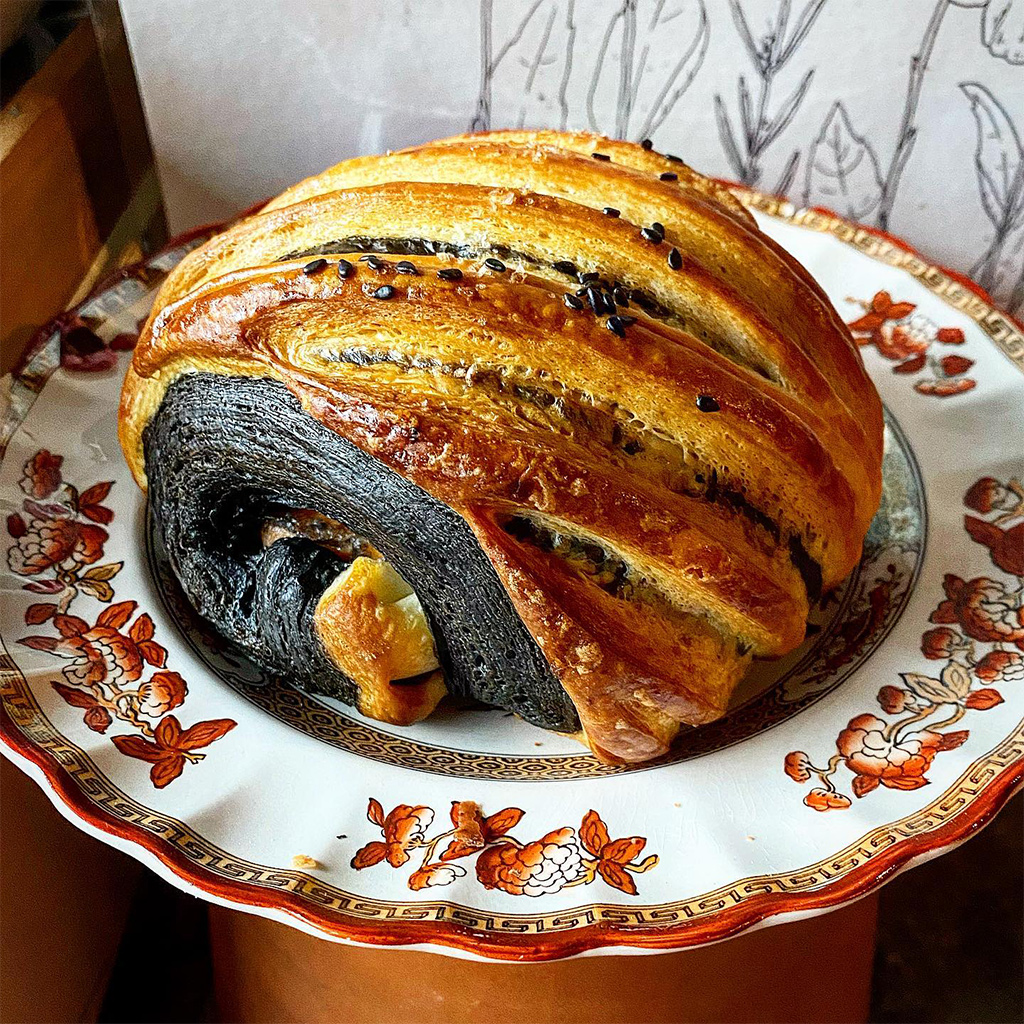 Jason Bond’s special croissant from squid ink tastes of the relationship between a food establishment and a neighborhood. (Photo: Bondir)

This weekend Jason Bond is making a special croissant from squid ink, a unique sake-flavored sesame paste from San Francisco and some salmon. It is available at both of Cambridge’s Formaggio Kitchens, and also at Pepita Coffee in the Lamplighter Brewery, conveniently across Broadway from Jason’s restaurant, Bondir. He makes his croissants and breads in the basement but bakes them on the ground floor, not far from the restaurant’s dining room, heated by a stove that burns wood.

Despite his small restaurant’s big reputation, Bond has struggled to move forward during the pandemic. He has a variety of takeaway foods, but his baked goods have been a huge success, selling out early on Saturdays and Sundays. He was aided by a grant from the City of Cambridge that was intended originally for outdoor furniture but instead became an essential piece of croissant-making equipment, a sheeter.

The relationship between a food establishment and a neighborhood can be complex. Hamersley’s Bistro in the South End helped define that neighborhood as an ever more sophisticated neighbor to the Back Bay, Boston’s own Brooklyn. Todd English’s Charlestown restaurants were helped by neighbors and locations in another suddenly transformed neighborhood that was within walking distance of downtown Boston: Charlestown became better know because Figs and Olive’s were there, and those restaurants were famous for being in Charlestown. Steve’s Ice Cream was defined in a New Yorker magazine piece as being the only reason most people had to visit old Somerville. A friend has long theorized that the vague neighborhood between Harvard Square and Porter Square needed and inchoately and collectively wanted a destination place such as Bagelsaurus; Simon’s Coffee may have simply been too small to catalyze an ill-defined district that is almost as much part of Oxford Street as Massachusetts Avenue.

Jason’s croissants sell out at relatively new spots that help to mark their neighborhoods. Cambridge’s second Formaggio, at 94 Hampshire St., started off slowly but once the pandemic ended most dining, the new residents steadily changing the neighborhood turned this small, curated market into Boston’s best convenience store. What other corner has such a variety of cheeses and wines and beers? (And baked goods from Bondir.)

Years ago a friend who lived on nearby Windsor Street bemoaned The Boston Globe’s habit of labeling as “killings” the dumping of murder victims in front of the departed Windsor Tap: “They weren’t killed in this neighborhood. Their bodies were dumped here!” Nothing could convince him that the distinction was – to many readers – slight. Then the city put up billboards urging residents to “Turn In a Pusher.” The sign was in Spanish and, as my friend said, “No one speaks Spanish in this neighborhood.” Much has changed. The food is improved.