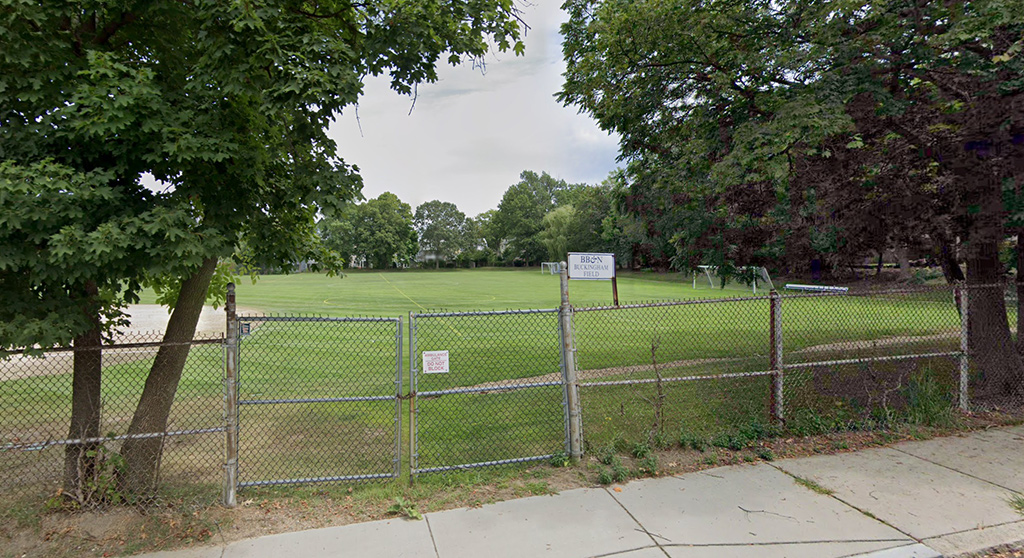 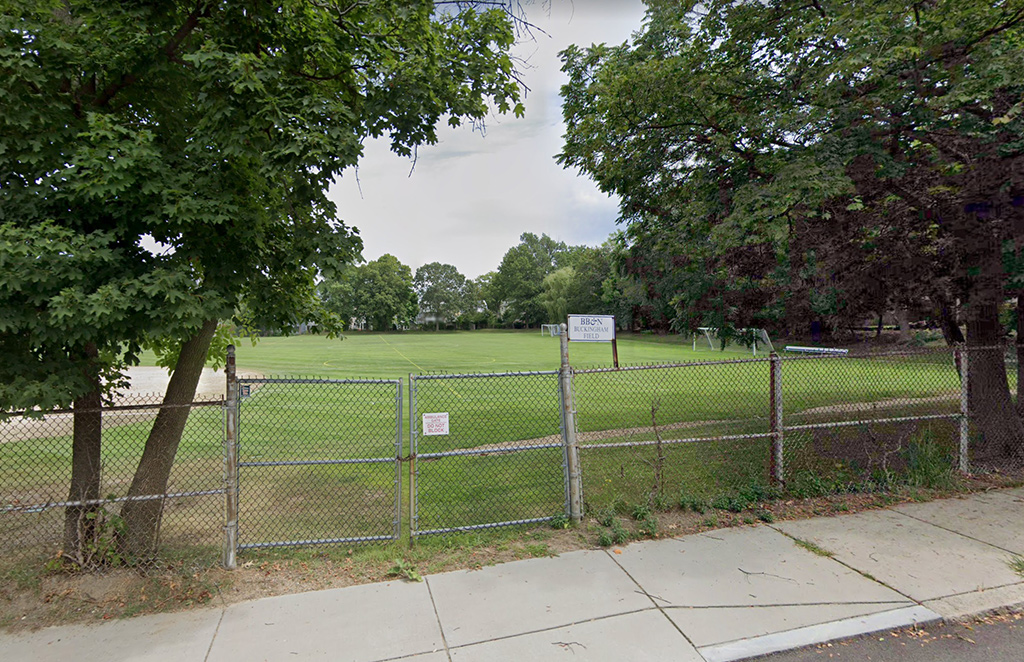 City Council, 5:30 p.m. Monday. There’s a request from the city manager for $18.5 million for a friendly eminent domain taking of the 4-acre Buckingham Field, a Buckingham, Browne & Nichols private day school playing field at 185 Larch Road, West Cambridge, across from Fresh Pond. It would be used as open space after the school finishes buying 6.1 acres on Grove Street in Watertown from Mount Auburn Cemetery for use as an athletic facility (part of the school’s planned 20-acre complex there); BB&N would keep rights to use the Cambridge land for three years while the Watertown space is prepared. “Demand for open space in the city continues to be extremely high,” according to a City Manager’s Office memo. “It is extremely important to explore, and when feasible act on, every opportunity to add to the city’s open space network.” Still, if future councils decide to use the field for other purposes, they could. From the school’s end, “the proceeds of this disposition will offset nearly half of our Grove Street purchase,” officials said in a Nov. 24 email.

While there’s some attention being paid to how Cambridge gets through the next months of lockdown (such as a renewed call to keep Memorial Drive closed to cars and open as “Riverbend Park” beyond Dec. 27), it’s coronavirus vaccines that are on officials’ minds this week. City chief public health officer Claude Jacob responds to a City Council call to ensure equity in vaccinations by appointing a Vaccine Task Force by saying no, because the often-ignored Expert Advisory Panel “has proven to be an effective and highly regarded source of guidance.” There are also new orders to ensure that only vaccines 90 percent effective or more be used in the city, and that lower-income residents get access to the vaccine by waivers if necessary.

It also looks like Cambridge will see out the year by preparing for changes in law and physical makeup, including votes on changes to Kendall Square in the so-called MXD district (800,000 new square feet paving the way for an Eversource power substation, sparing residential Fulkerson Street from hosting it) and Canal District Kendall (a 250-foot business tower with public gathering and arts spaces at the base, removing an ugly Eversource gas substation from the streetscape). Legal changes include to the definition of domestic partnerships, which councillors have asked to refer to “two or more persons” meeting certain criteria; and a Cannabis Delivery-Only Zoning Ordinance, which would resolve the problem that Cambridge residents can get pot delivered – but not, so far, from Cambridge sellers.

Metrics and other rules around in-person learning

School Committee special meeting, 6 p.m. Tuesday. ​A look is promised at changes around coronavirus metrics deciding whether kids get in-person learning, and for votes on whether to keep a 6-foot distancing rule for preschoolers through fifth-graders; and to change a quarantine period based on recommendations from city and state public health experts. Televised and watchable by Zoom video conferencing.

Planning Board, 6:30 p.m. Tuesday. The CambridgeSide redevelopment plan returns with some answers to board concerns by the team at New England Properties, giving more detail on everything from how long the project will take to a sense of how its retail will work. Overall, the idea is to take the site from 1.1 million square feet of mall, anchor properties and garage and turn it into 1.7 million square feet total mixed uses, including a core mall (down to 455,000 square feet), ground-floor retail, open space, 200 units of housing, and offices and labs. It’s all expected to be finished by 2027, with the housing delivered between 2023 and 2026. Televised and watchable by Zoom video conferencing.