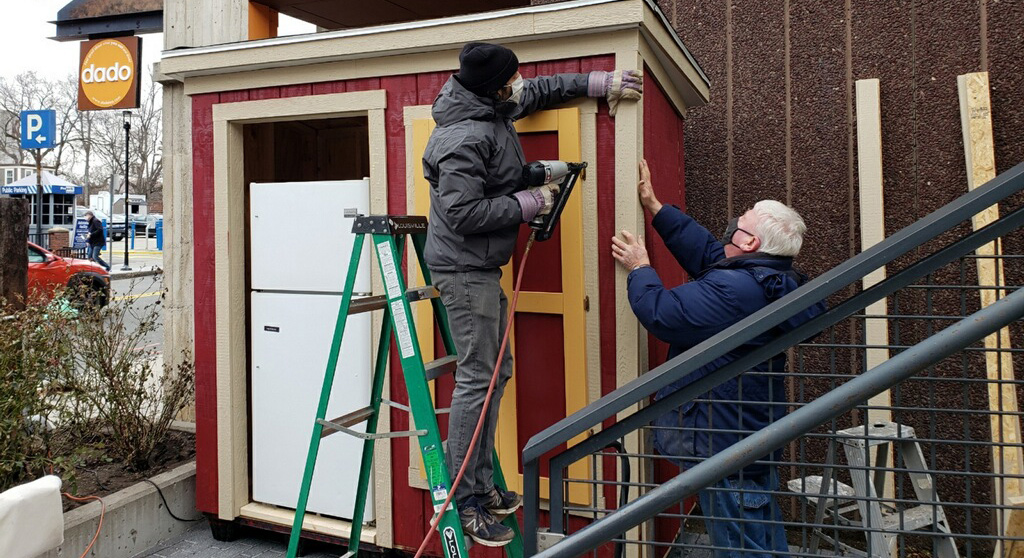 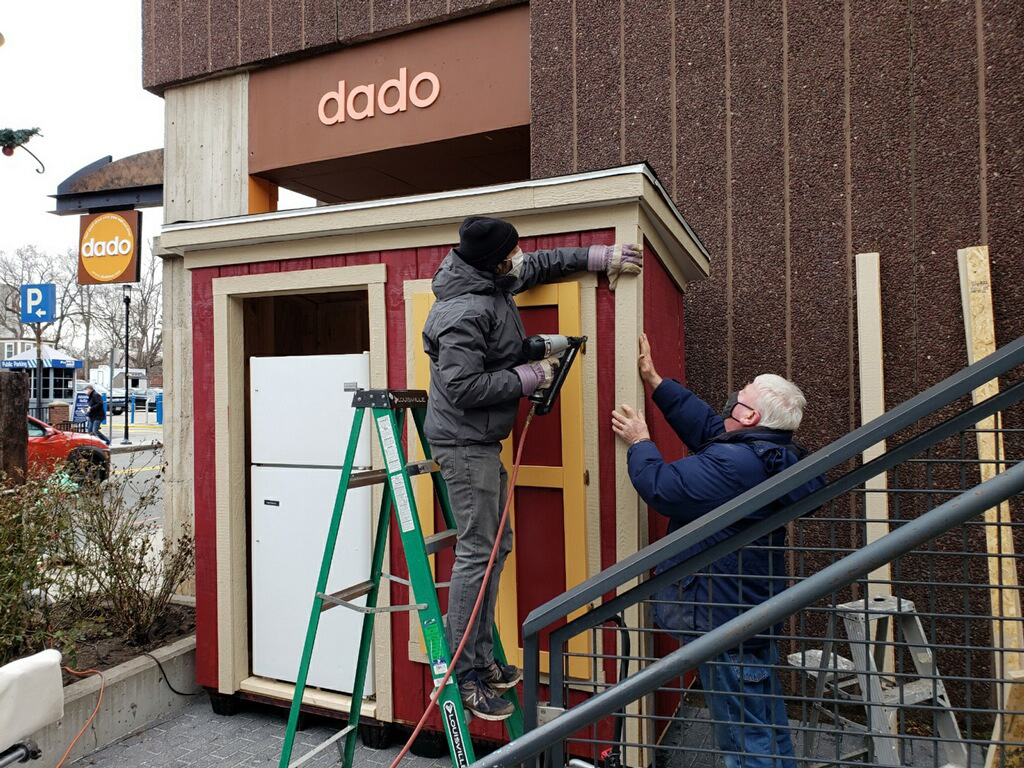 The “Fridge in the Square” is installed on Church Street in front of The Sinclair nightclub in Harvard Square. (Photo: Harvard Square Business Association)

A “Fridge in the Square” that lets the hungry stop by to take what they need has been installed in front of The Sinclair nightclub in Harvard Square, the Harvard Square Business Association said Monday. It’s Cambridge’s third.

There’s a national network of community fridges, which are taken care of by volunteers. One was placed in December at the Cambridge Community Center in Riverside, and there’s a “Bridge Fridge” at The Goree House in The Port. All are recipients of Cambridge Community Foundation grants.

A Union Square, Somerville, refrigerator was placed in November, and another is coming to that city’s Winter Hill, according to a dedicated Instagram page. Others are in communities such as Allston, The Fenway, Dorchester, Roslindale and Mattapan, according to a Cambridge City Growers map.

The Fridge in the Square was facilitated through the Harvard Square Business Association by the Y2Y homeless shelter, Trinity Property Management and The Sinclair in partnership with Cambridge Community Fridge, said Denise Jillson, executive director of the association. Its hut – with a pantry cupboard – was designed and built by Cambridge resident George Pereira with help from Al Salvia and Matthew Pereira, brought to 52 Church St. and reassembled there with help from Trinity and Sinclair staff.

“Cameron Van Fossen of Y2Y and Josh Bhatti from the Sinclair reached out to ask us to join their efforts to bring this project to life,” Jillson said. Harvard Square residents Cat Turco and Philip Borden contributed food that “allowed us to fill the fridge immediately, with enough funds remaining to stock it several more times.” Nearly any kinds of sealed food might be found inside; alcohol, raw meat and seafood are prohibited.

“With the principle ‘Take what you need, leave what you can,’ we aim to redistribute resources within our community to those in need on a hyperlocal scale. Our work is solidarity, not charity. All are welcome to contribute to and use the community fridge,” Hartenstein said.