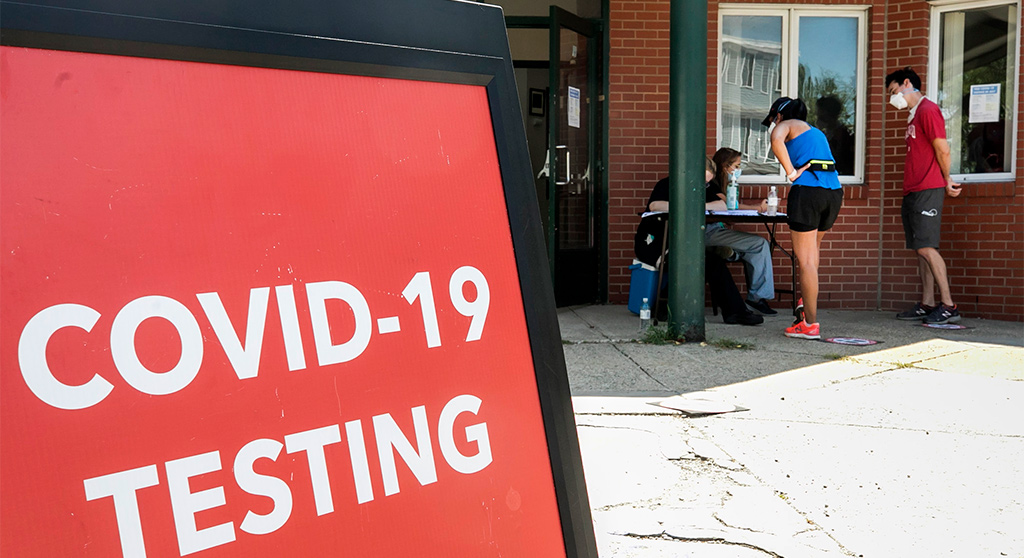 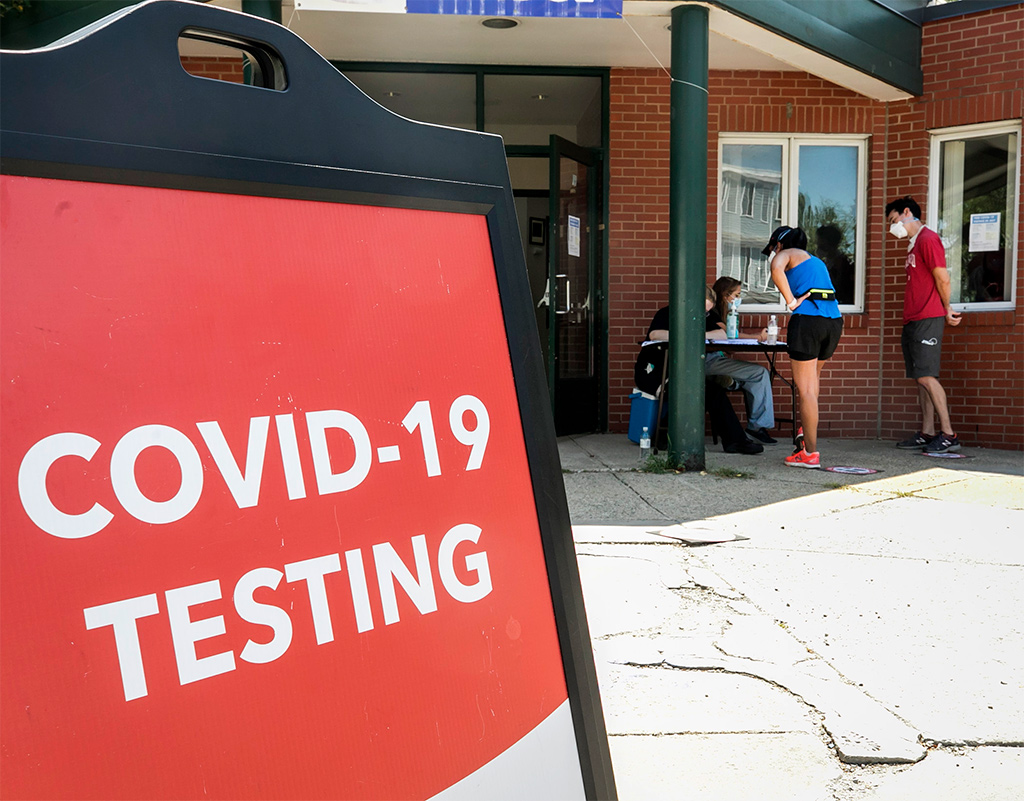 People check in at the Pisani Center in The Port neighborhood for a city-administered coronavirus test. (Photo: Kyle Klein/City of Cambridge)

Ten more Cambridge residents died of Covid-19 since mid-December, three of them living in public housing developments for elderly and younger disabled tenants, the city’s top public health official told city councillors Monday. At the same time, the state Department of Public Health reported four deaths at Neville Center at Fresh Pond in the last week of December, although it wasn’t clear whether any were included in the city’s tally.

The new Cambridge deaths brought the total to 110, with one reported Monday. Neville Center now has 35 deaths, according to the state, the highest toll among the city’s three nursing homes.

Besides the increase in deaths, city officials also reported increased infections in city workers and a surging demand for tests. Rising numbers of nonresidents seeking and getting tested “is not sustainable and needs to be reassessed, given the post-holiday uptick in testing,” City Manager Louis A. DePasquale said.

Large numbers of people showing up without an appointment have led to long lines and waits, including for those with appointments. Councillor E. Denise Simmons said one person told her: “‘I went over to the CambridgeSide [testing site] and the line is to Brighton.’ That’s the good news. But it is the bad news.”

“I’m troubled we have become the victim of our own success, for some groups of people for testing,” Simmons said, referring to nonwhite residents.

DePasquale reported a two-hour wait at the mall, calling it “just not an acceptable time frame. People are not going to come. We had to turn people back on Sunday.” A solution must be mulled among the city, health department, police and emergency workers, he said.

Tenants in the city’s low-income public housing developments and residents of nursing homes are especially vulnerable to the virus. But chief public health officer Claude Jacob wouldn’t say whether the Cambridge Public Health Department would agree to requests from councillors and the Cambridge Housing Authority to offer vaccinations to tenants in elderly/disabled developments in their own buildings to make it easier for them to get immunized.

It was urged again Monday by vice mayor Alanna Mallon. “I wonder how the city is working with the Cambridge Housing Authority to ensure that there are on-site vaccination clinics, particularly for the larger elderly low-income housing that seems to be hit hard now and a big concern for myself and many – all of the members of the City Council,” she said.

Jacob made no commitment, though, saying: “We’ll reach out and engage and ensure the residents are covered … This is in our line of sight.”

As for Neville Center, it is one of five Massachusetts nursing homes approved by the state last month to establish isolation units for recovering Covid-19 patients who need rehabilitation. The state encouraged the move to reduce stress on hospitals crowded with coronavirus patients, giving them a place to discharge people who have recovered enough to leave but not enough to go home.

It wasn’t reported whether any or all the four people who died at Neville Center were in the isolation unit; if they were, the city health department may not have considered them residents of Cambridge, and so did not include them in the death toll. Nursing home spokeswoman Angela Penny didn’t say whether they were isolation unit patients, and the website for Neville Center, the only Cambridge long-term care facility online site that discloses cases among residents and staff, doesn’t report deaths.

Covid-19 patients who are hospitalized and discharged sometimes must return, and some die. A state Department of Public Health spokesman didn’t respond when asked if the state agency was examining whether the isolation unit was connected to the deaths or whether hospital patients were discharged too soon. Neville Center has also reported new cases among staff since the isolation unit opened in early December; the unit is supposed to have a separate staff with no contact with other employees or residents outside the unit.

Three of the other nursing homes with approved isolation units have reported no new deaths since the units opened; the fourth had two additional deaths.