‘Outside the Wire’: If they survive their mission, do androids dream of military pensions? 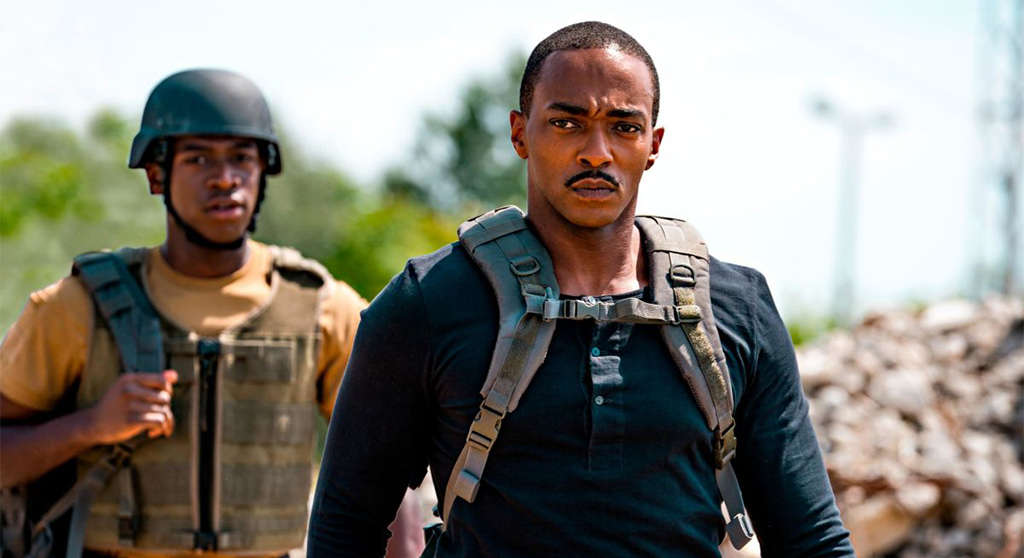 ‘Outside the Wire’: If they survive their mission, do androids dream of military pensions?

There’s no way drone warfare will ever be as cinematically visceral or thrilling as flesh and blood warriors going at it hand-to-hand in the trenches. Not going to happen. The Aaron Paul vehicle “Eye in the Sky” (2015), in which the “Breaking Bad” actor played a drone pilot on U.S. soil taking out baddies abroad, isn’t going to make anyone forget “Saving Private Ryan” (1998), let alone “Fury” (2014), the WWII chess game with tanks staring Brad Pitt. But what if you sent out the ’bots to settle things? Imagine BB-8 and Robocop teaming up to take out Isis insurgents, that could work, right? “Outside the Wire” pretty much weaves all the above into an antiwar anthem that’s ironically powered by some heavy-duty blam, blam, boom shoot-em-ups.

The film lands us in the near future, with much of the action taking place in the Baltic region. There’s a Cold War tang to the landscape and it feels as if all is calm in the Middle East, as if 9/11 never happened. Much of what drives the plot is heavy-handed hooey, but there are some big ideas touched upon and some great performances. First up we have Harp (Damson Idris), a U.S. drone pilot who, like Paul’s ace, sits in a high-tech shipping container somewhere in the United States as his drone surveys a hot military operation in an Eastern Bloc country. Up against the wire, Harp chooses to hit the site despite there being friendlies in the area, his thought being that it’s better to lose two and save 30. It gets him in some hot water, earning him an assignment over in said hot zone to learn what it’s like to be under fire. The troops in this near-future scape are supported by robotic units called Gumps – think of those cool Boston Dynamics creations and you’d have the right idea – but Harp’s assigned to aid a special ops mission led by Anthony Mackie’s uber intense Capt. Leo, who operates lone wolf style outside the wire.

The classified (and pat) crisis du jour is terrorist and rebel factions vying to get their hands on some nukes. The twist is that Leo’s an android. No, it’s not like finding out late that “Ash is a goddamn robot” in “Alien” (1979); it’s an early giveaway. Under his uniform Leo has the glowing blue internals that Alicia Vikander’s demurring AI had in Alex Garland’s sharp contemplation on creator and creation, “Ex Machina” (2015). Like Vikander’s android, Leo’s got a few computations going on beyond what his human handlers have given him, and on-the-job training for Harp at times calls to mind the good-cop, bad-cop hazing Denzel Washington laid down on Ethan Hawke in “Training Day” (2001).

The fun of “Outside the Wire” isn’t so much the narrative arc but the navigation of chaos – robotic, rebels and otherwise – by Harp and Leo. Leo’s physically gifted beyond human, a “Six Million Dollar Man” lite, but the film doesn’t ride that rail; he’s designed to appear human in all aspects (and feels pain). Some of the more interesting thinking points raised are Leo asking Harp why the Marines made him look as he does and not a blonde, blue-eyed QB (Do you dream of an electronic Tom Brady?), and in the occasionally abusive treatment of Gumps by their human military counterparts. Neither gets explored in any depth, but they are cause for provocative pause. The production values of “Outside the Wire” impress in scope and quality, and the combat scenes are well choreographed and orchestrated by director Mikael Håfström. In the end, the film succeeds on Mackie’s stoic magnetism and Harp’s wide-eyed vulnerability. Like the equally serviceable Netflix thriller “Extraction” (2020) starring Chris Hemsworth, “Wire” would be pure pap without its top-notch cast.

“Outside the Wire” streams on Netflix.