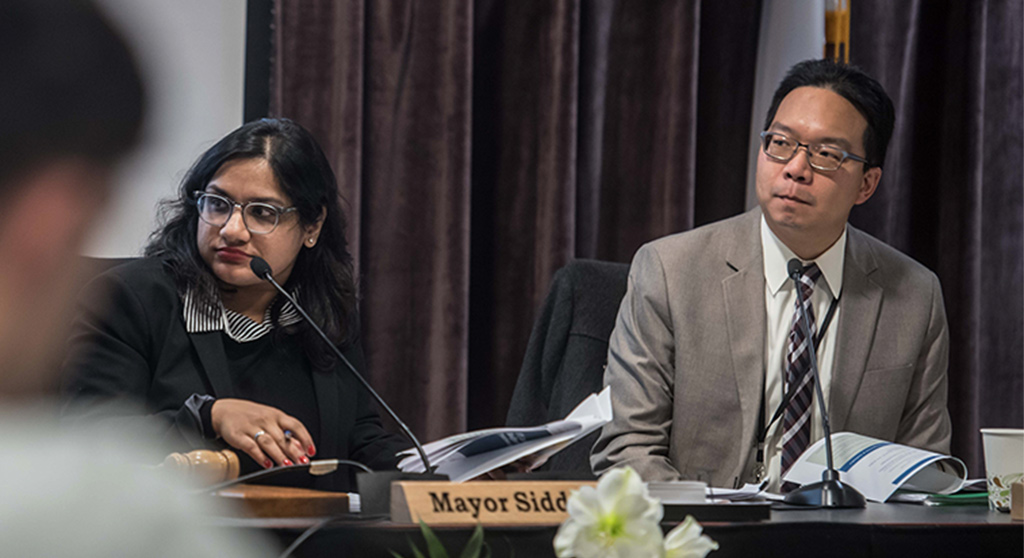 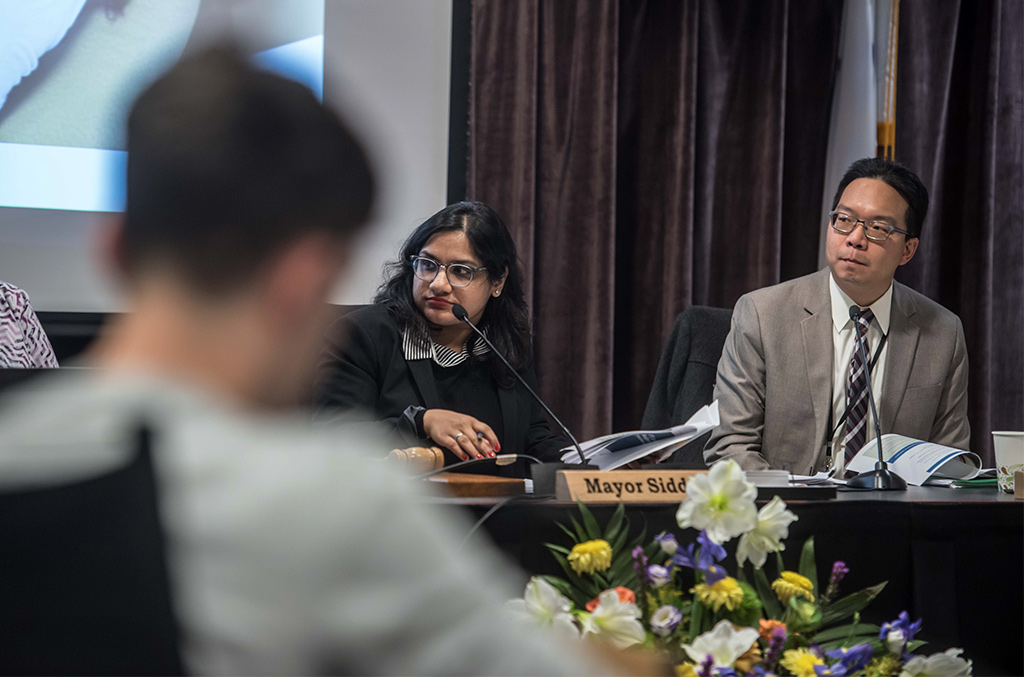 Mayor Sumbul Siddiqui and schools superintendent Kenneth Salim, seen in January 2020, say they are “disappointed” by a vote of no confidence from the teachers union. (Photo: Derek Kouyoumjian)

A vote among 1,000 educators resulted in 84 percent declaring no confidence in schools superintendent Kenneth Salim, the School Committee and “decision-making structures in Cambridge Public Schools” and their coronavirus reopening and expansion plans and process, the Cambridge Education Association said Friday.

The practical effect of the vote may be minimal. Salim said more than a week ago that he plans to leave the district this summer, two years earlier than expected; and an expansion of in-person classes is rolling forward as of March 1, after approval in a Tuesday vote by the School Committee.

Even more important, said CEA president Dan Monahan, are the votes looking ahead at expanded plans for in-person classes and demanding a “co-created, community-driven and anti-racist process” in selecting the next superintendent, also said to be a result of union members having “no confidence in existing policymakers and processes.” Those resolutions were each passed by 93 percent of the voting members, and include a call for the district to switch tracks and follow a coronavirus-related reopening proposal by the city’s Educators of Color Coalition.

The resolution around reopening includes an additional rebuke of Salim, saying the union “understands that the superintendent has not provided the Cambridge School Committee with adequate information to enable them to make safe and reasoned decisions.”

The superintendent and Mayor Sumbul Siddiqui, who leads the School Committee, said Friday that they were “disappointed” in the declaration of no confidence in the district’s elected and appointed leaders.

“Unfortunately, this is a strategy of division we have seen unions employ in other school districts in Massachusetts during the pandemic,” they said in a joint release. “Despite this action, our goal will continue to be expanding in-person learning opportunities for our scholars, while keeping all of our staff safe.”

Acknowledging educator concerns around Covid-19, Salim and Siddiqui also pointed to more than $5 million spent in safety measures to guard against transmission of the coronavirus in schools. “Ultimately, we have to decide what is best for the entire school district – even as we recognize that some people will disagree,” they said. “In the midst of extraordinary circumstances, our work has been guided by a deep respect for the entire CPS community and the shared goals of excellence and equity as we serve our children and families. We will continue this work over the next few months and look forward to a time when all our students are back where they belong – in the classroom.”

The full statement is here:

The officials also got an informal vote of appreciation Friday, as a public letter from a group called The Cambridge Coalition for Public Education arrived with gratitude for the reopened schools and move toward in-person class expansion. Described as being a parents group of about 430 people, the coalition praises Siddiqui, committee vice chair Manikka Bowman and members Fred Fantini and José Luis Rojas by name “for supporting the best interests of all Cambridge Public Schools scholars by voting for reopening March 1 without further delays.”

The group also thanks teachers, whether remote or in-person.

Union voting began Tuesday among nearly 1,500 members, according to a press release from president Dan Monahan. The process followed two meetings, each of which drew more than half of the full membership.

“The election results should come as no surprise to CPS leadership,” Monahan said, calling the results a “resoundingly” clear message of unhappiness around the lack of listening to teachers when it came to starting and expanding in-person classes.

Conversations about the vote have taken place “over the last few weeks,” he said. “We have carefully considered whether to go down this path.”