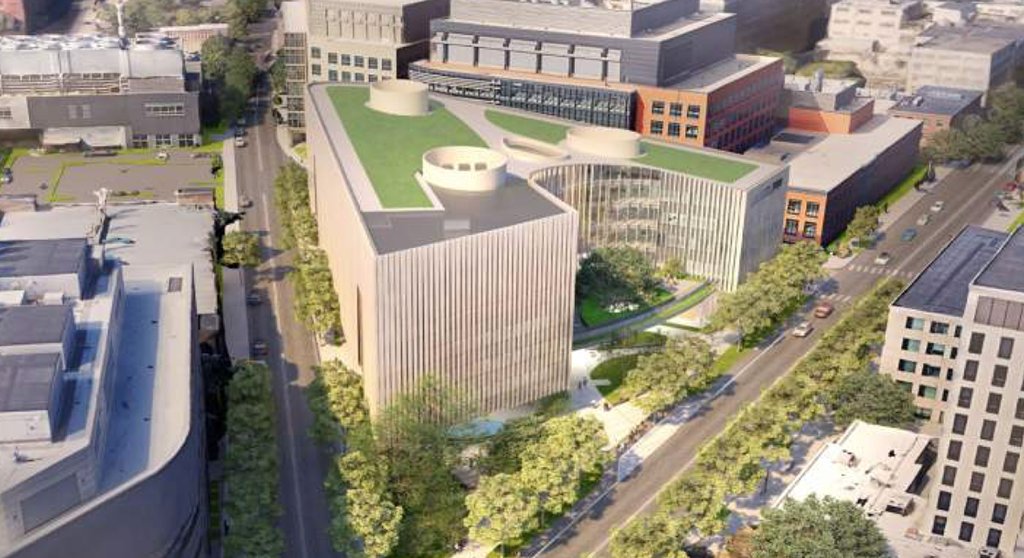 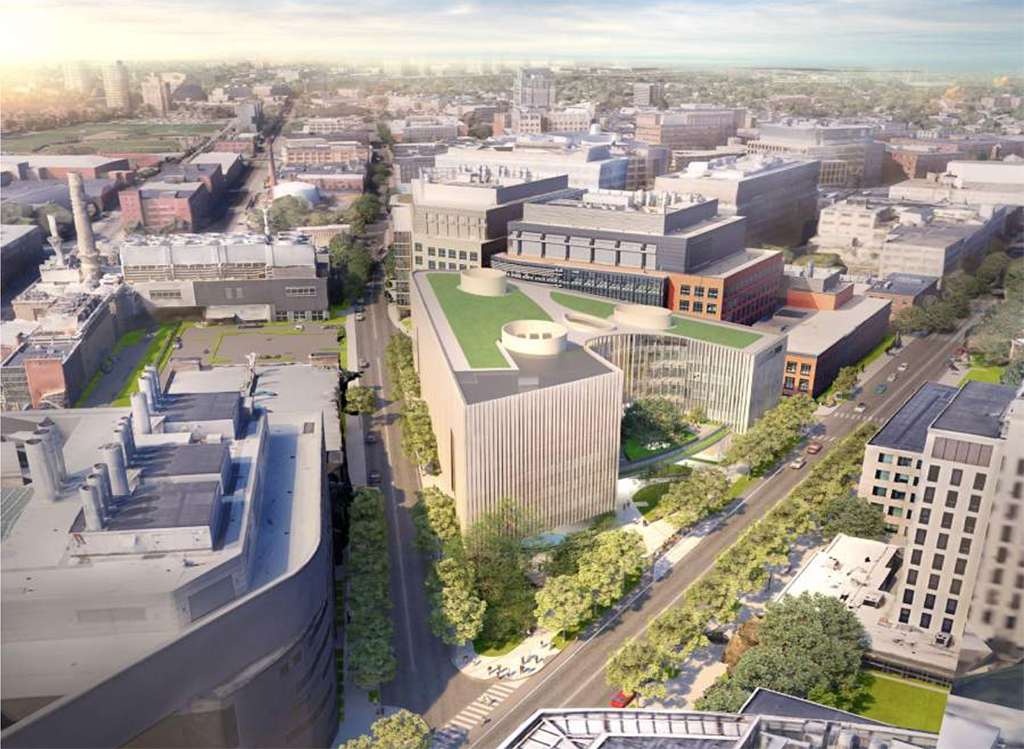 Plans for a new Ragon Institute near Kendall Square is intended to “provide an oasis of serenity and open space” to the community. (Image: Payette)

City Council, 5:30 p.m. Monday. The city’s Tree Protection Ordinance could get a big upgrade in helping Cambridge guard against the worst in coming climate change effects, including extending protections to smaller trees as “significant” and requiring permits for removal of any of them; introducing the concept of “exceptional trees” with a diameter of 30 inches or more at a standard height; possibly adding affordable-housing projects to the law; and more. The City Manager’s Office is also presenting rules for cannabis delivery-only businesses, giving a 36-month head start for applicants qualifying under “economic empowerment” and “social equity” rules. And there are committee reports due on a real estate transfer home rule petition and traffic enforcement and race.

There’s a move to keep remote participation in City Council meetings permanent even after the coronavirus pandemic fades and people are allowed back in to City Hall’s Sullivan Chamber for meetings, with Mayor Sumbul Siddiqui and others arguing that the council “has a vested interest in ensuring participation in public meetings is as convenient as possible, as doing so will encourage residents to lend their unique perspectives and better inform the City Council’s decision-making process.” It’s likely to be advanced to committee discussion for a rules change without much controversy. Also not too controversial: support for the Fare Act, which can encourage voting by making public transportation free on Election Day, and opposition to cuts to MBTA subway and bus service when there’s upward of $2 billion in disaster relief coming to the agency.

Planning Board, 6:30 p.m. Tuesday. The Ragon Institute, an immune-system focused venture of Massachusetts General Hospital, MIT and Harvard, plans to move its lab space and headquarters to 600-624 Main St., The Port, from 400 Technology Square in Kendall Square. Plans call for a six-story building of 185,010 square feet. The 1.6-acre site includes two vacant buildings and some parking space – an interesting triangular site provided by the Massachusetts Institute of Technology in a long-term lease. “Ragon determined that the design of the building must be world class, befitting both the role of Cambridge as the epicenter of biomedical breakthroughs and the role of the Ragon Institute as a beacon of hope,” according to the application. “Ragon also recognized that the design of the building must reach out to the community and provide an oasis of serenity and open space.”

License Commission, 1 to 3 p.m. Wednesday. Chocolatier Alexandra Whisnant (whose Aeronaut Brewing-based Gâté Comme Des Filles induced rapture a few years ago) and Robert MacLean Jr. seek wine, beer, cordials and liqueurs licensing for their Zuzu’s Petals, a 19-seater at 204 Hampshire St., Inman Square. That was City Girl Cafe’s space until its closing in May, then home to a short-lived Tapiocarias House of Flavors. There are also requests for wine and beer licensing at Mediterranean Grill in North Cambridge and Revival in the Alewife neighborhood.

School Committee Special Education and Student Supports Subcommittee, 3:30 to 5 p.m. Wednesday. Information around the spring MCAS standardized test gets a look from committee members, including implementation and accommodations as well as “building empathy” and summer services for students with individualized education programs or 504 plans. Watchable by Zoom video conferencing.

School Committee Budget Sub-Committee, 6 to 8 p.m. Thursday. A public hearing is planned on the proposed budget for the 2022 fiscal year. Watchable by Zoom video conferencing.