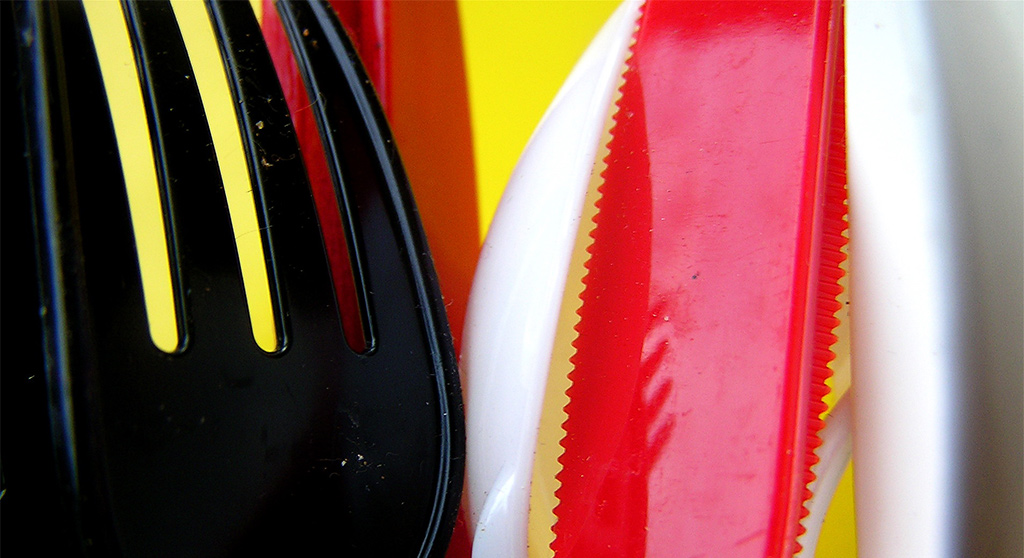 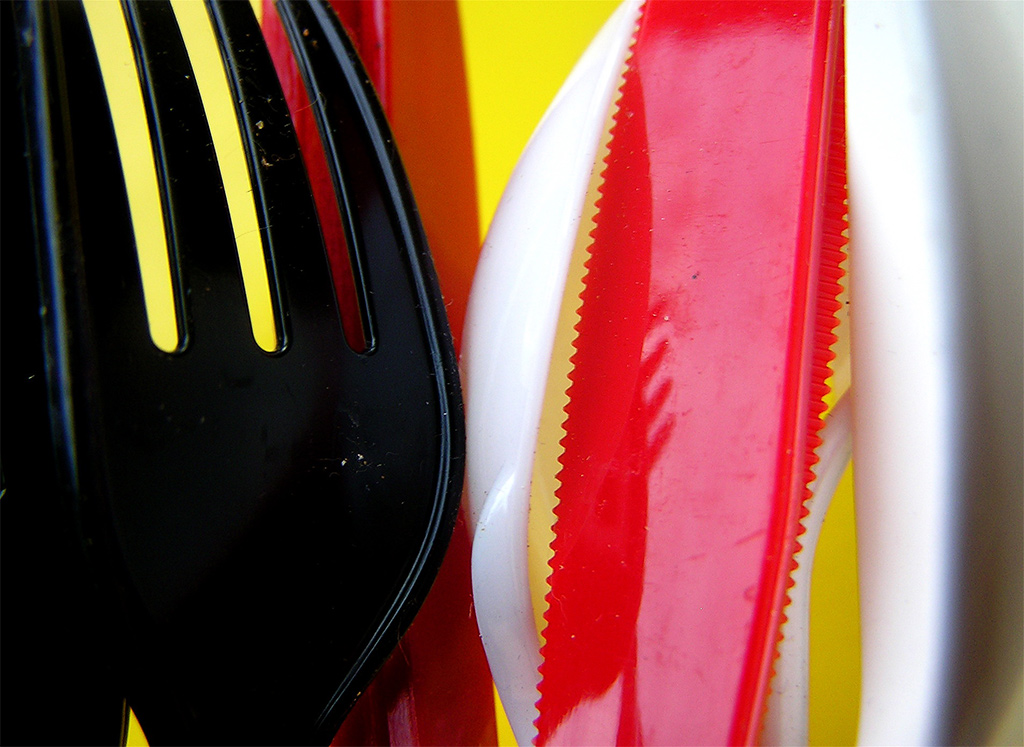 The City Council expects an answer Monday on a proposed ban on single-use plastics. (Photo: Liz West via Flickr)

City Council, 5:30 p.m. Monday. It’s trash day, with a few garbage-related business items from the city manager given weight by citywide rat problems. The measures include $1.5 million to buy and distribute a standard trash barrel to residential buildings; and $335,000 for 40 more Big Belly solar compactors, to be placed on Cambridge Street between Inman Square and the Lechmere T stop. There’s also reports back on a curbside clothes recycling proposal and from Public Works commissioner Owen O’Riordan on a 2019 council order to assess a ban on single-use plastic items – saying “a blanketed single-use plastics ban is not necessarily in the city’s best interest” compared with finding ways to reduce use, such as by requiring takeout customers to ask for plastic utensils instead of providing them by default. (Unrelated to waste, there’s a request to ask state permission to dig up land and sink geothermal wells for the new Tobin Montessori and Vassal Lane Upper Schools complex.) Televised and watchable by Zoom video conferencing.

School Committee budget workshop, 6 to 8 p.m. Tuesday. Committee members plan to review the proposed budget for the 2022 fiscal year, which starts July 1. Televised and watchable by Zoom video conferencing. (After that’s done, members expect to go into a closed-door meeting – these days, that means a Zoom call the public can’t watch – to discuss contract negotiation strategy for an interim superintendent. Public forums with the three finalists are planned for April 8; a committee decision out of the three is set for April 14.)

‘Missing Middle’ gets board consideration

Planning Board, 6:30 p.m. Tuesday. This proposal to return to building more multifamily dwellings (our classic “triple-deckers” and townhouses were built largely before Cambridge began adopting zoning starting in 1924) is before the board with an updated presentation and comprehensive assessment by Community Development Department staff. Televised and watchable by Zoom video conferencing.

Ordinance Committee, 5:30 to 7:30 p.m. Wednesday. This committee run by city councillors Dennis Carlone and Marc McGovern continues a Jan. 31 hearing about a Green Roofs zoning petition introduced Dec. 7. It calls for “vegetated or biosolar” roofs on new construction or significant rehabilitations of buildings 25,000 square feet and larger (raised from 20,000 since the previous hearing, after which petitioners from the group Mothers Out Front conferred with the Community Development Department). Televised and watchable by Zoom video conferencing.