‘Wrath of Man’: Ritchie and Statham reunited, heist with their own petard and angry about it 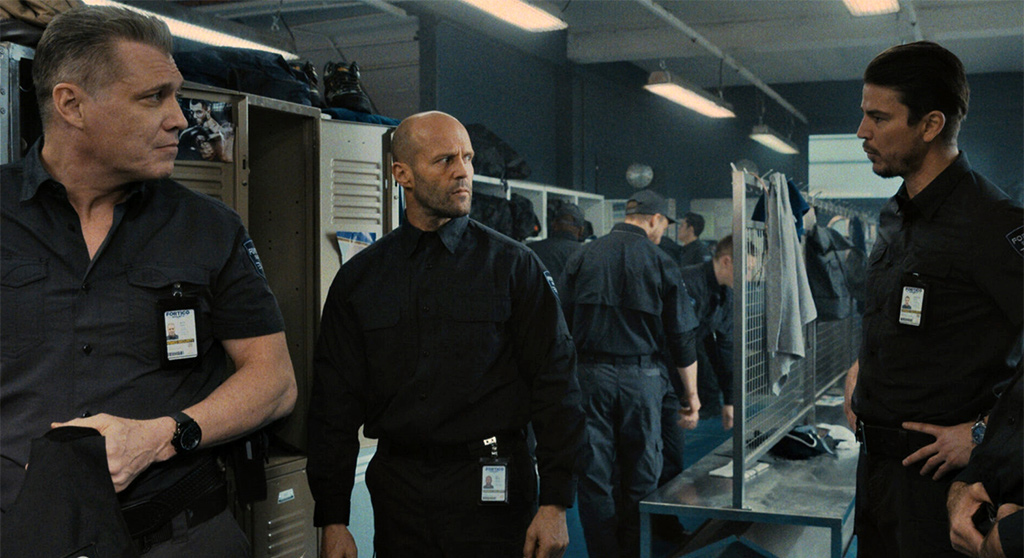 ‘Wrath of Man’: Ritchie and Statham reunited, heist with their own petard and angry about it

Guy Ritchie launched a lot of careers back in 1998 when he churned out the quirky crime drama “Lock, Stock and Two Smoking Barrels,” one being his own as an auteur of hyper-stylized violence in 3D slo-mo – something the Wachowskis would seize upon and elevate to an art form the following year with “The Matrix.” Menacing footballer turned actor Vinnie Jones is another; taciturn can-do strongman Jason Statham may have cut the biggest swath. Ritchie and Statham haven’t worked together since 2005’s “Revolver”: In between Statham had his hit “Transporter” series and joined the “Fast & Furious” franchise, while Ritchie made the live-action “Aladdin” (2019) and the tepid Sherlock films with Robert Downey Jr. Last year’s release of “The Gentlemen” signaled something of a return to form for Ritchie, even if the film couldn’t rise above its own self-aggrandizing cheekiness.

The pair’s latest collaboration is more of a straight-ahead Statham revenge flick like “Parker” or “Homefront” (both 2013) than an amped-up Guy Ritchie production – and that’s not necessarily a bad thing. Here in “Wrath of Man,” Statham plays H, a mysterious sort who barely shoots or drives well enough to make it as a guard with an armored car company that’s been targeted by a ring of thieves. What Ritchie and his phalanx of writers have cooked up is something like Steven Soderbergh’s “The Underneath” or Michael Mann’s indelibly furious “Heat,” both made in 1995 and about armored car heists.

To be certain, “Wrath of Man” is not on par with either. It’s not even close. But it does have its merits. The back-and-forth narrative between a heist in the recent past and one about to go down deepens the intrigue, as does a “Rashomon,” multi-angle view of a singular event, and there’s a score by Christopher Benstead that bristles with a sense of foreboding and goes far in defining the atmosphere and driving the action. The main reason to see “Wrath of Man,” however, is to see Statham’s enigmatic antihero with a hidden agenda do what he does best, and that’s pick apart those evading justice with cold, calculating efficiency. If you’re here for anything else, that’s on you. Also in the vast cast we get Holt McCallany, so good in David Fincher’s “Mindhunter” series, as Bullet, H’s higher-up; Josh Hartnett in an odd turn as Boy Sweat Dave, the armored car company’s big mouth who shuts down under fire; Ritchie regular Eddie Marsan as the company bean counter; and Scott Eastwood and Jeffrey Donovan as well-organized jarheads on the opposite side of the bulletproof glass from H.

“Wrath of Man” gets better as it goes on, something that can’t be said for “Tom Clancy’s Without Remorse,” a similarly straight-up revenge flick released last week. It’s doesn’t have the big production values of that Michael B. Jordan vehicle, but it does have Statham’s no-nonsense avenger, and that’s good enough to make it the better choice to waste two hours of your day on.