‘The Gentlemen’: Guy Ritchie gangster crew hashes out their differences to deadly ends 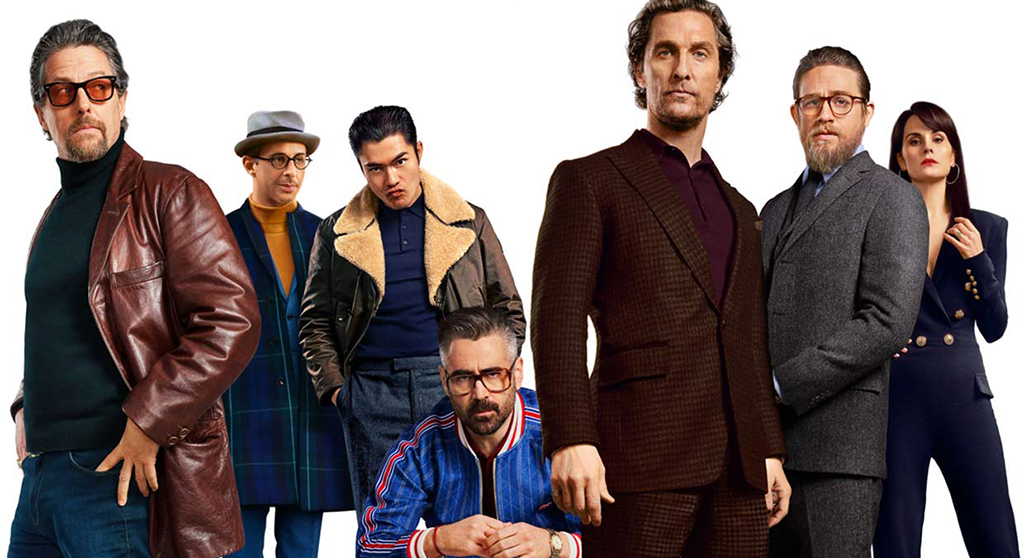 ‘The Gentlemen’: Guy Ritchie gangster crew hashes out their differences to deadly ends

It feels somewhat weird that this boldly minted Miramax offering from Guy Ritchie hits theaters just as the Harvey Weinstein trial kicks off in New York. Miramax, for those with short-term memories, was the studio Harvey and his brother founded back in 1979. The name remains synonymous with the notorious abuser, which is why in Ritchie’s return to the British gangster romp it’s so strange to see the moniker not only up there in lights, but as part of the plot. Perhaps the studio thought of it as something of a whitewash, but the timing makes the connection just too hard to shake.

That bit of ignominious history aside, “The Gentlemen” is quite entertaining, sharper and more focused than Ritchie’s “RocknRolla” (2008) though not in the same class as “Lock, Stock and Two Smoking Barrels” (1998) or “Snatch” (2000). (Also hard to believe Ritchie just helmed the recent “Aladdin” adaptation). The ensemble here is a stroke of genius, with Matthew McConaughey as Mickey Pearson, an American transplant who runs a half-billion-dollar cannabis operation, Hugh Grant owning the picture as a conniving P.I. and aspiring screenwriter named Fletcher and hunky hot ticket Henry Golding as Dry Eye, a foot soldier with big ambitions. Then there’s Colin Farrell as “Coach,” a saucy sort who runs an inner-city gym, and Charlie Hunnam as Ray, Mickey’s fixer. The uber-twisted plot essentially rides on the rails of Mickey in the process of selling his business (because of his criminal past, when weed goes legal he likely won’t get a seat at the table) to a fellow American (Jeremy Strong). From there, the chess match of double dealings and plots within plots spews forth, the whole endeavor framed brilliantly by some deliciously dicey dialogue between Fletcher and Ray over a few bottles of scotch and Wagyu steak – what’s that in your freezer, the son of a Russian oligarch?

The wild weave has some excitable highs – the hip-hop viral video of some of Coach’s kids laying a beatdown on a few of Mickey’s crew and Ray’s visit to a junkie’s den – but some of the orchestration feels far too enamored with itself and goes on too long. Cards are dealt and flipped, yet Ritchie keeps dealing. The bulk of the film hangs on McConaughey’s kingpin and his brash wife (Michelle Dockery), who runs an all-woman, luxury auto shop. But the characters that give the film soul and pop are the ones operating in the background, namely Fletcher, Coach and Ray. Grant’s wormy portrayal is so spot on but off-key for the actor that it’s blinding at first. (Ritchie unfortunately overplays the gift hand toward the end.) Farrell’s clean-cut, resourceful boxing honcho, however, is meted in just the right amount, including the unsavory deployment of a swine to win a point. Ray, for the most, emerges slowly but is the chap we get to know most intimately. He’s the film’s real hero. Golding, so promising in “Crazy Rich Asians” and “A Simple Favor” (both 2018), tries a changeup here, but for the most comes off as a pat, sneering fly in the ointment.

The big snag for me (besides the brazen flag-waving of the Miramax banner) comes in Ritchie’s flagrant lifting of an iconic scene from “The Long Good Friday” (1978) – if you’re not familiar with the film, go see it; it’s the greatest British gangster flick to date. The borrow, unquestionably intended as homage and a Tarantino-esque nod and wink to in-the-know cinephiles, is admirable in intent, but the execution is staid, too close to the bone and anemic by comparison. If “The Gentlemen” had been about 15 to 20 minutes shorter it might have been a real rock-n-roller; as is, it’s sharply slick and witty between bouts of overwrought machinations.