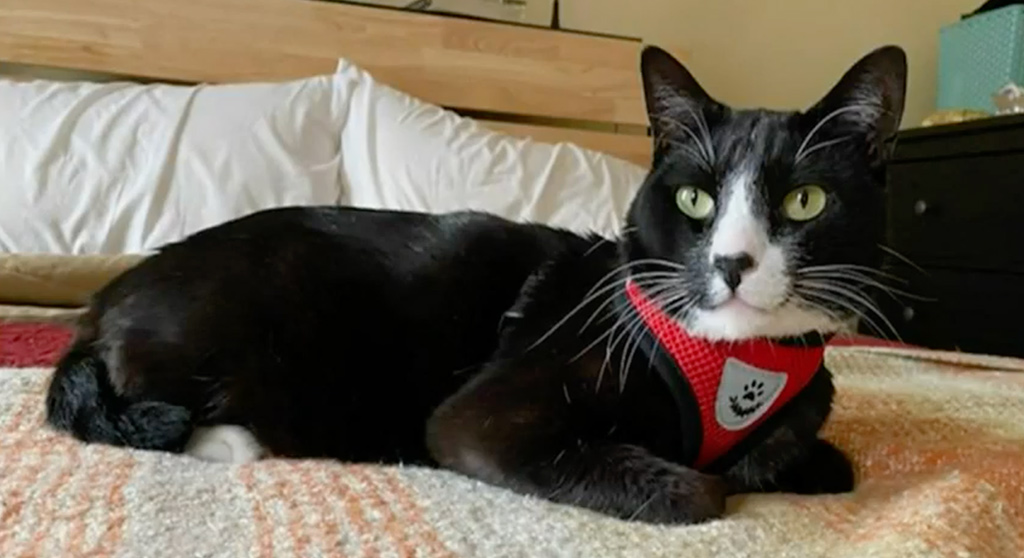 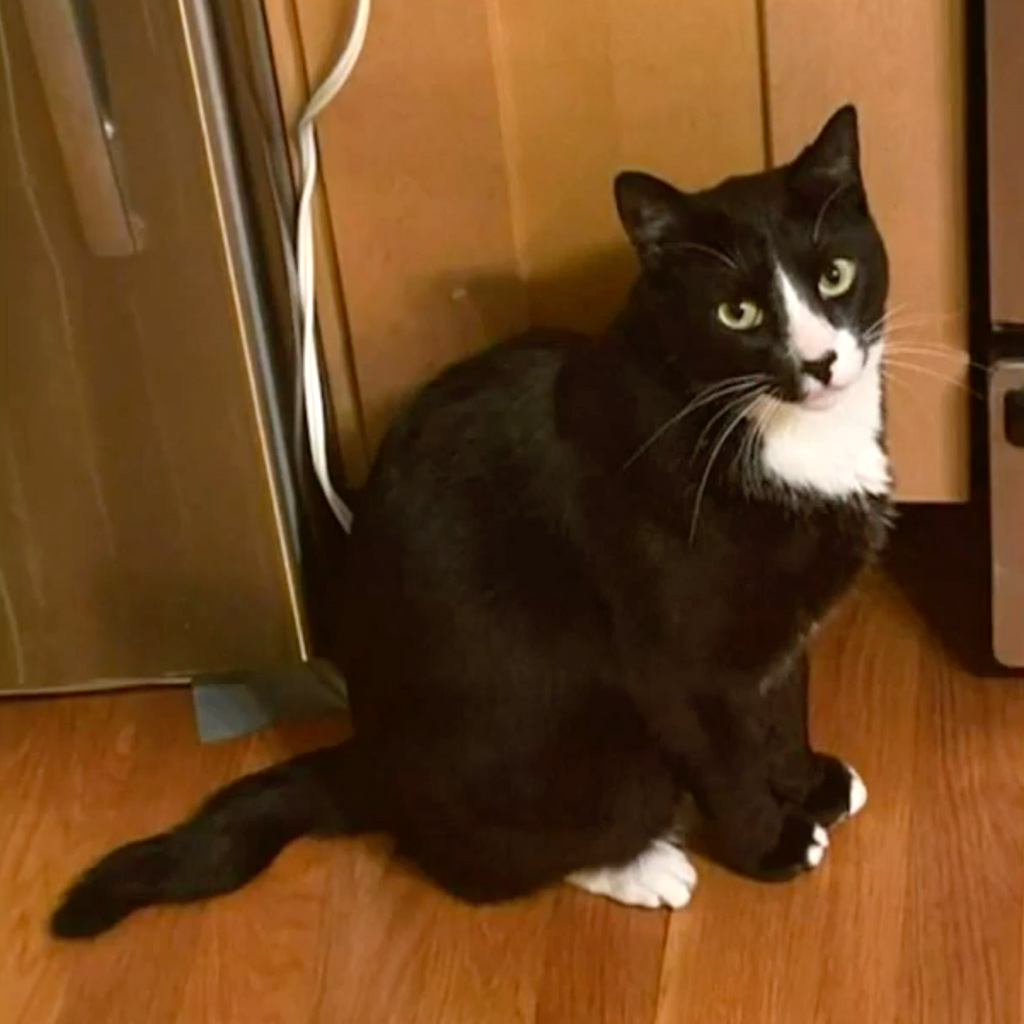 Gosha was tortured and killed last week in East Cambridge. The picture was shared with WHDH television.

The reward for helping identify the person who tortured and killed a cat last week in East Cambridge has reached nearly $8,000 as of Wednesday night, including crowdfunding contributions meant to add to money offered by animal control and law enforcement officials.

Calls about a cat crying from beneath a car came to Cambridge’s Animal Commission too late May 6 to save the young tom; when an animal control officer arrived, the cat was dead – its hind legs bound with masking tape, and shot several times by a BB gun, police said.

The cat, Gosha, had been missing two days from the home of Erika Kirichenko, according to media reports.

Post-mortem testing on Gosha confirmed that the cat had suffered chemical or thermal burns in addition to BB gunshot wounds, according to the Massachusetts Society for the Prevention of Cruelty to Animals at Angell Animal Medical Center in Jamaica Plain.

What happened to Gosha has “striking similarities” to two past cases of cat torture in the neighborhood, MSPCA-Angell said. There was an incident March 4 with “another pet cat from the same East Cambridge neighborhood, as well as a third cat named Buddy who went missing in early May and returned on May 5 suffering from some kind of burn.”

Gosha and Tortie, the cat who survived, both had BB bullet wounds. Both were also missing their collars when found. (The latter cat’s name is also given as Tammy, a tortoiseshell or “tortie” cat.)

On the same day, resident Jane Morgan created a crowdfunding campaign to add to the reward.

“I was absolutely devastated walking out of my apartment on Saturday morning to see that the missing cat poster that had only been up for a few days was now replaced by a notice from the police and MSPCA with the gruesome details of what happened,” Morgan said online. “This vile and heinous act has our entire community in utter disbelief and looking for any way at all possible to help this investigation lead to a conviction.”

Morgan said she was worried $2,500 wouldn’t be enough to incentivize someone to come forward with information, and hoped to raise at least another $1,000.

Yet within two days, contributions had surged to $5,495 from 117 donors, including Mayor Sumbul Siddiqui, city councillor Tim Toomey and state Rep. Mike Connolly. Together, the two award funds total nearly $8,000 – surging after news coverage, appearances on the Nextdoor site and promoted by Kirichenko herself. “I can’t believe it, I’m completely overwhelmed with the amount of exposure this has gotten,” Morgan said Wednesday night. “Every time I look it’s gone up.”

Morgan has been impressed as well by how the community has come together offline. “Every person in the neighborhood is on watch,” and police have been seen seeking surveillance footage, she said. “Every day someone is knocking on doors and looking for clues, seeing if there’s any way to help.”