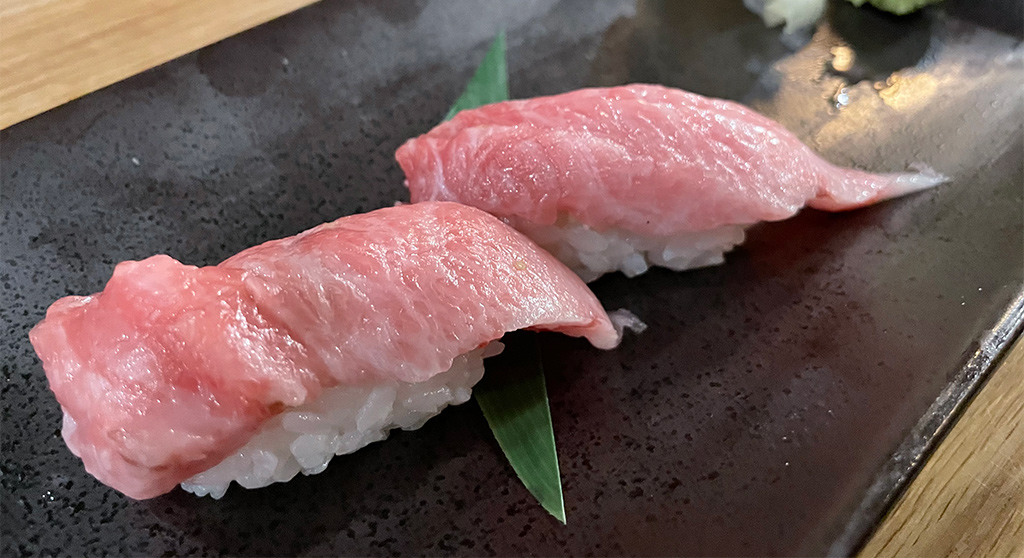 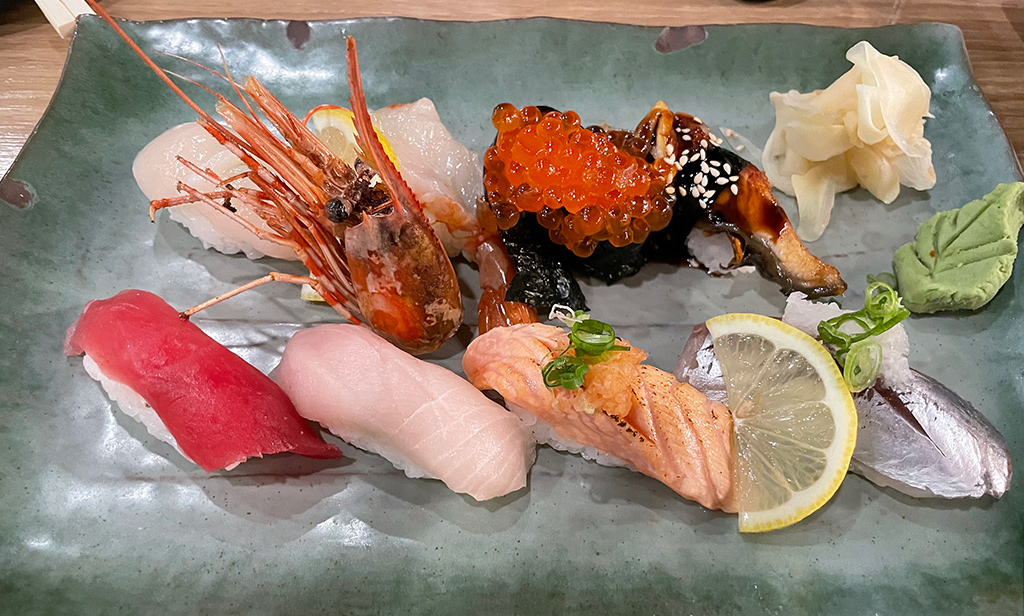 Not too long before the pandemic hit, the popular Brighton-based Japanese restaurant Izakaya Ittoku relocated across the Charles to Porter Square, taking the old Bluefin space in Lesley’s University Hall. (The space was more recently Wafu-Ya.) There was an air of excitement from diners about the vast and eclectic Japanese tapas menu, which had pulled locals across the river and was now in their own backyard – but then came Covid. Now that we’re out from under it, Ittoku and its flourishes of Japanese style and hospitality, including anime, Hello Kitty and lots of cheery, boisterous servers, can be savored as meant to be.

One of the most popular things on the menu is okonomiyaki, a typically 11-layer fried noodle pancake/omelette concoction, that as translated refers to “what you want.” What you want might be veggie, pork or seafood; there’s even a basil mayo variation. The okonomiyaki are filling and shareable, and come served on a hot griddle like fajitas at a Mexican restaurant. With options such as that, the thing that gets lost in Ittoku’s sprawling menu is the sushi, which is solid and a bargain when you consider quality and price (fitting, as Bluefin was renowned for its sushi deals, but Ittoku’s sushi is a notable step up). On my recent visit I had an eight-piece nigiri combo of sushi for $23. On the platter was tuna, yellowtail, torched salmon, torched mackerel, Botan shrimp, a scallop, roe and a classic piece of eel. It’s all fresh, perfectly prepared with just the right fish-to-rice ratio and aesthetically plated. The real treat was the Boston shrimp, its meaty torso served near raw and impressively tender, but with a crispy, fried head to nosh down too, should you be adventurous enough. It’s shrimp prepared in a way you’ve likely never had, and you’ll want to come back for it. I also got a side order of tender, succulent and flavorful fatty tuna, as well as an order of the Atsu-Age: tempura fried tofu dressed with a ginger sauce. I’m a sucker for lightly fried tofu, and Ittoku’s stands out.

About the only issue I have with Ittoku is the robustness of the menu; the things you want to try always conflict with the tried and true pleasures you’ve come back for.