‘Roadrunner: A Film About Anthony Bourdain’ provides a tasting menu of takes on the late chef 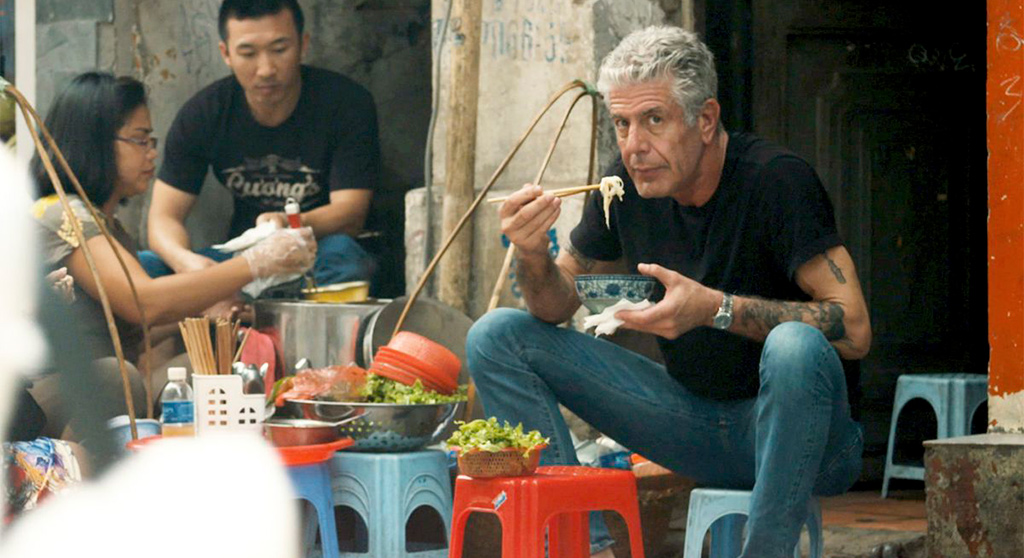 ‘Roadrunner: A Film About Anthony Bourdain’ provides a tasting menu of takes on the late chef

It’s uncanny how alive Anthony Bourdain appears in Morgan Neville’s documentary about the celebrity chef, raconteur and intrepid traveler, “Roadrunner: A Film About Anthony Bourdain.” Not because it’s good to see his familiar, avuncular mug grabbing at life with zest and glee, but because of his self-reflective inner probing that feels as if he’s chiming in on his own life and death in the present – something that’s impossible, as Bourdain committed suicide in 2018. Still, his input is eerily prescient.

Neville steers carefully around much of that headline-grabbing act and in doing so raises more questions than answers, which is certain to leave those seeking closure unsatisfied.

With credits including “Won’t You Be My Neighbor?” (2018) and the Oscar-winning “20 Feet from Stardom” (2013), Neville does a yeoman’s job of getting us the fast what-to-knows: Bourdain was a heroin addict who early on labored in P-town seafood shacks and rose to fame at the age of 43 with “Kitchen Confidential” (published in 2000), an insider’s tell-all about sex, drugs and egos in the go-go New York City restaurant biz. He struck TV fame with “A Cook’s Tour,” “No Reservations” and finally “Parts Unknown,” culinary travelogues with the ever-curious Bourdain digging into the culture and politics of destinations close and far away. What many might not know is that Bourdain hardly traveled at all until doing those shows and later became agoraphobic.

Neville employs a tight fist in curating who chimes in with reflections. Those giving us glimmers include Bourdain’s TV producers, fellow celebrity chefs Éric Ripert, who was with Bourdain in Strasbourg when he died, and a very emotional David Chang. Also in the mix of close friends are artist David Choe and musicians John Lurie and Josh Homme, of Queens of the Stone Age. Then there’s Bourdain’s past relationships. His second wife, Ottavia Busia Bourdain, gets plenty of screen time but offers little to deepen our understanding. Strangely absent is Bourdain’s first wife, Nancy Putkoski, to whom Bourdain was married for 20 years. Asia Argento, Bourdain’s paramour during his final years, appears only in archival footage. As Neville and several talking heads paint it, the Italian actress and filmmaker was a force of chaos on the set of “Parts Unknown” when Bourdain brought in her and renowned cinematographer Christopher Boyle to shoot a few episodes. The film also sets up Argento as the catalyst for his suicide – the Courtney to his Kurt, if you will. While many chime in that Anthony killed Anthony, others say Bourdain was addicted to Argento, and there’s a front page tabloid splash right before his final act revealing Argento holding hands with another man. All of the above is told in a mere whisper, and you wish Argento were given the lens to share her side of the story.

Also missing from the film is Bourdain’s sense of epicurean love and wonderment. The film is slickly crafted and propelled by music, namely the title track by Boston-based Jonathan Richman and the Modern Lovers and some cool ditties by Lurie and Homme. It’s a celebration of life that leaves many parts of its enigmatic subject unknown.