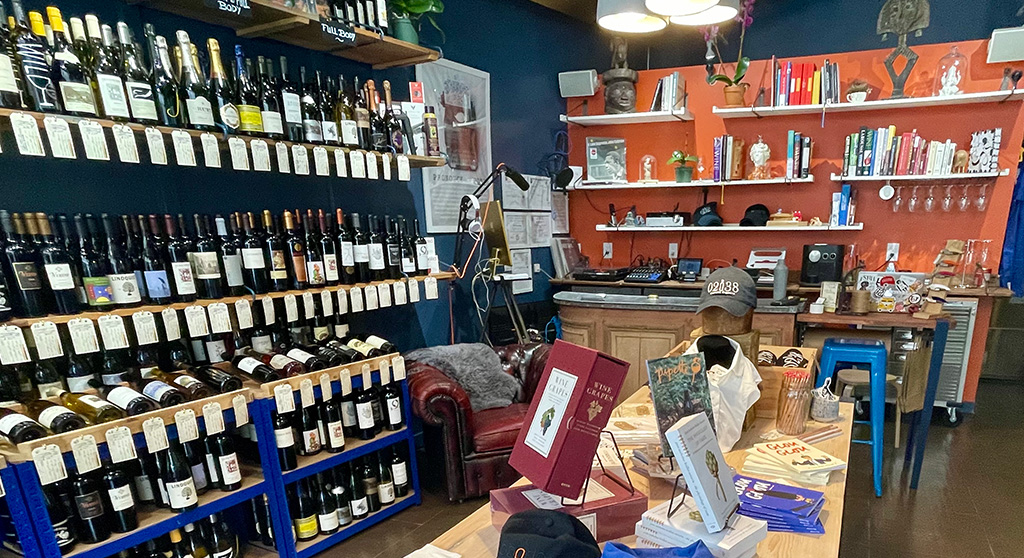 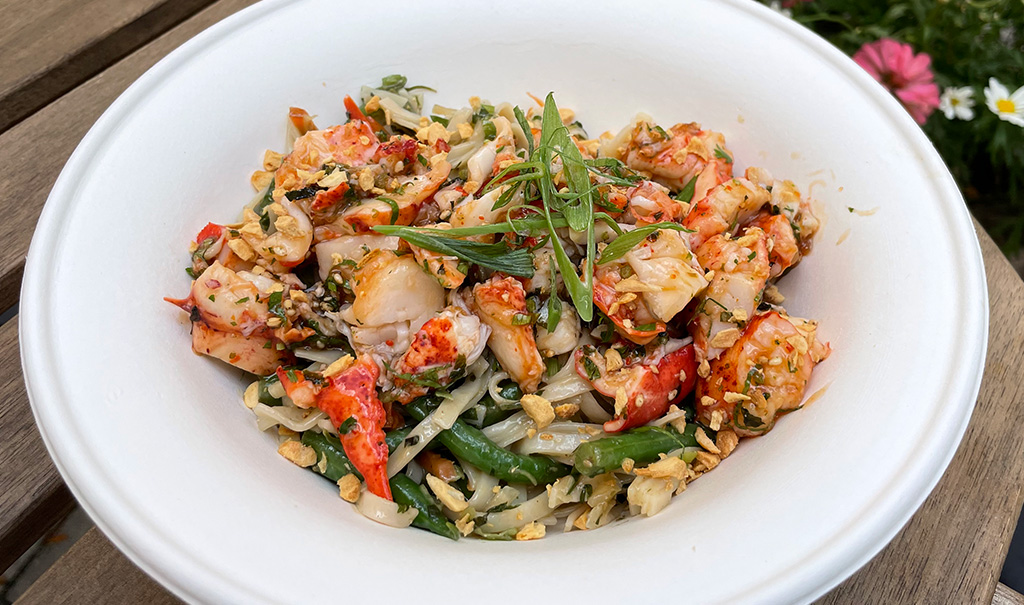 The dreaded dog days are gone, Labor Day has passed and the days are getting shorter, but there’s still that end-of-summer vibe in the air, which, with the cooler temps, is an opportune time to get in some final seasonal feasting. To me, that’s outdoor dining and grilling. For the former, I was happy to learn that in addition to its locally sourced selection of fish, fish pâtés and shellfish, Hooked Fish Shop at Bow Market in Somerville is serving lobster rolls and lobster salad with a twist: The tender chunks of meat atop thin, Asian rice noodles with a zing of spicy hotness. There’s a crunchiness to it all too from the pan-fried garlic, crushed sesame seeds and fresh peppers and other veggies in the mix. It ain’t cheap, but it is something else, and it’s great for a fast, on-the-go lunch or a linger with a bottle of vino from the Rebel Rebel wine bar across the way.

As far as grilling goes, I just discovered the frozen, plant-based meatless burgers at Whole Foods. They’re part of the stores’ 365 food line and, at less than $4 for a pack of four, about one-quarter the cost of Beyond or Impossible burgers. They’re also just 80 calories, versus three times that in those other brands. They cook up super fast and are best with a slice of good old American cheese, yellow and spicy brown mustard and pickles. Sometimes I make it a double stacker. 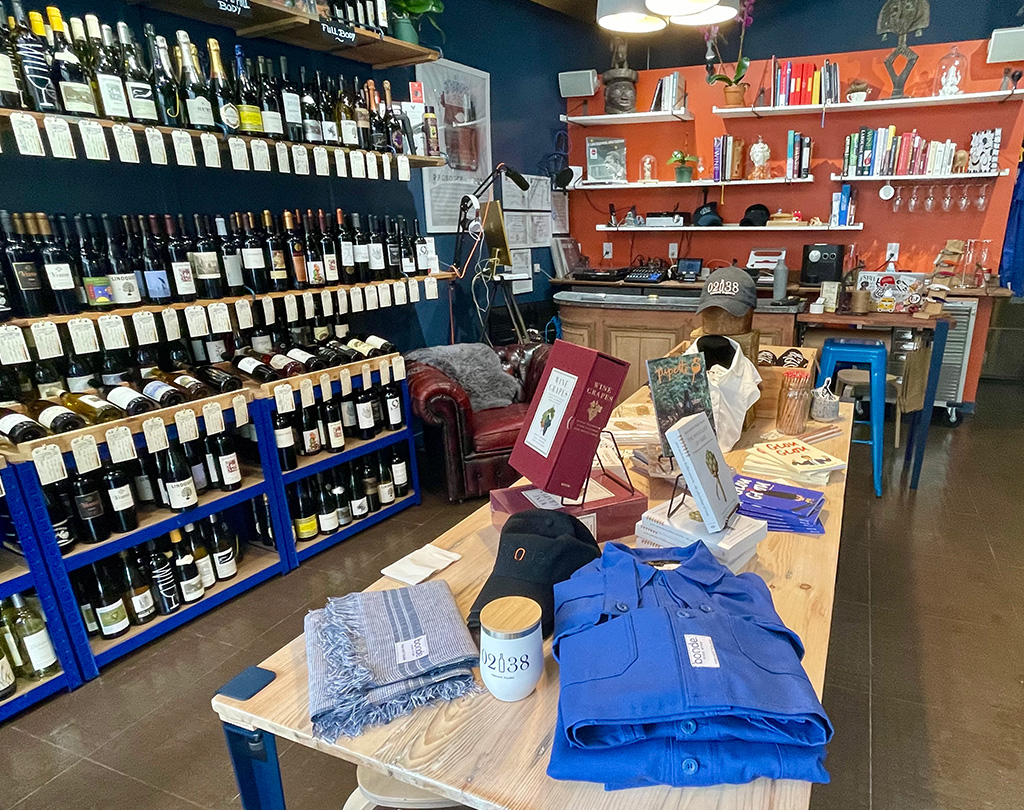 You can’t be grilling without a cool, thirst-quenching summertime drink. Something light yet flavorful to me means rosé – I like mine crisp and not sweet, but pulling from the $10 bins at a liquor mart can be a crapshoot, which is why I was happy to stumble upon Bonde in Harvard Square, a new fine-wine store on Church Street very much in the vein of Rebel Rebel. It’s perfect for the informed as well as those who know what they like by taste but don’t have a “Sideways”-esque knowledge of vines, vintners or vintage. The store is run by sommelier Bertil Jean-Chronberg, formerly of The Beehive in the South End and Beat Hotel (now Beat Brew Hall) around the corner in Harvard Square.

When you go in, you kinda get surveyed as to what you want in purpose, taste and price range by a helpful worker who presents you with suitable options and will tell you everything you want to know about the grapes, the maker, the region and the process, or let you grab and go depending on your mood. Upon my last visit I was grilling fish and wanted that crisp, light rose; I took home three bottles and all were winners, though the standout was Kivelstadt Cellars’ Twice Removed Rosé, a solid deal for a fine wine at about $20 a bottle.

Bertil and his staff now operate under limited hours but hope to expand to have evening wine tastings and more – including a podcast, blog and newsletter. The shop itself, quite cozy and quaint, is something of a wine aficionado’s haunt. The name comes from the hole in a wine barrel and the removable plug, or bonde, that the the winemakers can remove to add to the cask or check on aging. The store has a giant cask right in its window, and you can buy glass bondes and high-end collectible wine openers as gifts.

Now about those Boston boys of summer – are the Red Sox going to be playing into a fall classic, or are we going to be left brokenhearted with only a nice rosé to ease the pain?