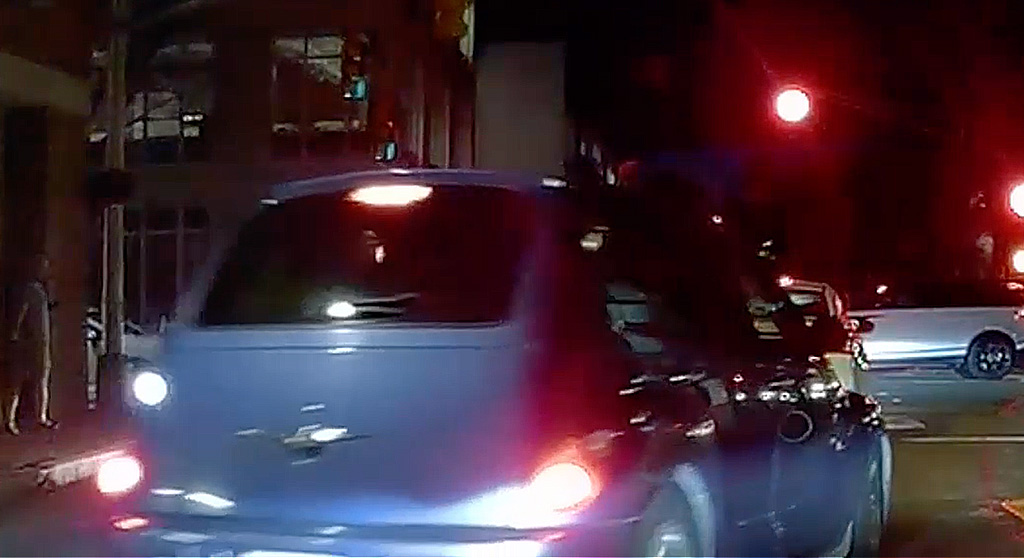 Police released video Monday that shows the stabber in a Saturday road rage incident in East Cambridge and the car he fled in, hoping people will see the video and come forward with helpful information.

The nonfatal stabbing took place at approximately 7:30 p.m. Saturday by the Best Buy on CambridgeSide Place, outside the CambridgeSide mall. Officers arrived to find a man stabbed in the stomach but the stabber gone, reportedly having left in a vehicle with another man.

The police video shows the stabber walking up to the victim’s vehicle, then cuts to two views of a blue Chrysler PT Cruiser with a sunroof driving away after the stabbing. The license plate can’t be read in the video.

The suspect is described as a thin, bearded black man in his 20s. He appears to have several tattoos on his left arm and possibly neck area, said Jeremy Warnick, director of communications and media relations for the Cambridge Police Department.

People with information about the stabbing, the car or a suspect are asked to call Cambridge police at (617) 349-3300. Anonymous reports can be left on the department’s MyPD mobile app or sent by text message to 847411. (Begin texts with TIP650, then type the message.)