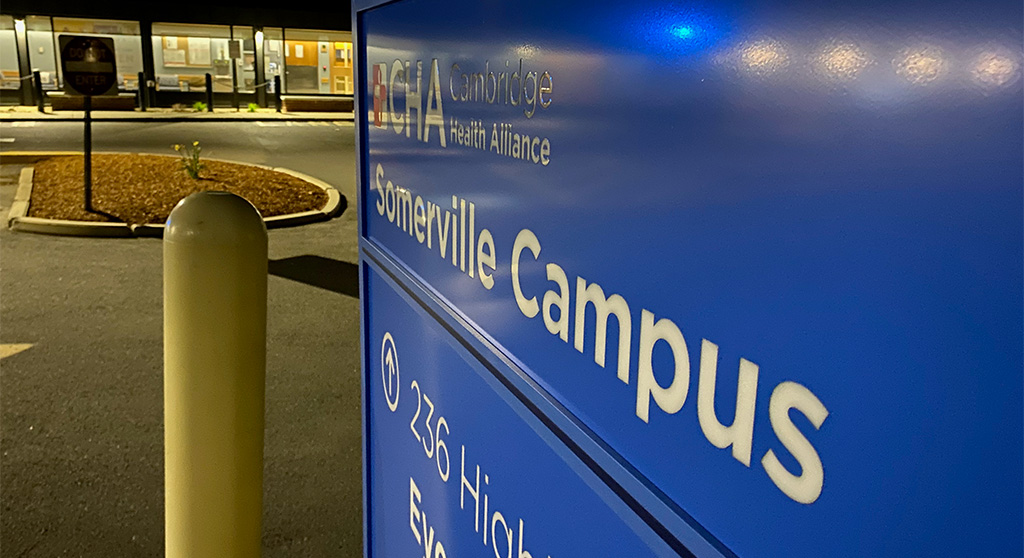 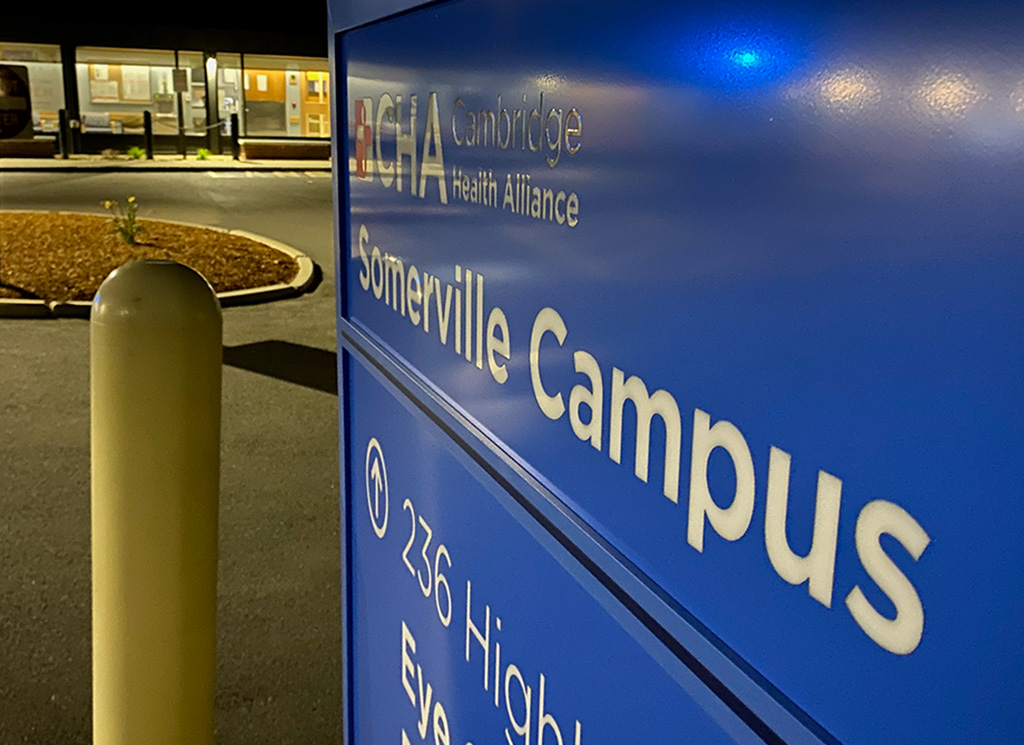 The CHA Somerville Campus has been part of an ambitious expansion of mental health services. (Photo: Marc Levy)

Teenage psychiatric patients in a recently opened unit at the Cambridge Health Alliance Somerville campus – part of an ambitious expansion of mental health services at the health care system – had to move back to their original space at Cambridge Hospital this week when a major water main break shut down the entire Somerville building.

The inpatient psychiatric service for adolescents from 13 to 20 years old is now operating at full capacity in the smaller space with 14 patients, CHA spokesman David Cecere said Friday. The new facility at the Somerville campus was designed to serve 21 patients.

Aside from the young psychiatric patients, the building housed services for patients who were not hospitalized, including a primary care clinic, an urgent care center, an eye center and specialists. The water leak disabled electric, elevator and alarm services and CHA was forced to shut down the building.

An email to all patients said the shutdown would last for “several days” and advised patients with appointments at the facility to call their doctors. It said the health care system was trying to “accommodate everyone at other CHA locations in the interim.”

Damage appeared to be severe, with chief executive Assaad Sayah recounting informally before a CHA trustees meeting that evening that a small backhoe had been brought inside the building to dig through the floor to the basement to find the leak.

The psychiatric unit for adolescents was the first to open in the expansion announced last December. CHA plans to add 64 beds over two years, including 42 for children and adolescents, officials said. Another 22 will be added for adults.

The plans called for the Alliance to move its psychiatric services for children and adolescents from Cambridge to Somerville, with the new beds. The freed-up space at Cambridge Hospital would be used for the new adult units. State officials praised CHA for adding beds amid a shortage of mental health services, particularly for children and teens.