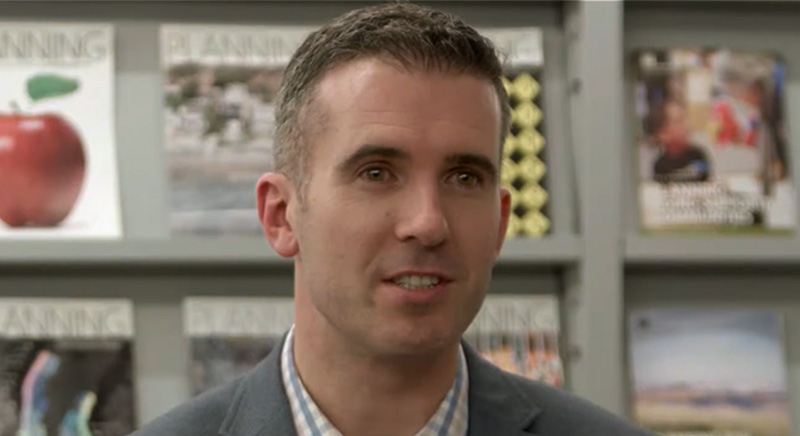 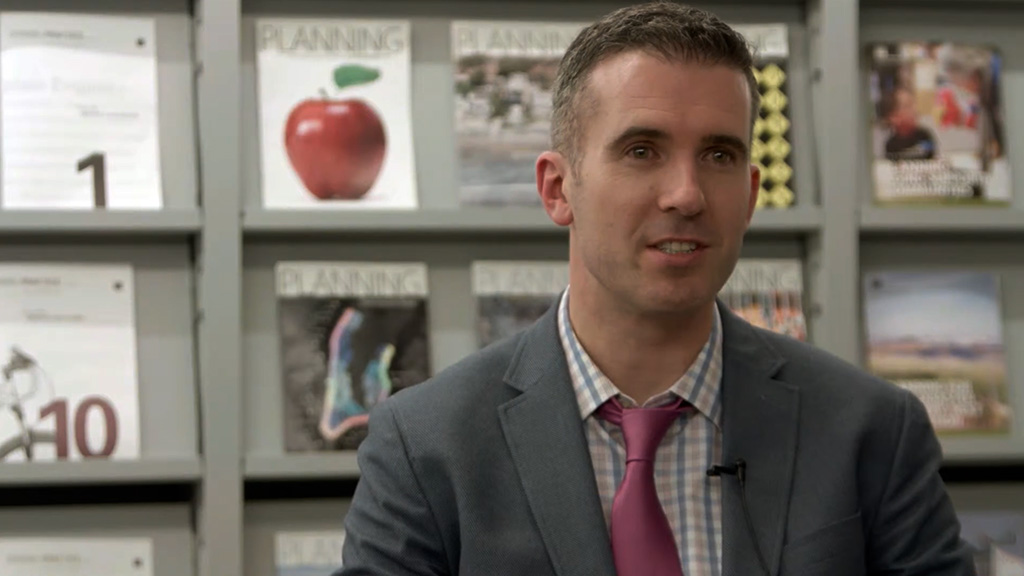 State funds will help communities pick up virus contract-tracing work, said Barry Keppard, of the Metropolitan Area Planning Council. He is seen in a screen capture from an American Planning Association video from 2016.

The state is ending a highly praised program that helped Cambridge and other communities track residents who test positive for Covid-19 and their contacts, reducing transmission of the virus. The Community Tracing Collaborative will shut down Dec. 31 and stop accepting cases on Nov. 30.

Contact tracers from the collaborative have handled most new Cambridge cases since January, while Cambridge public health nurses took “more complex cases” including people who were hospitalized, a Cambridge Public Health Department spokesperson said in September. The state program ends as some experts predict that colder temperatures will keep people indoors and result in higher case numbers. In Cambridge, the number of new cases dipped after early September, but has begun to rise in the last week.

Without the state help, Cambridge will take over all cases, spokesperson Dawn Baxter said Monday. Later in the fall, the health department will hire a contact tracing and case investigation staff for Cambridge and  three other communities – Chelsea, Revere and Winthrop – in a regional program funded by a state grant. In addition, Cambridge is getting “technical assistance” from the Metropolitan Area Planning Council, she said.

The grant will also pay for Revere to hire “care resources coordinators” to serve all four communities, said Barry Keppard, director of the Metropolitan Area Planning Council public health department. These staff members find food, housing and other resources for people who must quarantine because they test positive or were exposed to someone infected. The Community Tracing Collaborative also provided that kind of help.

Keppard said the council is helping to transfer the Community Tracing Collaborative’s experience and expertise to local health departments by facilitating “conversations” between CTC staff and local agencies, as well as making training materials available.

Spokespersons for the state Department of Public Health were asked Wednesday why the state is ending the Community Tracing Collaborative. A spokesperson said the collaborative would answer, but no response arrived as of Tuesday, nearly week later. After this story was published, the collaborative provided a statement saying the state had given $15 million from state and federal sources to local boards of health “to build local capacity for case investigations and contact tracing” and the state Department of Public Health “is preparing” to provide another $4 million.

According to the latest figures reported by the state Department of Public Health on Tuesday, the collaborative and local public health agencies have completed outreach to 451,371 people who tested positive out of 699,549 cases since the pandemic began, or 65 percent. Case investigators lost contact with or did not reach a total of 188,840 people. The total reached includes those who have completed quarantine, those being monitored and people who died of Covid.

Out of 422,996 contacts of people who tested positive, tracers completed work with 254,174 cases, including 144 people who died, the report says. As of Tuesday the collaborative employed 576 people doing contact tracing, monitoring and case investigation.

Cambridge reported Tuesday that 2,642 cases among city residents, or 34.2 percent of the total, have been lost to follow-up or never reached. That percentage has been rising; on Sept. 28 it was 31.8 percent.

The state was hailed as an innovator in large-scale contact tracing when it established the collaborative in April 2020. It contracted with Partners in Health, the Massachusetts nonprofit organized to bring health care to impoverished areas around the world.

Keppard said the state had decided to change course and beef up support to local health departments  to do their own contact tracing instead of providing a state solution. The state also wanted to promote a regional approach, in line with recommendations of the Special Commission on Local and Regional Public Health in June 2019, before the pandemic, he said.

Massachusetts, where each city and town has its own public health board or department, has more local public health jurisdictions than any other state and many local departments don’t have the resources to carry out public health responsibilities, the commission found. It advocated regional combinations of community health departments, among other recommendations.

The variable state approaches to contact tracing in the pandemic were reminiscent of changes in state policy on Covid-19 vaccinations. Local health departments prepared detailed plans for administering shots to their residents, only to have the state cut off access to vaccine. Instead, Gov. Charlie Baker’s administration established mass vaccination sites. As demand for Covid-19 shots diminished this summer, the state closed the mass vaccination sites and is providing vaccine to local departments as well as regional combinations of local agencies. Cambridge this month ran combination flu and Covid vaccination clinics. In May the state approved a regional vaccination program anchored by the Cambridge Health Alliance and including communities north and west of the city.

Demand for vaccine has shrunk but the Alliance still offers Covid-19 shots, including boosters, at its pharmacies in Cambridge and Malden, at a vaccination center at 176 Somerville Ave., Somerville, and other locations in neighboring communities.