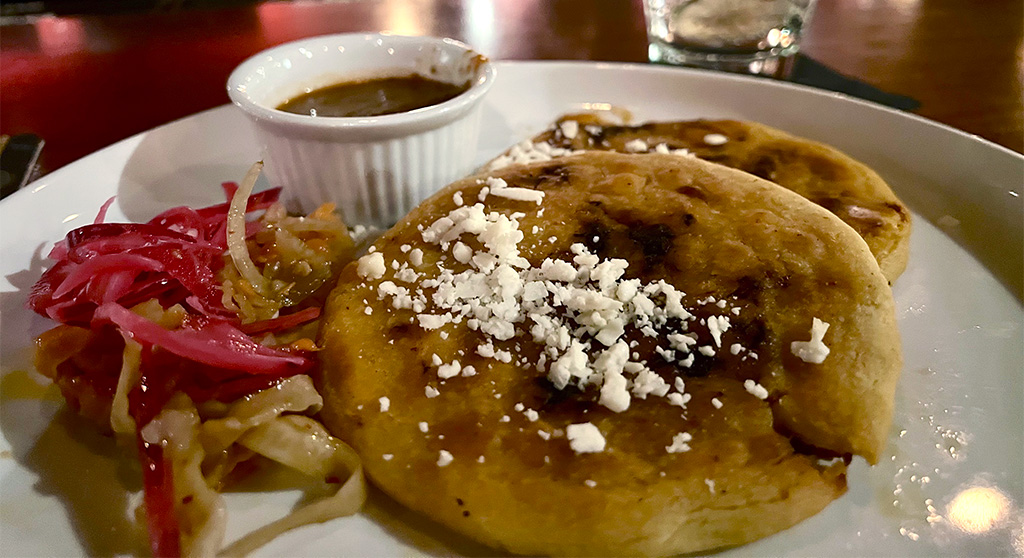 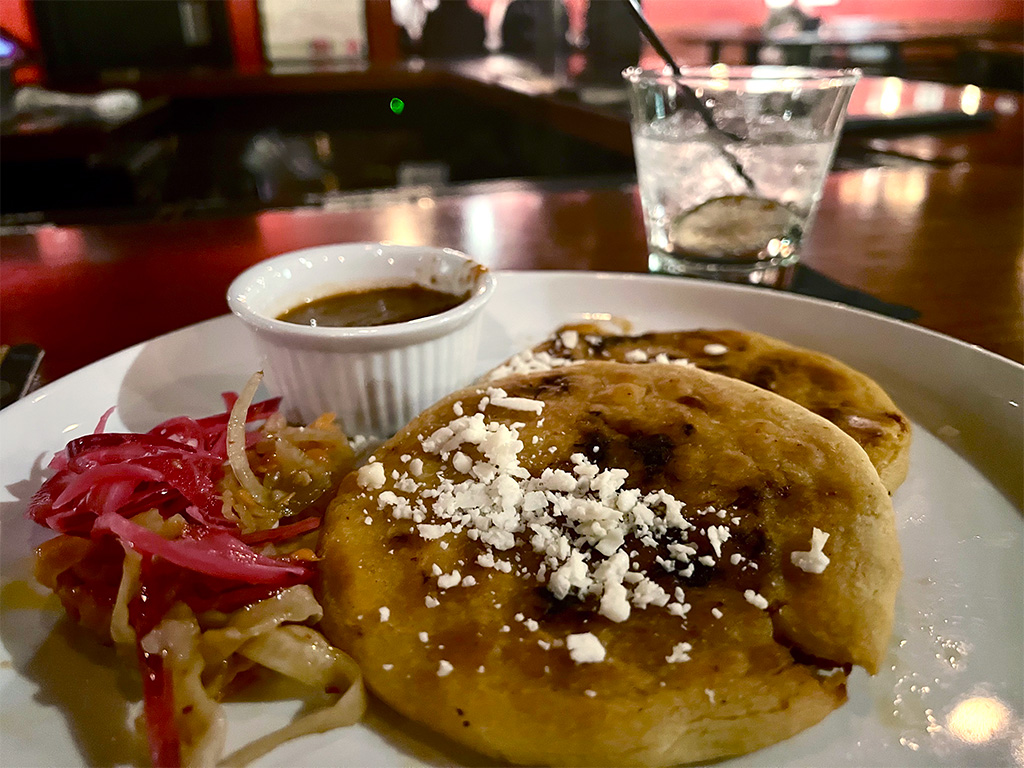 A pupusa platter at Lord Hobo in The Port. (Photo: Tom Meek)

For decades the Windsor Tap was a classic, old-school bar midway down the neck of Hampshire Street between Inman and Kendall squares. In the mid-1990s, as Kendall Square started to become a tech and life-sciences hub, the Tap closed and became the B-Side Lounge, a retro-hipster gastropub with a massive on-tap lineup of the best local breweries had to offer, speakeasy drinks and really good, gourmet bar food. It became a service industry go-to, the way Chez Henri was and Trina’s Starlite Lounge is now. As popular as the B-Side was, it had a series of financial miscues and closed.

I miss the Tap and B-Side, but the Lord Hobo Taproom & Restaurant is a worthy replacement, maintaining the cozy gin joint vibe of the B-Side. It’s got a neighborhood feel, and you can imagine it as a place to watch sports, sip an ale and read the latest tome, maybe amid a life-sciences afterwork gathering. As you can imagine, it’s got a full battery of its own beer on tap (brewing out of Woburn under founder Daniel Lanigan, and now one of the largest macro breweries in the area). Hobo’s primarily known for its IPAs – namely Boom Sauce, its double IPA – but there’s always a bunch of curios to be had (stouts and ales brewed with peanut butter, coffee and coconut flavorings) as well a handcrafted cocktail list that’s reminiscent of the vast B-Side mixology menu. And if you’re curious about the Mango Tango IPA, Aloha Coconut Milkshake New England stout or Strawberry Lemonade Sour, friendly staff are more than ready to pour a taste to help your selection.

The thing that surprises most at Lord Hobo is the food, a small yet eclectic listing of items familiar and not-so. There are fried chicken tenders with Buffalo or a Caribbean sauce, nachos, arancini risotto balls (fried ham and fontina gooey goodness) and beef sliders, but some of the more fun, globally infused tastes are the Puerto Rican chicharrones de pollo (crispy morsels of fried chicken marinated with Latin spices) and my new discovery, the El Salvadorian pupusa – small griddled cakes of cornmeal stuffed with shredded pork, beans and cheese and other varieties available by the day, listed on the specials chalkboard above the kitchen window. These are super satisfying comfort food. 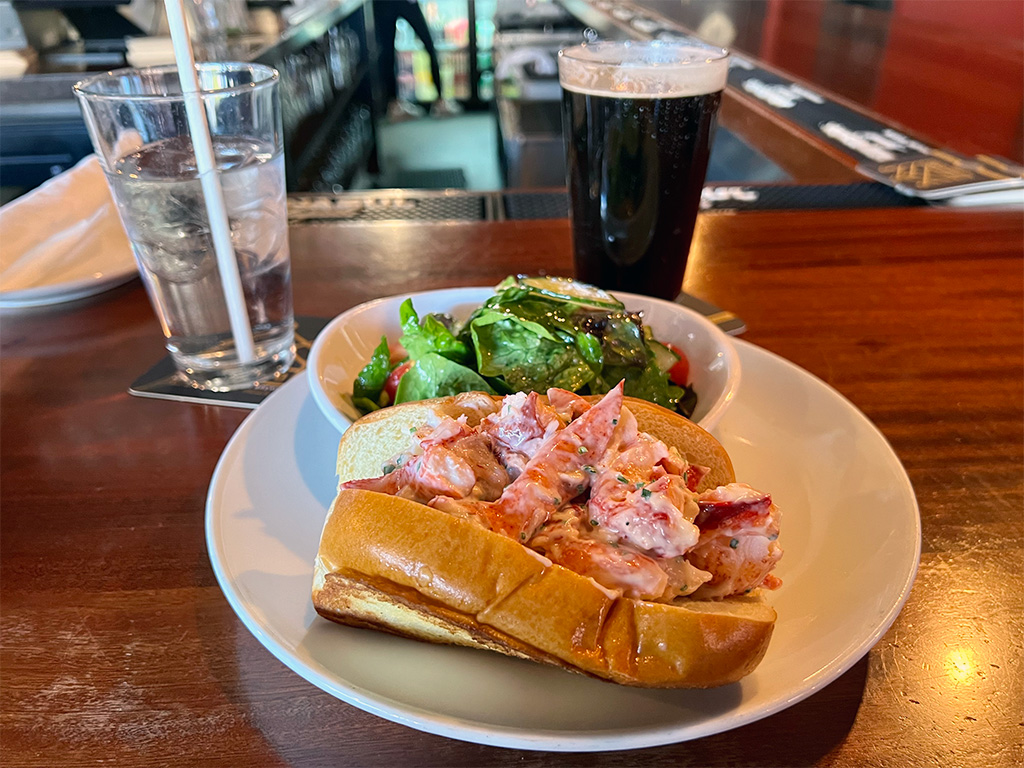 The other thing on the menu that really sticks out, because it feels like an outlier, is the lobster roll, heaped high and served on a golden brioche bun with a citrus aioli. It’s not cheap (price varies with the market), but the serving is generous and the twist on traditional mayo adds a pleasant bit of zest and bite.

Hobo is something of a brewpub olio, with something old and something new. You’ll come in for the beer but end up staying for the food.