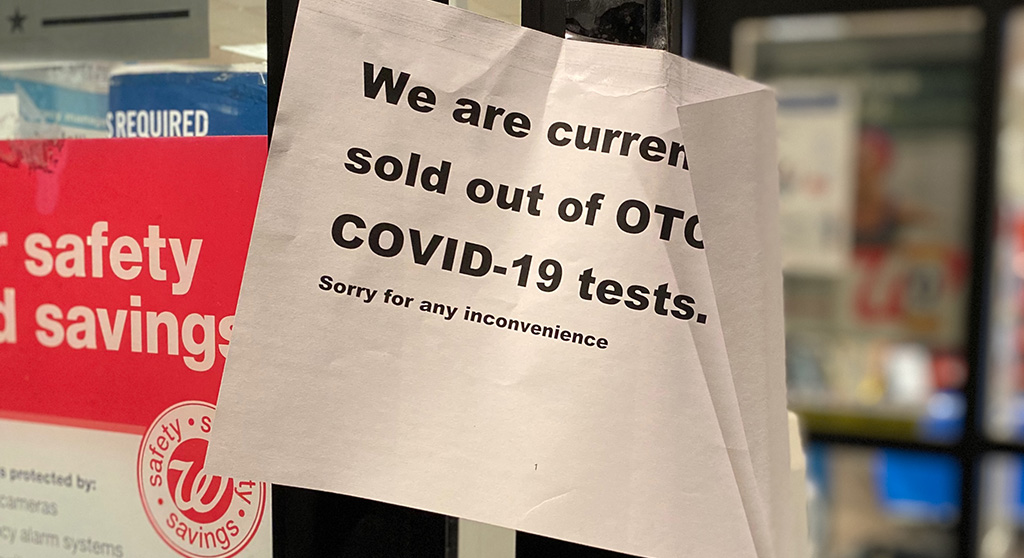 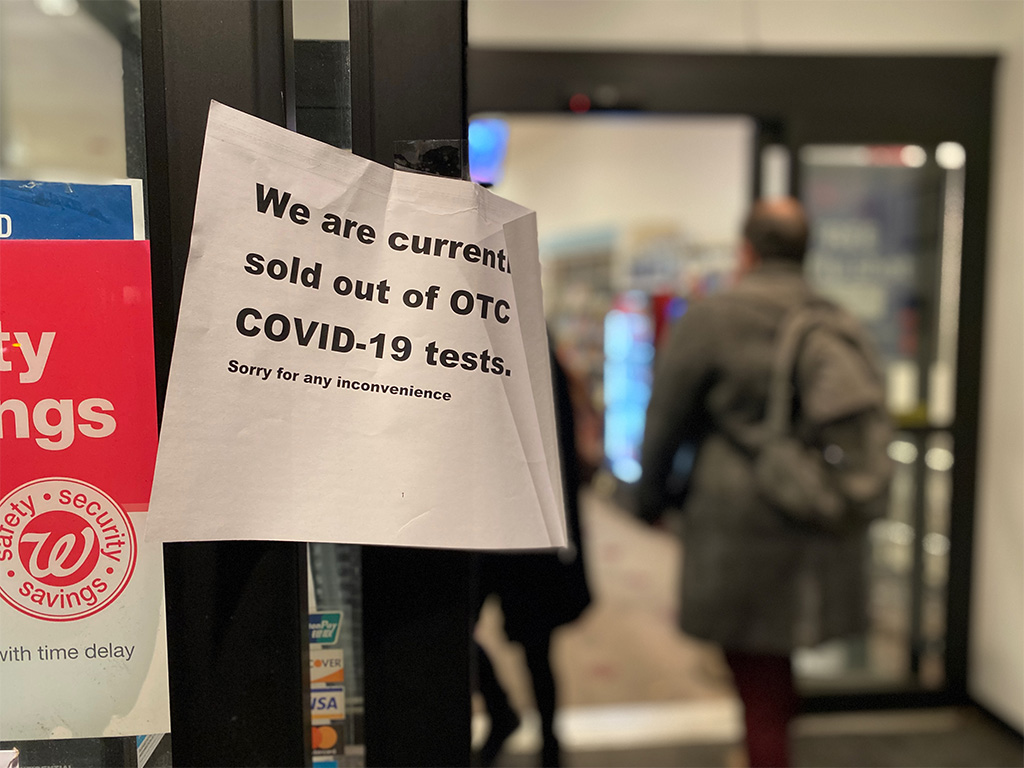 A sign with a common message is taped to the front of a Cambridge Walgreens last week. (Photo: Marc Levy)

Against a backdrop of what Cambridge’s chief public health officer called “uncontrolled transmission” of Covid-19, City Manager Louis A. DePasquale said Monday that the city won’t require restaurants, fitness centers and other indoor public spaces to mandate Covid-19 vaccination for their customers and workers as Boston and neighboring communities have done.

“Cambridge is different than New York and Boston that are enacting vaccine mandates,” DePasquale told city councillors. “Throughout the pandemic, we are prioritizing education and outreach over punitive enforcement.”

That was what some restaurateurs wanted to hear, telling councillors Monday that a mandate would force them to fire workers and close their businesses. “More and more employees are leaving for stay-at-home laptop jobs. Some of my best employees are unvaccinated, and I cannot afford to fire them,” said Alexandra Whisnant, of the “cellphone free” Zuzu’s Petals wine and dessert bar in Inman Square. “I don’t think working at a restaurant is so important to their lives they would change their health decisions based on the possibility of losing the job.”

The city is scrambling in other ways to deal with the huge increase in Covid-19 cases since the highly contagious omicron variant became dominant late last month. It ordered 50,000 rapid antigen tests and 75,000 high-quality masks to distribute to residents – and is waiting for them to arrive. It has told certain employees who can work from home to do so until the end of February, as long as in-person attendance reaches at least 50 percent, DePasquale said.

Cambridge has also increased hours for its free Covid-19 testing program, one of the most generous in the state. Councillors, though, want the city to do more, especially as residents wait hours in the cold for a PCR test. This resulted in a familiar tug of war between councillors suggesting new directions for testing and city officials throwing cold water on their ideas.

Councillor E. Denise Simmons proposed priority treatment for seniors at testing sites, and councillors approved an order supporting it. Instead, chief public health officer Derrick Neal said the city would distribute rapid tests to “marginalized populations in Cambridge” when the tests arrive. DePasquale did respond to Simmons’ request more directly, saying the city was considering setting aside a separate testing location for seniors, though it would be by appointment only. That disappointed Simmons, who said older residents had trouble dealing with an online appointment system. 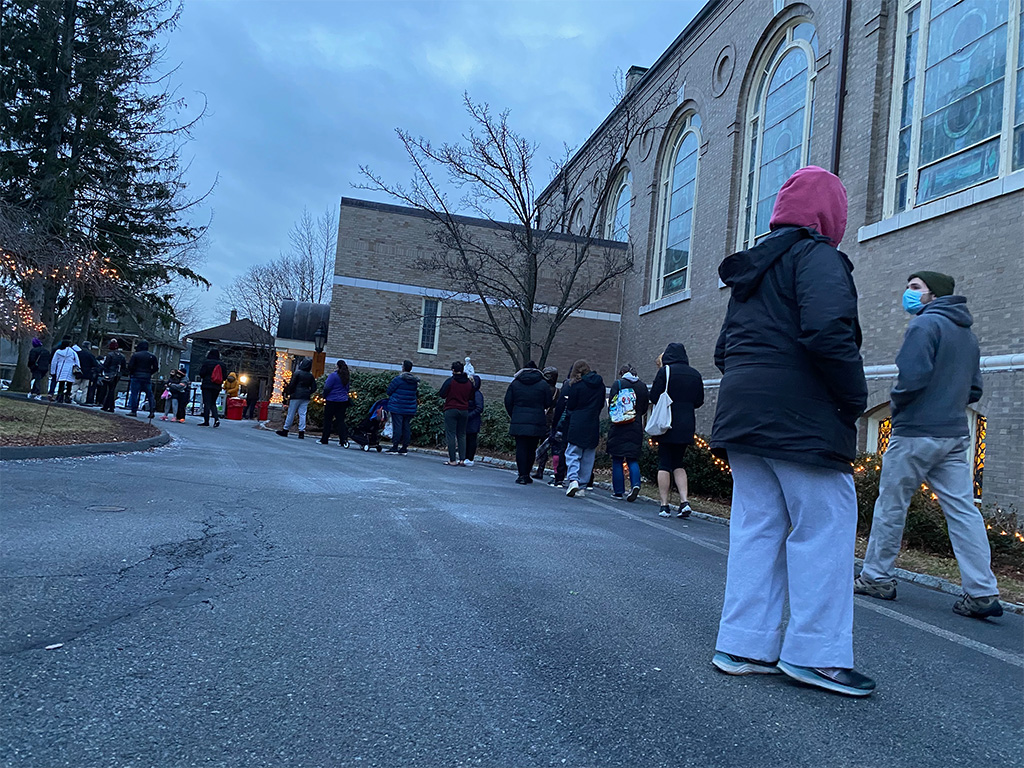 Some lines for Covid testing have kept residents waiting for hours in the cold. This line was in North Cambridge on Dec. 29. (Photo: Marc Levy)

No one responded to McGovern’s suggestion that fire department and ProEMS emergency medical technicians don’t have to staff testing sites where people register and swab themselves. “If you offered $20 an hour to the general public to hire people to do the testing, it doesn’t require a specialty. We’d be able to open more sites and more places and reduce the wait for people to get tested,” McGovern said.

An exasperated McGovern said he knew “from personal experience” that people were waiting more than two hours in the cold to get tested. “In the cold, with kids. It is really not – we may be better than other communities, it doesn’t mean that it’s great here either. It means they may be worse off than us,” he said.

“I have yet to see, despite weeks of asking, a plan to be more creative and offering more testing to get the lines down to something more manageable so people don’t wait for hours. I will put it out there again,” McGovern said, adding that he might introduce an order asking for it.

At the end of the meeting, he did, and councillors unanimously approved it.

Officials didn’t shoot down every suggestion. The city may emulate Harvard University’s program allowing students and others on campus to pick up a PCR testing kit, swab themselves at home and return the kit for analysis, something vice mayor Alanna Mallon had suggested.

Health department chief epidemiologist Anna Kaplan said the department wants to talk with Harvard’s test vendor. She added that the University of Massachusetts, Amherst, has a similar program and also provides the service to community residents.

“Harvard or MIT can potentially provide an expanded service for Cambridge residents?” Mallon asked. “I’m not sure – I haven’t spoken to the universities about this,” Kaplan said. “Just as an example of how the process works in other cities.”

“Cambridge is experiencing widespread transmission in child care programs, schools, workplaces, hospital workers, homeless shelters and long-term care facilities because this is a more communicable level of virus with regard to Covid-19,” Neal said.

“Hospitals in Cambridge and throughout the region are under strain right now. And in addition to the rise in number of Covid-19 patients, there have been admissions of critically ill patients on top of existing staffing shortages, which I mentioned earlier, as well as the health care workers out sick with Covid,” he continued.

Two library branches have closed because of staff shortages, with one, Central Square, out of service for a week and due to reopen Wednesday. The public health department was also affected by lack of staff, Neal said. “We had that issue within the … department, which impacted our ability to deliver services,” he said.

Still, the city is just now trying to find out how many city workers are vaccinated, even as DePasquale has refused to impose a vaccination requirement for employees.The health department is preparing a survey to be sent to workers, probably by Friday, Gianetti said.