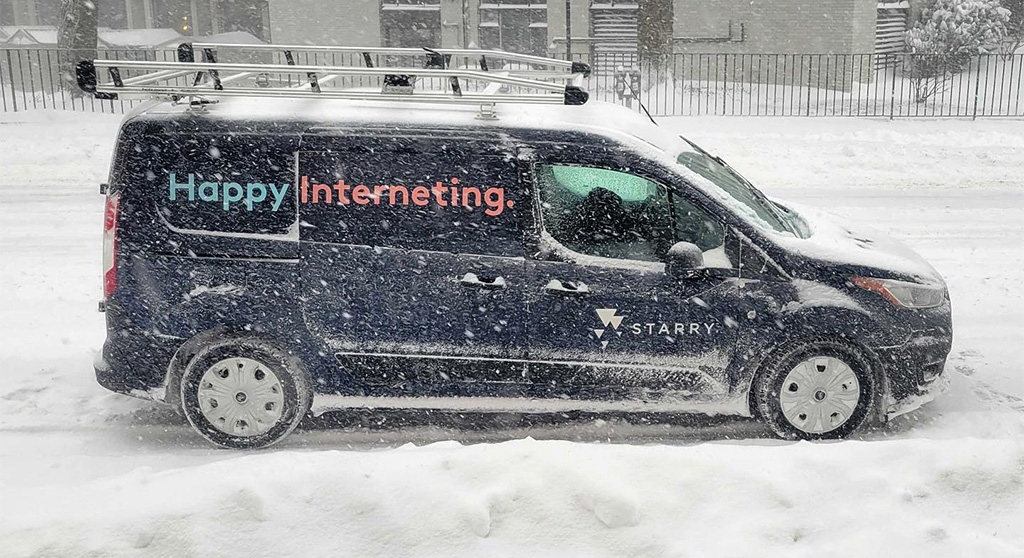 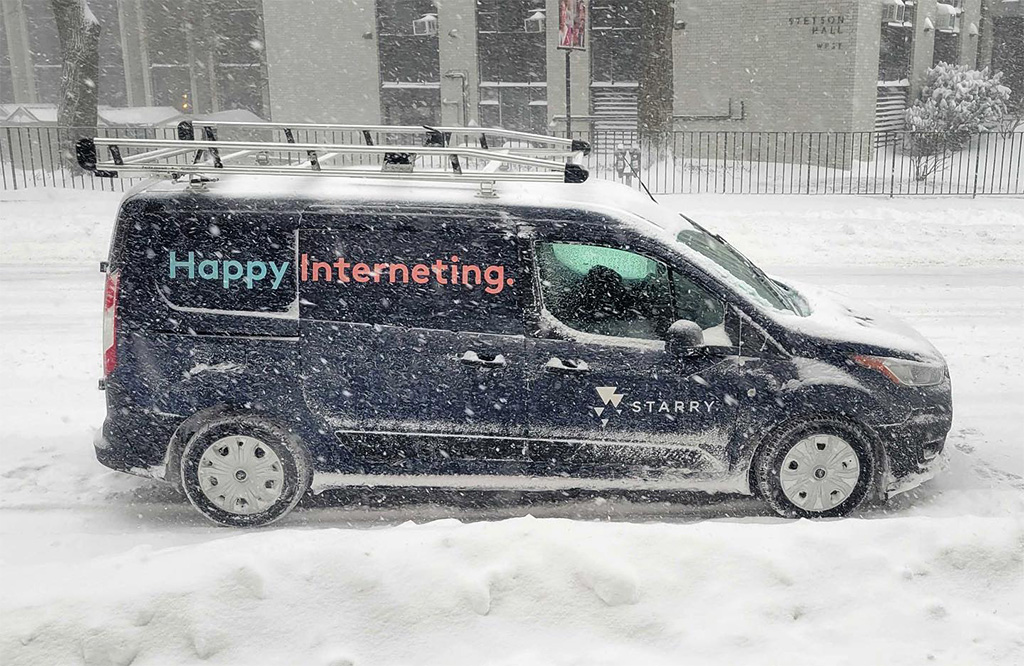 A Starry service truck near Northeastern University in Boston on Saturday. (Photo: Starry via Facebook)

The wireless Internet provider Starry will provide low-cost broadband to more than 2,630 affordable homes citywide in partnership with the Cambridge Housing Authority, the company said Thursday.

CHA residents will be able to sign up for a high-speed, uncapped home broadband service called Starry Connect for $15 a month with no long-term contracts, credit checks or fees for equipment or installation, the company said, noting that the city’s recent digital equity study found that the cost of home broadband access – often bundled with other services – can otherwise rise to more than $250 a month.

A March survey of CHA residents for the study found that 46 percent of respondents reported not having a home Internet connection.

Michael Johnston, executive director of the authority, said the partnership with Starry would be “a game-changer for those we serve.”

This is Starry’s eighth such partnership, the company said. The Cambridge homes are now among more than 55,000 units of public and affordable housing that Starry Connect covers in Boston, New York City, Washington, D.C., northern Virginia, Columbus Los Angeles and Denver.

“No family should have to choose between putting food on the table or having the broadband they need,” said Virginia Lam Abrams, an executive with Starry. The company said a federal government Affordable Connectivity Program can provide a subsidy of up to $30 a month toward broadband access for eligible household, which could cover the cost of broadband service for the household as long as the program remains in effect. 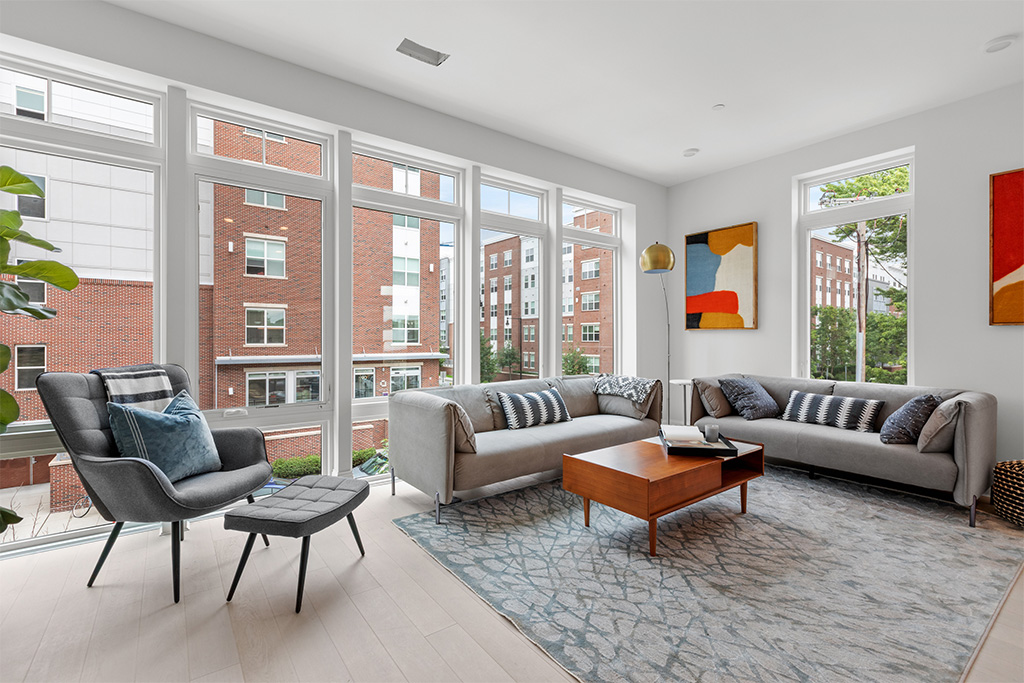 A living room in an apartment at The Brook, which opened Jan. 1 in the Cambridge Highlands near Alewife. (Photo: Senné)

A high-end apartment building called The Brook threw open its doors Jan. 1 at 95 Fawcett St. in the Cambridge Highlands, Boston real estate firm Senné announced Wednesday. The project was completed with developer KEMS and The Grossman Cos. Some units are still available for leasing in 16 floor plans starting at $2,500 monthly for a 640-square-foot one-bedroom, the company said. (Two-bedrooms are $3,900 to $4,200 monthly for between 991 and 1,266 square feet; three-bedrooms are $4,200 to $4,300 for 1,072 square feet.)

Residents have access to the building’s dog wash, bike storage, garage parking and roof deck, the company said, referring to “condominium-style” apartments with “condo-style floor plans” – meaning, a publicist said, that they’re so spacious that they “have more of a condo-style feel.” Easy access to Route 2 is touted as “appealing to those who may not be ready for a home purchase in the suburbs, but are commuting to the many businesses located in that region.”

“Cambridge is thriving, and these apartments bring vibrance to the already-bustling Alewife neighborhood,” said William Senné, president and chief executive of Senné.

The Concord-Alewife Plan released in 2005 called for 2,192 residential units to be built in the area by 2024, said Doug Brown, president of the Fresh Pond Residents Alliance. “So far, we have built or permitted at least 3,529, with many big parcels still in play,” Brown said Monday. 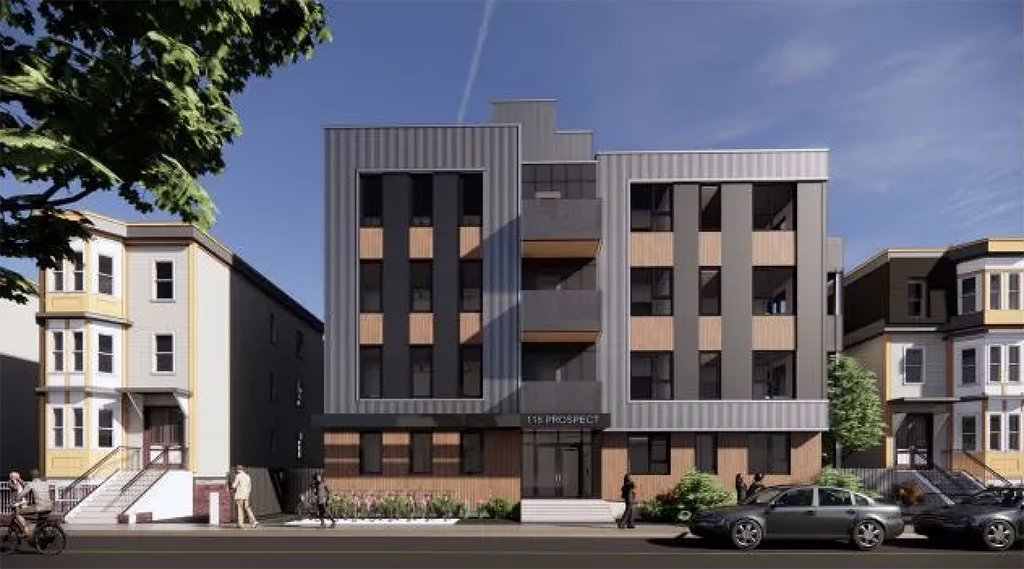 A rendering of the residential building planned for 386 Prospect St. near Inman Square. (Image: Bldup)

Plans call for a four-story, 30,857-square-foot building with one-, two- and three-bedroom units – five of which will be affordable – with an on-site fitness center and roof deck, Eaglebrook said.