‘Moonfall’: When you wish upon these stars, they’re B-listers you can rely on for a good ride 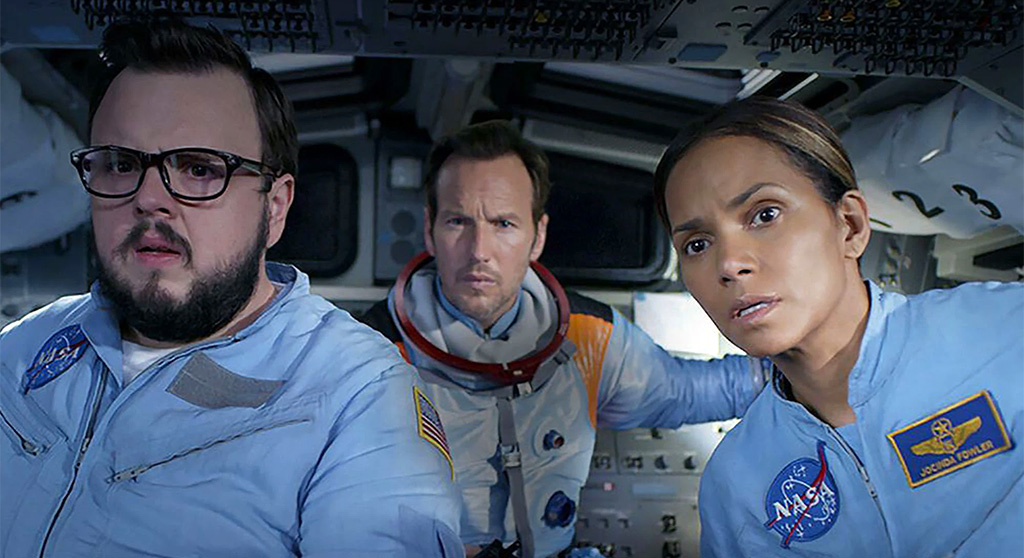 ‘Moonfall’: When you wish upon these stars, they’re B-listers you can rely on for a good ride

The title may sound like a Bond flick, but “Moonfall” is the latest disaster pic from Roland Emmerich (“2012,” “Godzilla,” “The Day After Tomorrow” and “Independence Day”) about, well, the moon crashing into the Earth. True to any disaster film formula, we embed with several diverse parties as the end of days approaches. First up, we have washed-up astronaut Brian Harper (Patrick Wilson, “Little Children”) and his former flight mate, Jocinda Fowl (Halle Berry, “Catwoman”), now head of NASA, who have to figure out why the moon is losing its orbit and heading toward Mother Earth. They’re both divorced and with kids, so the survival of humankind is extra imperative. With them as they launch off on an “Armageddon” (1998)/“Don’t Look Up” (2021)-like mission is a nerdy extrovert with IBS (a very Rickey Gervais-esque John Bradley of “Game of Thrones,” bringing the much-needed comic relief). Down on Earth, Harper’s ex-wife (Carolina Bartczak), new hubby (Michael Peña) and the divorced couple’s 18-year-old son, Sonny (Charlie Plummer), catch up with Fowl’s son (Zayn Maloney) and her nanny (Kelly Yu, who attended the Berklee College of Music).

That pretty much sets the table. The whole why the moon is falling is best left unsaid, though it does have something to do with other life forms and past moon missions – there’s a Deep Throat in the mix that conspiracy theorists should have a ball with. The fun (or not so) stuff are the tidal waves that pitch deep inland, and the intermittent disruption in the gravity field bringing chaos-inducing lifts that at least allow trapped parties to leap across a chasm. There are also some poorly behaved rednecks in a pickup truck looking out only for themselves. Much of “Moonfall” is pure cockamamie, but it moves and clicks with reason and purpose, and Wilson and Berry are hard to resist.

The funny thing about “Moonfall” is that it’s pretty much the antithesis to Adam McKay’s smug “Don’t Look Up,” in which the world has been alerted to our imminent demise and no one cares – or cares only for financial or status reasons. In Emmerich’s B-tier tear, there’s just instant mass hysteria and a stampede for the hills. It’s not as smart or daffy, nor does it have the star power of “Don’t Look Up,” yet feels more honest and real despite the steep grade of plausibility. Like Harper and Fowl pulling an old space shuttle from a museum for the mission, Emmerich’s taken what’s old and worn and made it fly again.