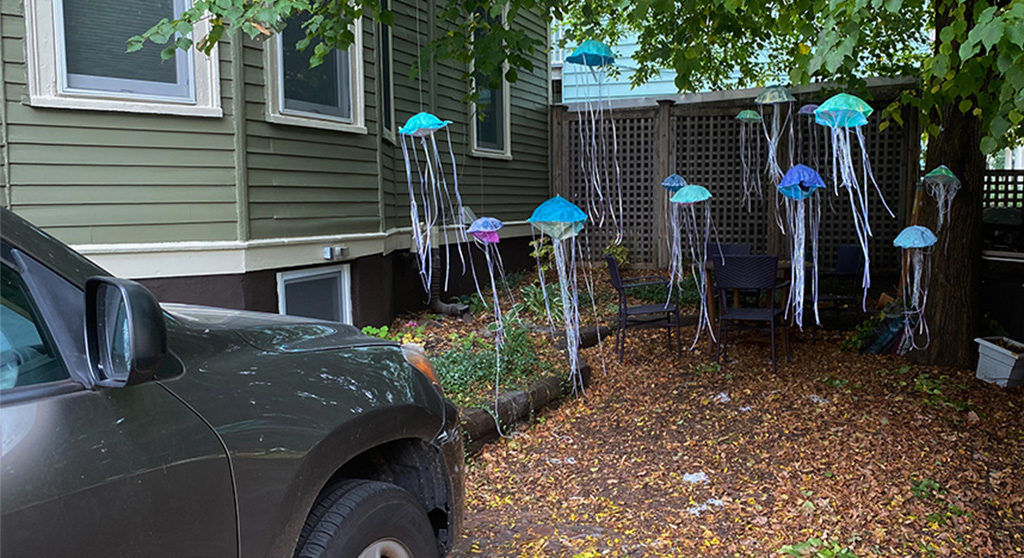 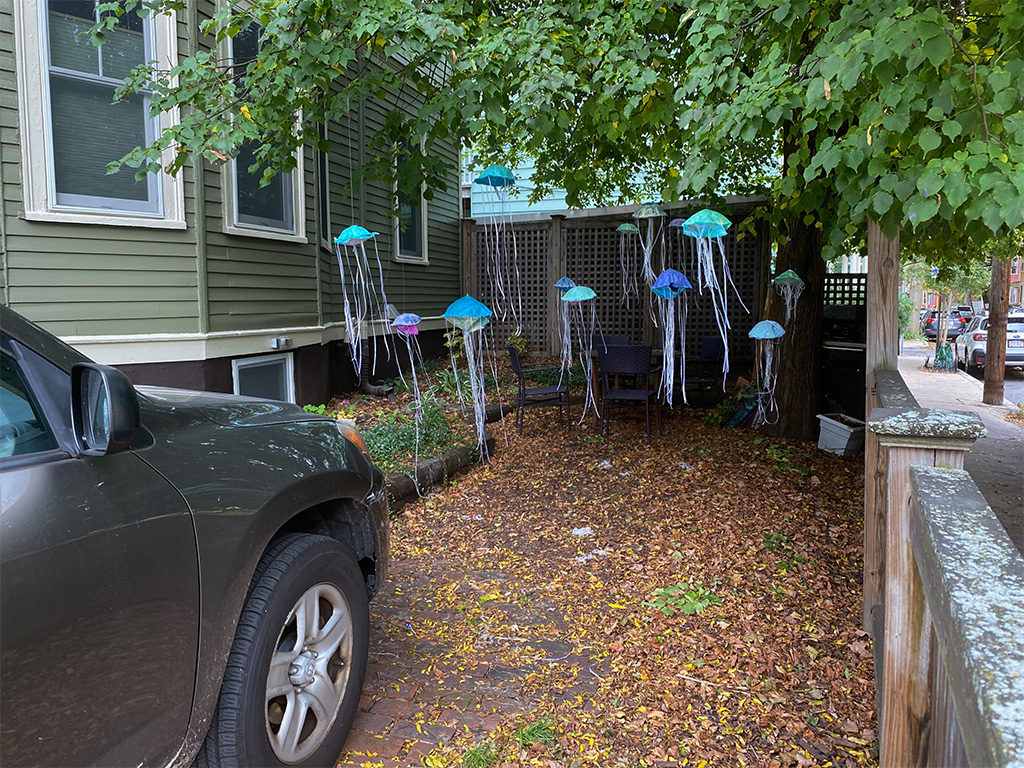 Part of a driveway space at a home on Traymore Street in the Baldwin neighborhood has become a whimsical outdoor leisure area in November. (Photo: Marc Levy)

A plan to remove parking minimums across Cambridge – and have city staff determine commercial parking maximums – needs a deeper look at its effects before action is taken, city councillors decided Monday.

The councillor who proposed the plan Feb. 7, Burhan Azeem, will now hold talks in his own Transportation & Public Utilities Committee before it can make its way back for a vote; he’d hoped to get staff examining zoning law and providing language that would allow property owners and developers to eliminate off-street spaces for cars. One-third of Cambridge households don’t need the parking and could do something else with the square footage, and without a requirement for parking spaces, the city could see more housing, Azeem said.

The approach wouldn’t stop developers from creating parking if they see a demand, backers said, but could avoid the expense of seeking a special permit or variance to adjust the amount of parking project by project.

Change was slowed by councillor E. Denise Simmons out of concern for “unintended consequences.” After stopping debate three weeks ago through use of her “charter right,” she used the time to convince Azeem that more exploration of the plan’s pros and the cons was needed.

“I know that this would be a significant change, and I think it’s important that we do this properly and go through the process,” Azeem said Monday. “I’m hoping that this will be a positive change that the whole City Council can support.”

Supporters among residents such as as Aaron Homer saw the idea as beneficial “in a future with hopefully fewer cars and more public transit and other options.”

There were also voices against the change. More than half of residents who work do it outside of Cambridge, but “we have no city or regional transport, and the number who must drive and park cars vary significantly from one area to another, as does their income level,” said Suzanne Blier of the Cambridge Citizens Coalition. “Ending parking minimums is more about ideology than practice. Let’s be practical.”

In addition to Azeem’s call to have less off-street parking in a Cambridge with fewer cars, more bicycles and – the hope is – more public transportation, the nearly six-hour council meeting including some of an ongoing debate about bike lanes. Their installation along business corridors is reducing on-street parking, which some say will kill businesses.

Azeem’s plan was presented in a pair of policy orders – one removing references to minimums from zoning and another substituting language to the effect that “the city should not require, but still allow, homes to have off-street parking spaces.” The language was also meant to gauge interest among councillors about parking maximums, he said.