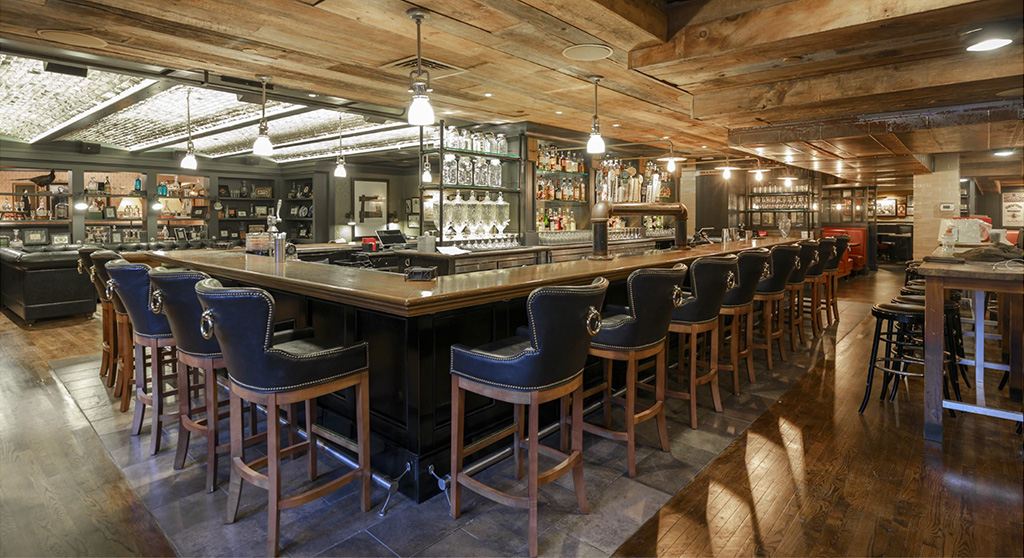 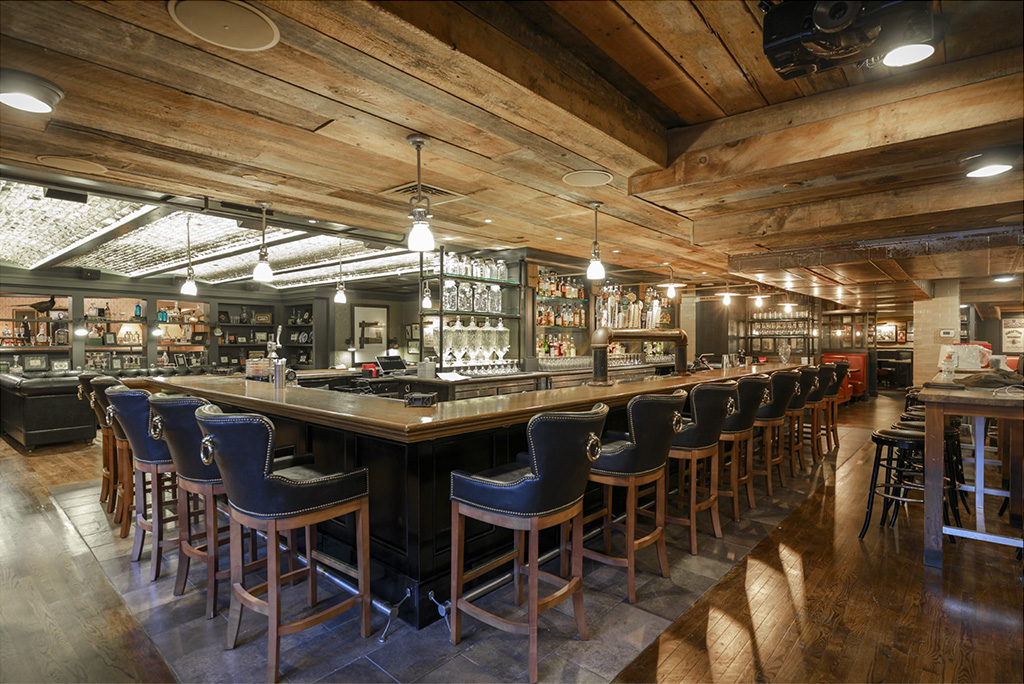 Park at 59 JFK St., Harvard Square, has been redesigned to hold a newly reopened Grafton Street. (Photo: The Grafton Group)

Closed since March 2020 because of the coronavirus pandemic, Grafton has moved to its third home since first opening its doors in 1996, parent company The Grafton Group said Friday. To begin, dinner service will run Wednesday through Sunday from 5 p.m. to midnight; the bar will be open until 2 a.m. Weekend brunch is expected to begin in early April.

Its previous location at 1230 Massachusetts Ave. is becoming a location for the Friendly Toast, a small chain that itself closed a Kendall Square branch to relocate to Harvard Square. It turns the address from a pub into an all-day brunch spot. Park, on the other hand, has had more of a rustic-meets-luxe vibe since opening in the spring of 2012, with soft leather couches and armchairs, bookshelves stocked with vintage titles, reclaimed wood tables and artwork and photography from the 1960s and ’70s. As reworked by Niemitz Design, the look has some similarities: the leather armchairs and a private bar are features of its Den space; there’s a fireplace still in its Parlor area; and the Woodstock Room can seat 30 in its circular booths.

The menu remains what the company calls “a playful take on New American cuisine,” with small and big plates of dishes including chickpea fritters, steamed mussels, spicy calamari or a grilled strip loin. Fish and chips is still on the menu “of course” in a nod to Grafton Street’s Irish heritage, according to a Friday press release.

That makes the swap of Grafton for Park less of a shock – especially with longtime bartender Paul Barry back behind the bar as it reopens. He is the only member of The Grafton Group team outside of Patrick Lee and his founding partners to have been a part of all three iterations of the restaurant, starting with its first opening in 1996, according to the company. Another Grafton Group alum, Tom Borgia, will lead the kitchen as executive chef, and has been part of the team since 2013.

“We’re beyond thrilled and honestly, a little relieved, that we were able to figure out a way to bring Grafton Street back to Harvard Square,” said Patrick Lee, owner of The Grafton Group. “The original Grafton Street was our very first restaurant; 26 years later, it remains the heart and soul of our company, regardless of its street address.”

Grafton Street had a brief reopening last fall, then closed with the arrival of the coronavirus delta variant.

Grafton Group also operates the Russell House Tavern and Hourly Oyster House, which have been open for much of the pandemic. In November, Barcelona Wine Bar was approved to take over the group’s Temple Bar space, opening as soon as this month at 1688 Massachusetts Ave., Neighborhood 9.

The move made sense to Denise Jillson, executive director of the Harvard Square Business Association. “Grafton is Pat’s signature restaurant and had such big following. People really loved it,” she said. “Not that Park was unpopular!”

Friendly Toast says it will not reopen in Kendall, hints at post-coronavirus future in different site