Tacos and tequila with a spin at Mex

Tacos and tequila with a spin at Mex 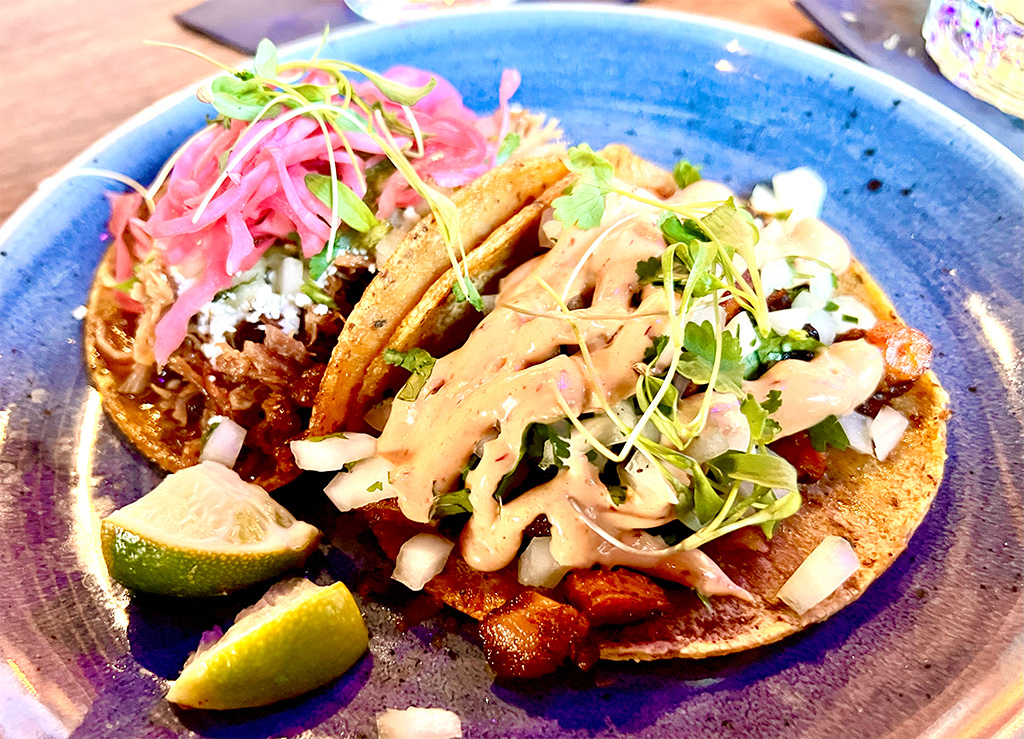 Mex, the big sister rendering of Mexcito, the street food lunch stand by the Broad Canal in Kendall Square, opened just before Christmas. Part of the Main Street eatery portfolio that includes high-end Italian spots Sulmona and Amelia’s Trattoria, Mex can be different things depending on when you arrive and what you’re looking for: Come late for a club ambiance, come early for the casual taco cafe or chill tequila bar aura. Similar to Felipe’s in Harvard Square, Mex is a multilevel eatery serving simple yet high-quality street food, replete with with a tequila bar and a roof deck. Mex is a bit more laced-up than Felipe’s, as you don’t order cafeteria style and then sit; your tacos, street corn, quesadillas and guac are all kitchen-prepared and served to you – formal casual, if you will. It’s a unique space with a spare but festive atrium. Cozy street-side cafe tables perched on a second-floor landing look down into the tequila bar below, and a tricked-out chrome, low-rider bicycle hangs suspended and spinning in the middle of it all.

The menu is tight and taco-focused, which is where I spend my time. My bartender was a big fan of the carnitas and al pastor (braised pork and pork shoulder). Being a flexitarian, I was leaning toward the pollo asado but decided to roll with the carnitas and octopus chorizo. The tacos came served in single, thick corn tortillas, soft and pliable and able to absorb the juice from their fillings; usually tacos like this come double wrapped and there’s too much tortilla, and if there’s a single tortilla it either falls apart from the juice or has been crisped on the grill too long (and also falls apart). The carnitas taco, as advertised, was excellent – simple, juicy and rendered with care, a simple tomato and onion salsa topped with a queso fresco. The octopus chorizo taco was also a palate pleaser, with crispy potatoes and a slightly spicy chipotle aioli in the mix. The tacos are not super big, nor are they inexpensive ($13 for the carnitas and $19 for the octopus chorizo). They come two to an order, which makes for a light meal or snack; when I ordered I was able to mix and match the two kinds of tacos I wanted on my plate. On another visit I did get that chicken taco, and it simply did not compare to the others. Others on the menu that intrigue are the lobster taco (market price), sushi taco (spicy tuna or salmon), a classic Baja of butter-fried shrimp and mango salsa (yum) and the one that really piques my culinary curiosity, a verduras mixtas with oven-roasted king mushroom oysters and sweet potatoes. 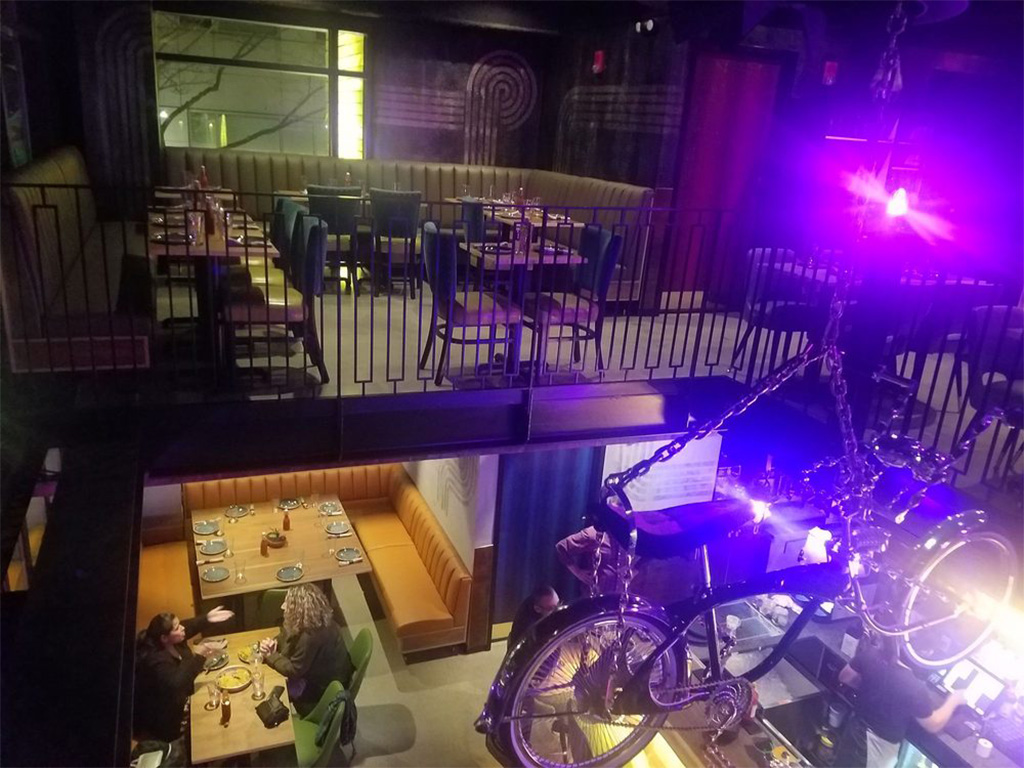 Mex has a second inside level of dining that looks down on the ground-floor tequila bar. (Photo: Bob T. via Yelp)

The margaritas were pretty good too, not heavy or mix-like in taste and pleasantly smooth, though lacking that necessary tequila bite. I tried the Resting Ginger, a basic marg with ginger and sugar on the rim, and found it cloying. The basic house marg (called the De La Casa), was simple and more classic for my money and taste. As far as that club vibe goes, that’s a bit overstated: Mex is open from 3:30 to 10 or 11 p.m. depending on the day and serves mostly the bustling Tech Square/MIT crowd. As work lets out and people unwind, the bawdy dial gets cranked up a few notches with that atrium amplifying the festive din and pulsating music.