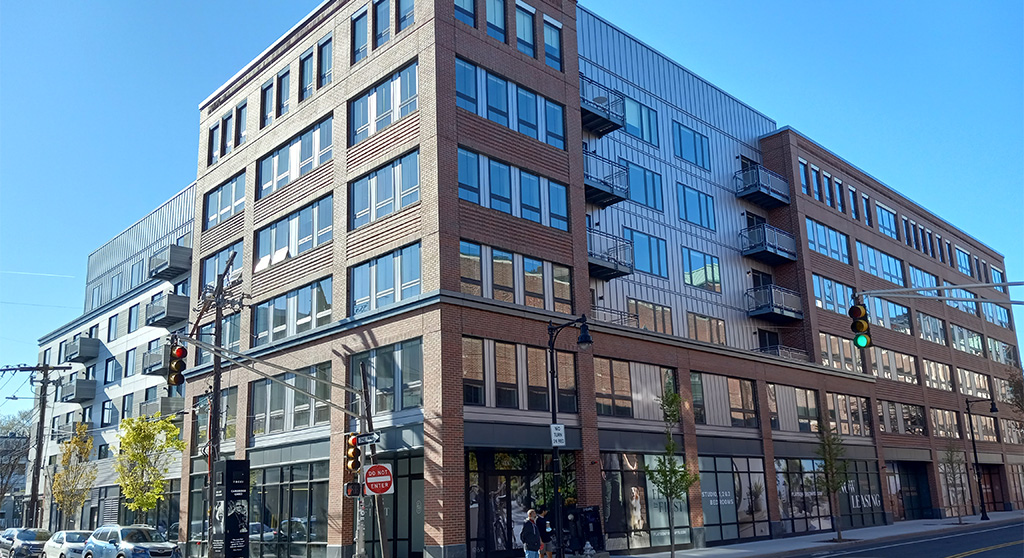 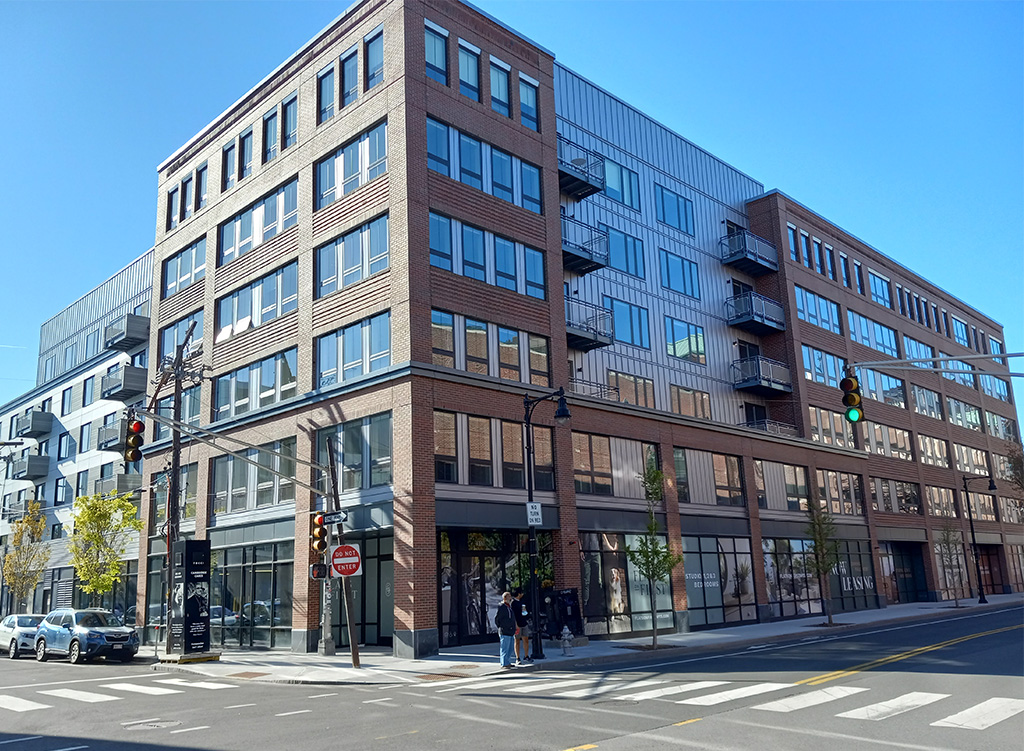 The Kendall East apartment complex includes space at 99-119 First St, once a Petco with a parking lot. (Image: Urban Spaces)

A 136-unit apartment building originally announced to be finished in 2020 – in an estimate from March 2019, before the Covid pandemic – has been completed and sold in Kendall Square.

Flats on First (once called Kendall East) was finished in mid- to late March on parcels at 99-119 First St., 18 Hurley St. and 29 Charles St. It sold for $103 million, split over two deeds, on April 14, according to developer Urban Spaces.

The buyer was an affiliate of Barings, an international investment management firm owned by Massachusetts Mutual Life Insurance. The sale was structured a little over three years ago, said Biria St. John of CBRE Capital Markets, which represented Urban Spaces in the deal.

The First Street location across from the CambridgeSide mall was once a Petco and its parking lot, as well as Urban Spaces’ own headquarters, but has become a 136-home, two-building apartment complex with 15,800 square feet of retail at its base. The buildings, one four-story and the other six-story, share a two-level underground garage with 142 parking and 159 bicycle spaces beneath a half-acre green space. The retail spaces were to have another 23 surface parking spaces, Urban Spaces said in 2019. The buildings have a large clubroom, fitness center, roof deck, open-air amphitheater and landscaped courtyard.

There are a mix of studios and apartments with one, two and three bedrooms, the company said. Sixteen of the 136 units will be designated as affordable. A publicist for Urban Spaces said it was not clear Monday if the buildings had their certificates of occupancy so tenants could start moving in. The Flats on First website offers tours.

“I’m proud of our team for developing these two beautiful brick buildings and of the contribution that they will make towards energizing the neighborhood,” said Paul Ognibene, chief executive of Urban Spaces. “The completion of Flats on First marks the next milestone in our ongoing efforts to continue to transform the First Street Corridor into a true mixed-use neighborhood.”