‘Crimes of the Future’: Familiar themes are fuel for more delicious creepiness from Cronenberg 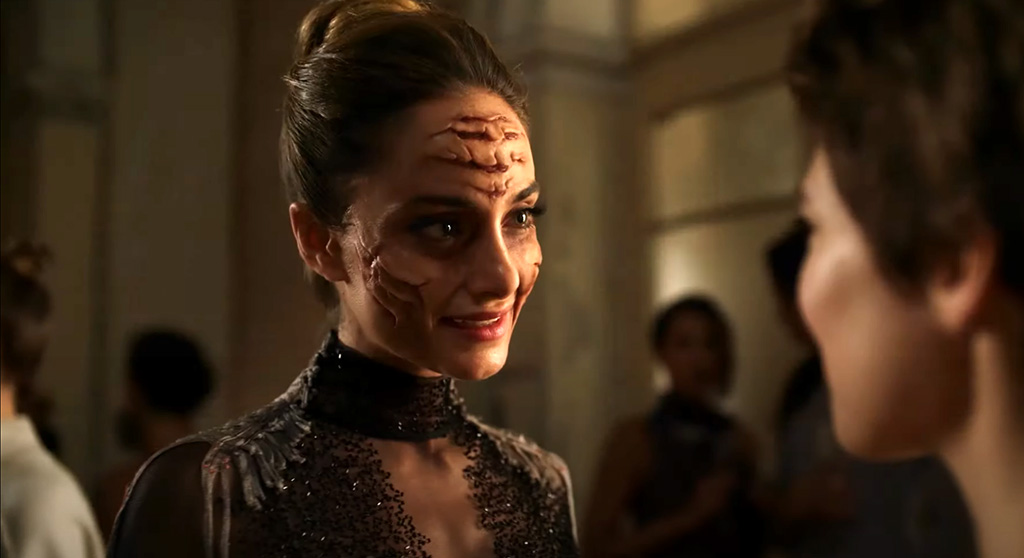 ‘Crimes of the Future’: Familiar themes are fuel for more delicious creepiness from Cronenberg

It’s been eight years since David Cronenberg last made a movie. That film, “Map to the Stars” (2014) and his previous effort “Cosmopolis” (2012) were decidedly un-Cronenberg-esque, not that the director hadn’t stepped away from his psycho-horror roots before (“M. Butterfly,” “Naked Lunch” and “A Dangerous Method” among the many). The good news for Cronenberg purists – those who admire “The Fly” (1986) and “Dead Ringers” (1988) but burn for “Scanners” (1981), “Videodrome” (1983) and “Rabid” (1977) – is that “Crimes of the Future” marks a devilish return to the director’s fetish-fueled eroticization of gore and body mutilation. “Dead Ringers” and “Videodrome” stand at the head of that list, but more visceral and perhaps even more erotic than “Dead Ringers,” if that’s even possible, is Cronenberg’s adaptation of J.G. Ballard’s novel “Crash” (1996) about ecstasy seekers who literally get off on others’ mangled flesh and scars from willfully triggered automobile collisions. If the title piques your Cronenberg sensibilities, it was the title of his lightly regarded feature from 1970; while it has some thematic overlap, it’s not the same movie.

“Crimes” lands us in dystopian near future, when people grow new organs inside their bodies as a hobby. Pain is no longer an impediment and surgery, we’re told, “is the new sex.” The film centers on Saul Tenser (Viggo Mortensen, Cronenberg’s go-to collaborator, their best and finest being the 2005 crime drama “A History of Violence”), a renowned performance artist whose jam is growing radical organs in his abdomen and having his amour, Caprice (Léa Seydoux, dour and stunning), remove them onstage for an intimate underground audience to ooh and aah over. In context and theme the film weaves together Cronenberg signatures almost as if it is a farewell celebration of sorts: There’s that noted sexualized fetish frenzy from “Crash,” the notion of “the new flesh” from “Videodrome” and even an internal organ beauty pageant, something that was touched upon in “Dead Ringers.” Of all Cronenberg’s varied works, however, “Crimes” is most akin to “eXistenZ” (1999) with its array of skeletal, buglike animatronic devices that perform surgery and cocoon Saul at night to help nurture his new organs into being. Those sets and designs were eerie and surreal back in 1999 but now feel a bit dated and gimmicky, if not hokey. That said, the concept of evolution police and a national registry of new organs (they’re tattooed and tagged) intrigues, as well as the sub-race of what we might call mutants who can, with organ manipulation, consume plastics and other industrial waste – a handy parlor trick that doesn’t get explored enough in the context of plastic atolls or climate change.

The driving force of “Crimes” is Mortensen’s weary yet soulful performer, pasty, wan, vampirelike and forever in a cloak like a grand wizard. There’s a heaviness he bears from a clear physical and emotional toll. He’s a man on edge and asked much of by many; those at the registry (a breathy Kristen Stewart and an excellent snappy, nerdy Don McKellar) who fawn over his work and want more (even to be part of his show), the police (Welket Bungué) who want to put a lid on radical organ generation, and the leader of those plastic-consuming rebels (Scott Speedman) who wants Saul to feature the body of his murdered son in one of his pieces. What Saul wants is unclear, though you can feel his camaraderie and passion with Caprice. In one of the more arresting scenes, after having old-school sex with her, Saul brushes the act off as something of a burden and blessedly archaic, which is the true crime of Cronenberg’s future vision.