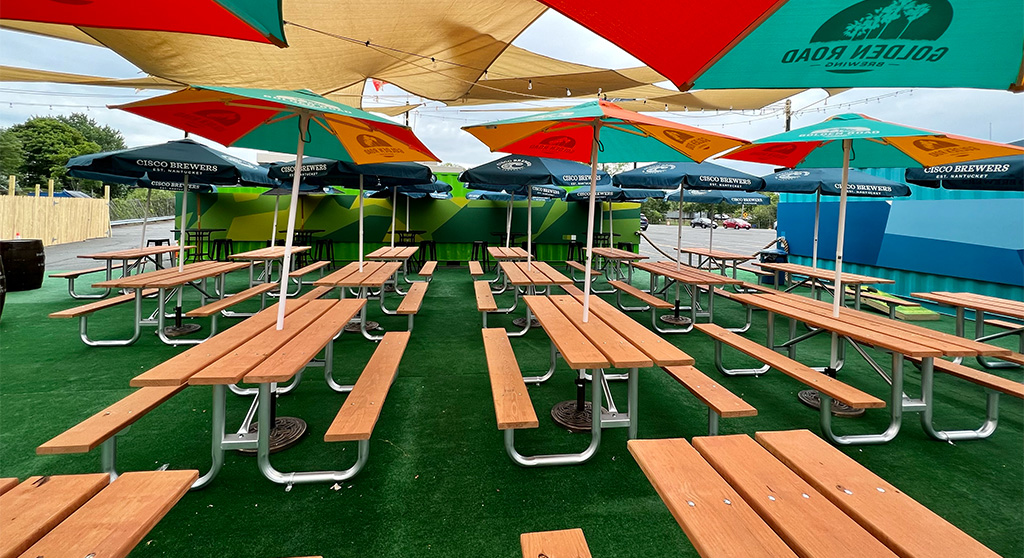 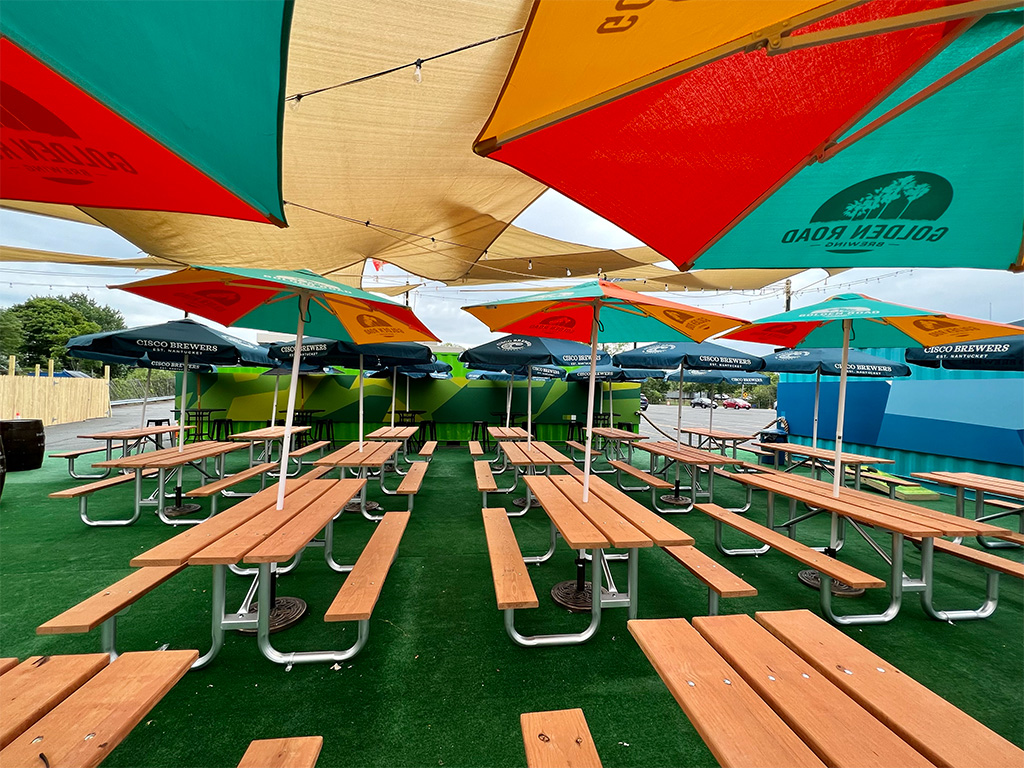 Can’t say that I thought a beer garden in a parking lot near commuter rail and the bustle of the Fresh Pond Parkway would be a good idea – the noise, the sun, the tarmac exposure. But, boy, was I wrong. The newly opened Fresh Pond Beer Garden, a collaboration of the owners of The Phoenix Landing in Central Square and First House Pub in Winchester, makes for a pleasant urban oasis with plenty of shade (every bench has its own shade umbrella, and there are streamers above that) and space (seating for 188, and more than double that in capacity). You’re not on sun-spiked asphalt but a cool, sprawling astroturf carpet by a tiki-style bar with a robust offering of locally crafted brews (Cisco, Night Shift, Wormtown, etc.), as well as Guinness, other taproom mainstays and a full bar offering. (The cucumber gin and tonic sounds like a summer hit.) Plus there’s cornhole to play and plenty of water dishes set out should you bring your pooch.

The garden, next to Apple Cinemas, is reachable easily by car (and has ample parking), public transit (Alewife Station is a half-mile away) or bike. Since it’s in a soft opening, food isn’t quite a full-on thing yet. Food trucks are coming, and there is a partnership with nearby Ma Magoo’s Pizza & Sub Shop, ensconced in the area for well over 35 years. Order online or call (that’s what I did) and they’ll zip your food over to you in no time. 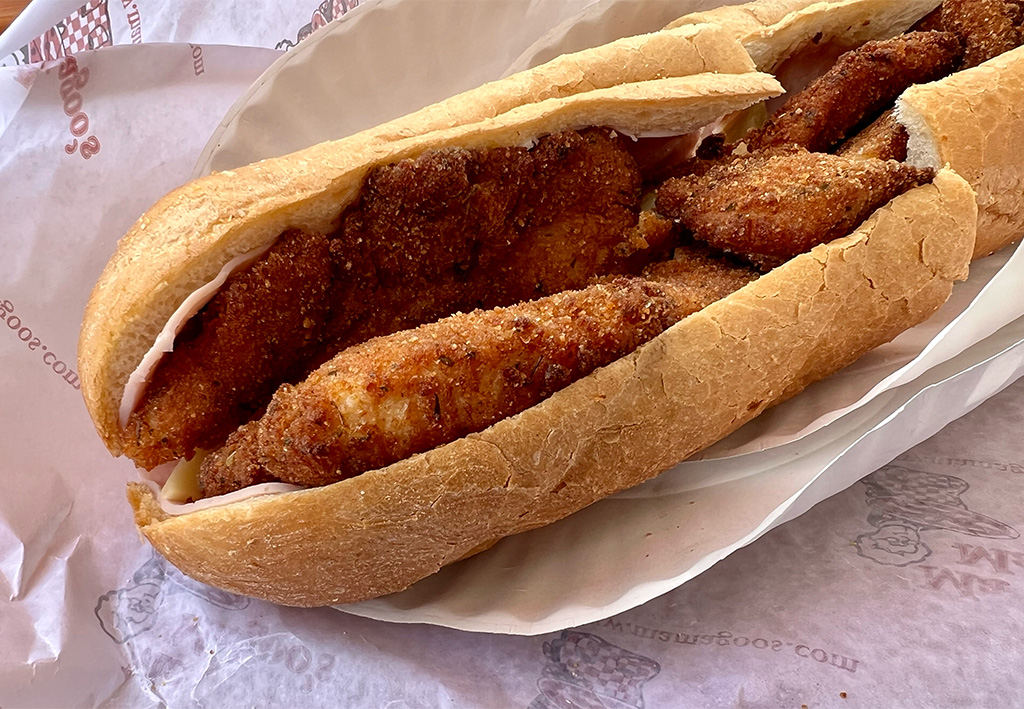 I hadn’t eaten at Ma’s in a while, but it’s really good casual fare. For my maiden visit I had the chicken cordon bleu sub. The chicken came fried, but lightly and tenderly so (cooked through, but quite moist), with thinly sliced ham and cheese tucked underneath to meld in when wrapped for delivery. I ordered a large, which is lunch enough for two – I ate pretty much the whole thing and needed nothing else for the rest of the day. My lunch mate, a fan of Ma’s from the past, was nostalgically pleased with the fried haddock sub (“fresh” was the word). As far as the pizzas go, Ma’s is Greek style (the East Coast Greek immigrant spin has a thicker, doughier crust than the Italian style, but is not Chicago- or Detroit-thick); on social media boards, its fried chicken fingers and seafood dishes get hailed regularly. Back in the day, I did the Big Brothers Big Sisters program; my “little” is now in his 30s and just (I proudly say) graduated from Yale with a master’s degree, but when he was a true little, Ma’s was his favorite place for pizza. The thing I recall from those regular visits was a knockout meatball sub, which I now have on my radar for another lunch run.

The Fresh Pond Beer Garden is open seven days a week from 11 a.m. to 11 p.m. or to midnight on weekends. There are TV screens for sports (soccer fare will be a focus, as at Phoenix Landing) and port-a-potties nearby. DJs and events such as whiskey tastings are in the works, but it’d be cool if it partnered with Apple to show some films in the parking lot.