‘Where the Crawdads Sing’: Accused of a murder in a tale as sodden as the marshes in which it’s set 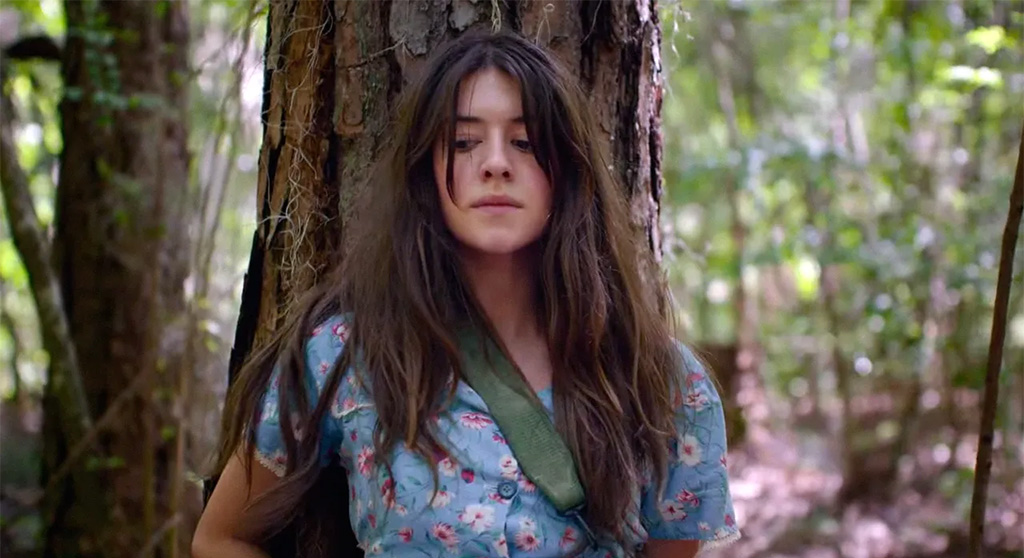 ‘Where the Crawdads Sing’: Accused of a murder in a tale as sodden as the marshes in which it’s set

Delia Owens’ bestselling novel, “Where the Crawdads Sing,” gets spun into a feature film by Olivia Newman (Paul’s daughter, whose directing has been mostly on TV such as “Chicago Fire”) from a script by Lucy Alibar (whose only other major credit is the stage play that inspired the 2012 indie dystopian hit “Beasts of the Southern Wild”). The result’s highly watchable, even if it feels like Southern-fried Nick Sparks pablum. The drive is the mysterious death of a coastal Carolina town’s golden boy, Chase Andrews (British actor Harris Dickinson, “The King’s Man”) who fell from an observation tower in the middle of a marsh far from any eye, where only the crawdads and marsh rats venture. There’s no tracks at the site, coming or going, and a trapdoor in the tower is left unlocked and open. Foul play is assumed. Kya Clark (Daisy Edgar Jones, “Normal Life”), known around town as “Marsh Girl” because she lives alone in a hut in the swampy remotes, becomes the primary suspect not only because she’s strange and othered, but because she was the covert lover of said it guy.

Natch, we get a backup and rewind to Kya growing up in that shanty with a father (Garret Dillahunt, surprisingly compelling in a one-note part) who’s perpetually boozed up and beating his wife and brood. Over the years, all but Kya leave and one day Pa just ups and goes too, leaving 6-year-old Kya (Jojo Regina) to fend for herself. Hard to believe Ma (Ahna O’Reilly) would walk out on at-risk kids, or that the older sibs would too, but sure enough Kya learns how to cope with the monster and after he’s gone gets looked after by an effusively compassionate and gentle African American couple (Michael Hyatt and Sterling Macer Jr., likable in egregiously stereotypical depictions) who run the dockside general store down the meander. Little Kya evades most adults and makes her way around in a ratty Boston Whaler. Later, as a young woman, she’s roundly shunned as an untamed creature of the reeds, yet young men such as Chase and Tate (Taylor John Smith) take to her enigmatic, feral charms – though neither will be seen with her in public. Once that’s all square, the film settles into a “To Kill as Mockingbird”-like trial with David Strathairn (“Nomadland”) playing the part of Atticus Finch as Kya’s solemn yet gentlemanly defender in Tom Wolfe attire.

The ebb and flow of the courtroom proceedings intrigue for a while, but as holes are filled in with more flashbacks, plausibility starts to go out the window. Don’t get me wrong, Strathairn and Jones put in solid turns; it’s just that their subtly strong, inward performances deserve material that is interested in those efforts, not this forced heartstring-tugging and these strained plot twists. The project has strong allies in Reese Witherspoon, who embraced Owens’ book and serves as a producer, and pop star Taylor Swift, who provides the film’s apt theme song, “Carolina.” The real eye-grabber is the fact that Owens’ novel was her first fiction at the age of nearly 70 – and that her stepson and husband are implicated in an unsolved murder of curious circumstance that took place in Africa nearly a decade ago. Inspiration? If you’re up on the deets, the film’s final frames take on an eerily different tone than what’s on screen.