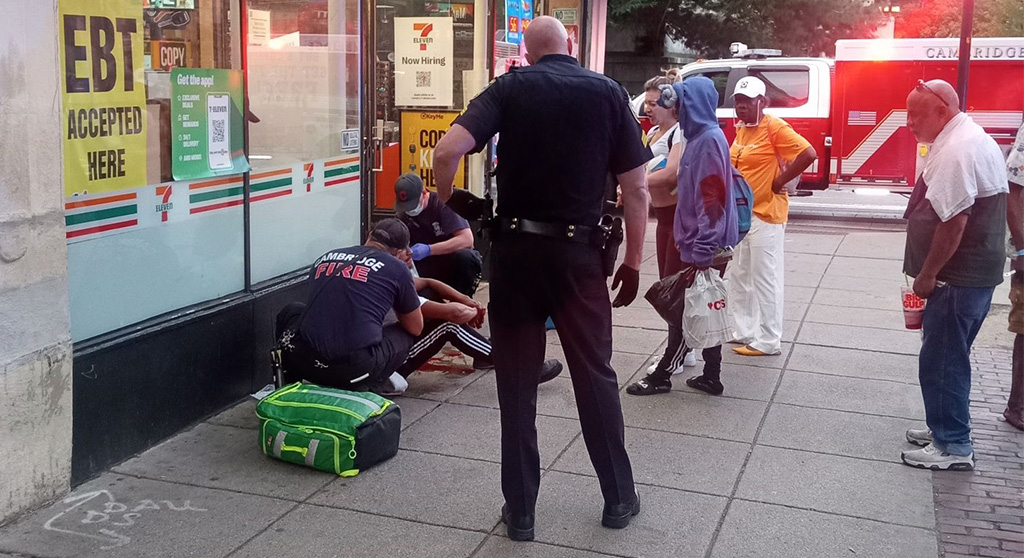 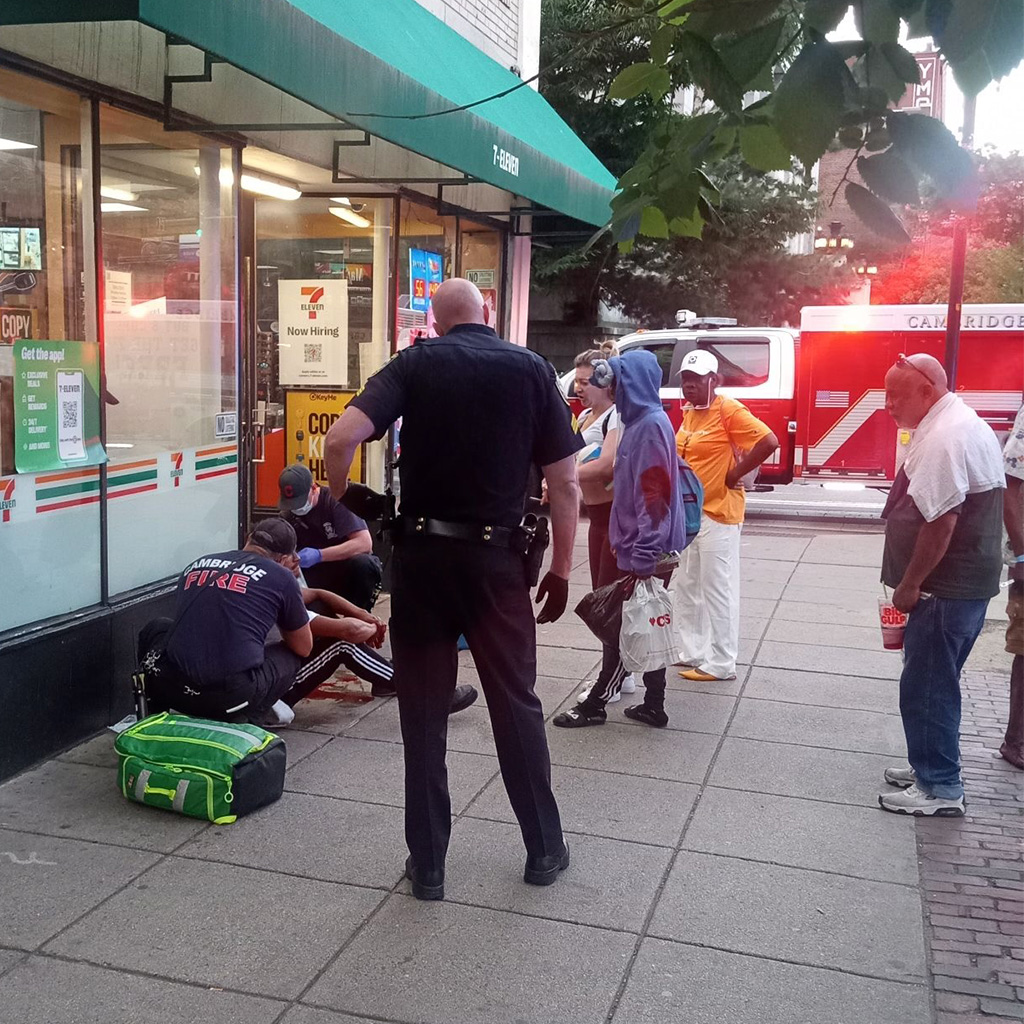 Four people are in police custody and have been named as suspects in a late-evening double stabbing in Central Square on July 10. Police said Monday that they aren’t looking for anyone else in connection with the crime.

In announcing the arrests of four people Monday in the Central Square area – one unhoused and the others from Chelsea or Boston – police named charges that suggest what was behind the stabbings: Two of the suspects are charged with assault and battery to collect a loan and armed robbery, implying that the victim owed money and that the attempt to collect it was nearly fatal. “The motives for the stabbings are believed to involve a debt regarding drugs/money owed,” said Pauline Wells, police deputy superintendent.

That victim was stabbed twice in one day. The first was at around 4 a.m. at Massachusetts Avenue and Pleasant Street in Central Square – near the 7-Eleven at 750 Massachusetts Ave. that’s across the intersection from City Hall, after which he came to a hospital emergency room, was treated and left late Sunday morning while refusing to answer police officers’ questions. The second was at 8 p.m. by McElroy Park at Western Avenue and Franklin Street, in Riverside just south of Central Square. A friend was stabbed with him when trying to stop the second assault. One victim made it as far as that 7-Eleven; the other collapsed about a block away.

“Fortunately, neither of the stabbings proved to be fatal, and both victims are expected to recover,” said John W. Boyle, deputy superintendent of night operations for the Cambridge police.

Since July 10, police have been “working closely with residents, businesses and other community partners” to investigate the stabbings, Boyle said.

The suspects named by police, all expected to be arraigned Tuesday in Cambridge District Court, are:

Dakari Henderson of Boston, charged with armed assault with intent to murder; and assault and battery with a dangerous weapon.